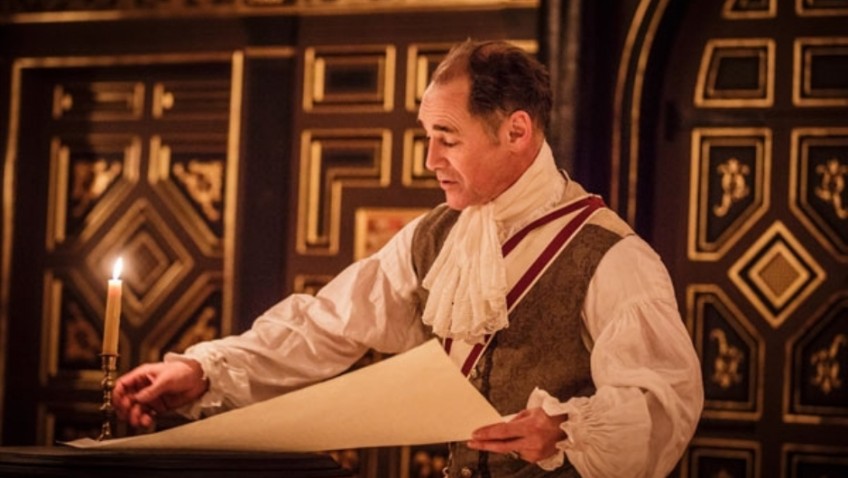 The therapeutic power of music is well-known

Farinelli (1703 – 1782) was the stage name of Carlo Brochi, the famous Italian castrato singer, and one of the greatest singers of all time. He had been castrated when he was 10 years old to conserve his voice, the fate of many Italian boys – 4,000 a year – in the early 1700’s.

Women regularly fainted when they heard Farinelli’s extraordinary voice. He wowed all Europe and then, when he was only 32, he gave it all up to sing for an audience of one. What a waste!

In 1737, at the invitation of the Queen of Spain, he went to Madrid to the court of King Philippe V and stayed for 25 years, singing eight or nine arias every night just for the king.

Philippe, grandson of King Louis IV, was a manic depressive and his melancholia was eased by Farinelli’s singing. Mark Rylance, the first artistic director of Shakespeare’s Globe, plays the bipolar king, a whimsical dreamer, who talks to his goldfish and to his clocks.

Rylance’s wife, Clare van Kampen, the former director of the music department at the Globe, is the author of this flawed but very enjoyable and witty play, a curiosity, which is directed by John Dove.

The indoor, miniature and candlelit Sam Wanamaker Playhouse (which is on the same site as Shakespeare’s Globe Theatre) is the perfect venue for the period music and the intimacy of the drama.

Rylance, always at ease with his audience, handles the humour and anachronisms with great charm and remains likeable; even when he is being cruel to his devoted wife (the delightful Melody Grove).