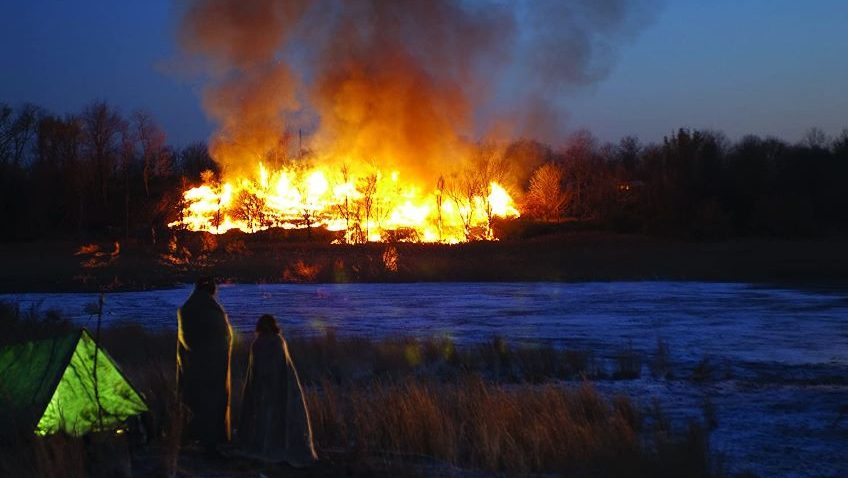 The ultimate post-apocalyptic survival novel comes to the big screen.

The ultimate post-apocalyptic survival novel, Cormac McCarthy’s classic, The Road, has been faithfully adapted for the screen by the playwright and scriptwriter Joe Penhall (Enduring Love, The Long Firm), and directed by John Hillcoat (Frankie and Johnny, The Proposition). Even those who find McCarthy’s writing style infuriating will concede that The Road is a powerful tale of the relationship between a desperate, literally self-sacrificing father, and his traumatised young son. Imagining the novel’s dystopian landscape, however, is a far more compelling and frightening experience than watching it being enacted, almost scene by scene on the screen, albeit with a stellar supporting cast including, Robert Duvall, Charlize Theron, Molly Parker and Guy Pearce.

Despite these names, the film is basically a two-hander about a nameless widower (Viggo Mortensen) and his young son (Kodi Smith-McPhee), who are travelling south to the sea through an inhospitable landscape some ten years after the world was all but destroyed by an unnamed disaster. Flashbacks show that the man’s wife and the boy’s mother (Charlize Theron) opted for suicide rather than the near certainty of rape and murder, if not starvation and death, on the road. As the two bereaved souls she left behind trudge on, you can be forgiven for thinking she made the right decision.

The man vows to protect their son and convinces the frightened boy that the human spirit can endure more than either of them can imagine while remaining essentially good. Along the way they meet a scattering of survivors divided between “the good guys”, like them, and “the bad guys”, who have become cannibals. In fact, the man, who has become a practical survivor for his son’s sake, is far less willing to dish out charity than is the boy.

Though convincing and with the rugged good looks and shabby clothing of a man whose recent existence has taken its toll, Viggo Mortensen is wasted on a role that any number of actors could have done as well. We are, however, treated to Mortensen’s signature nudity on two occasions in the film, both involving bodies of water. In the scene where the man struggles to pull an arrow from his leg with only his nose and high cheek bones showing up from under his beard, Mortensen resembles the hapless Willem Defoe in last year’s Anti-Christ. The casting of Smith-McPhee as the boy is more fruitful as he bears an uncanny resemblance to Charlize Theron.

Hillcoat’s talent was recognised with The Proposition, a gritty, atmospheric tale of man’s cruelty to man and what it takes to survive in a merciless world. He didn’t have to try to repeat his accomplishment, as The Road is already the dystopian vision that Hillcoat reverently reproduces and one that is easily visualized when reading the novel.

Despite a hopeful ending, the film, which lacks any character development, wit or respite, is so relentlessly bleak that it is hard to recommend it to anyone but die-hard McCarthy fans. Then again, McCarthy fans have read the book and the film, while well made and acted, adds nothing to the reading experience.