Home / LIFESTYLE / REVIEWS > / THEATRE REVIEWS / The Mountaintop: Behind the closed door of room 306 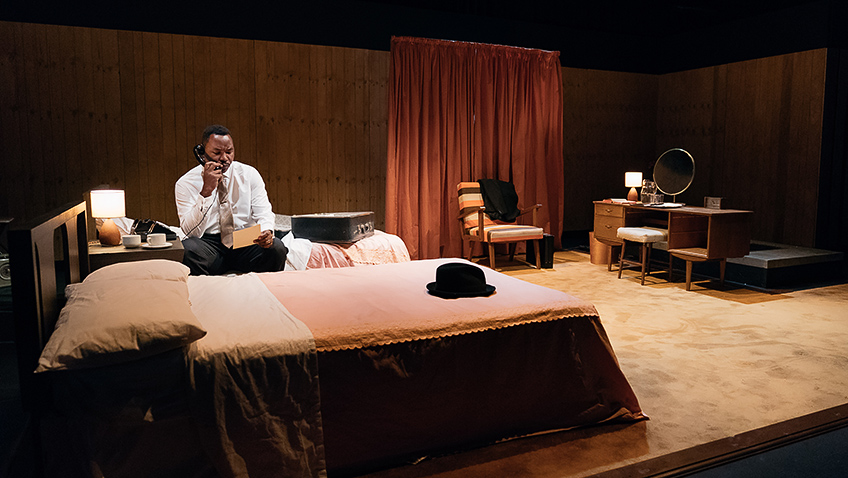 The Mountaintop: Behind the closed door of room 306

The Young Vic’s sell out production of Katori Hall’s Olivier Award-winning The Mountaintop, directed by JMK award-winner Roy Alexander Weise, is touring the UK this autumn.

Katori Hall’s The Mountaintop, premièred at Theatre503 in 2009, transferred to the West End in 2010 and won the Olivier Award for Best New Play. Following its West End run, the play opened on Broadway in October 2011 to critical acclaim.

The play is a fictional depiction of Dr Martin Luther King Jr’s last night. On the night before his assassination, having just delivered a speech to a Memphis church congregation, Dr King retires to room 306 in the Lorraine Motel. When a mysterious young maid from the motel visits him, Dr King is forced to confront his past and the future of his people.

The play received rave reviews and was most recently commended for being a ‘skilled examination of the issues of racism that still linger in today’s world; a reminder of the beliefs that spurred on the fight, and the work that must carry on.’ (Broadway World, ★★★★).

The Mountaintop chips away at the myth surrounding the great man to expose his fears about his family, his past, his ideals and his hopes for the future, all in the shadow of an ever-looming threat of a violent death. 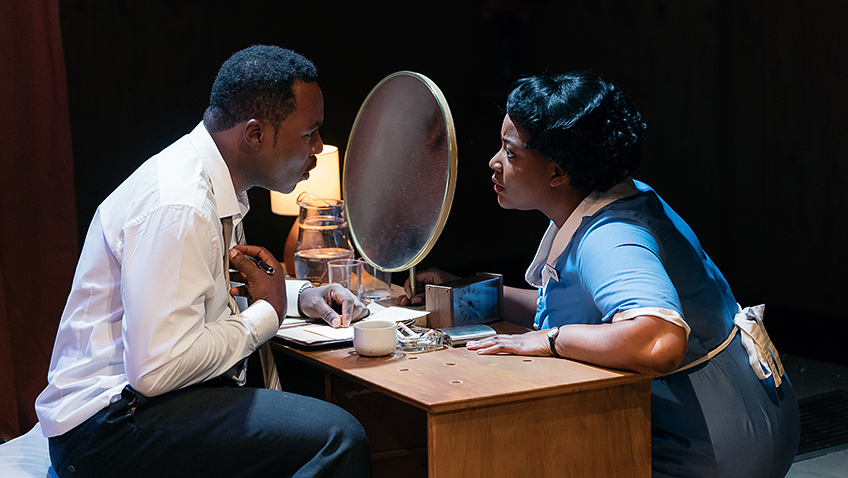 Gbolahan Obisesan and Rochelle Rose in The Mountaintop

Set during the height of America’s Civil Rights Movement, Katori Hall‘s sharp and powerful play confronts the legend and his legacy. Are we really free or do we live in a world of false liberation?

The Mountaintop is on tour until 1st December:

For more information and to purchase tickets, please visit the theatres websites.