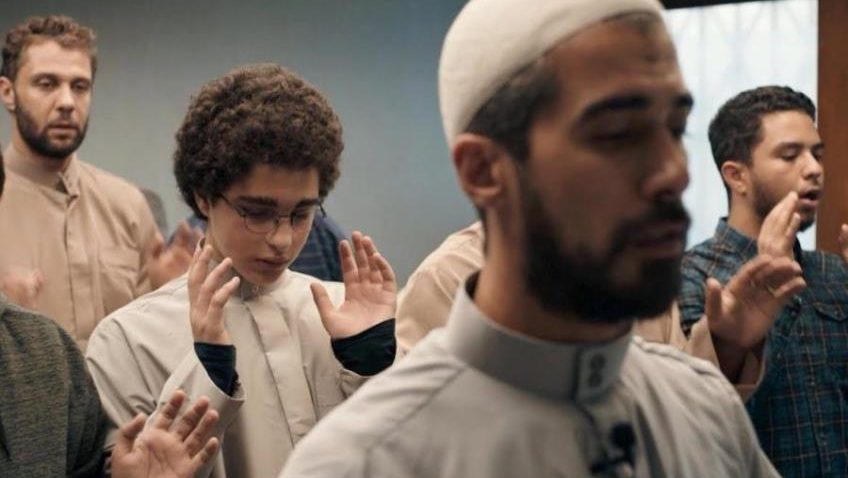 The Dardenne Brothers’ confront extremism in their home town.

Despite winning the Best Director award at last year’s Cannes Film Festival for Young Ahmed, writer-directors Jean-Pierre and Luc Dardenne have been mauled by many critics for the film, and perhaps for their audacity, as white, middle-class, European filmmakers, in making a tragedy about a young Muslim groomed by a rogue Imam to be a terrorist.

Whatever your view of the film, from the first second you will be absorbed in the immediacy and fluidity of their filmmaking. There is no denying the Dardenne brothers’ style and aesthetic, which is as recognisable as is Frederick Wiseman’s in the field of documentary filmmaking. That the brothers began as documentary filmmakers might be gleaned from their hyper-naturalistic, slowly observed scenes, their use of first time and non-professional actors, the restrained use of background music and sound effects, and the presence of a socio-economic context for their stories, almost of which are set in Seraing, the industrial, working class municipality in the province of Liège, Belgium.

If the plots of their character-driven films are inseparable from the socio-economic problems of Seraing, the brothers are not polemicists or sociologists. They refuse to lecture, deliver messages or use their characters as types or symbols. The films’ moral ambiguity, psychology and emotions are far more subdued than in the films of Ken Loach and their films, all invite debate and discussion. Many of the films, notably Rosetta, are layered enough to invite more philosophical and spiritual readings.

The brothers often use troubled teenagers as their protagonists but in Young Ahmed, the eponymous protagonist is their most problematic. The film is their bleakest and its release is remarkably timely. We have recently seen the opening of the trial of the “Charlie Hebdo” murders of 7 January 2015. Ten months later, in November 2015, the largest attack on French soil since WWII occurred leaving 130 dead and over 400 injured. All nine known perpetrators of the November 2015 attacks had a connection with the Molenbeek-Saint-Jean neighbourhood in Brussels, whose population is 25% Muslim.

In 2016 and 2017 a series of ISIS, sponsored explosions and killings took place in Brussels itself. In May 2018, the terror moved to the Dardenne Brothers’ home in Liège when a so-called “soldier of the caliphate” stabbed two female police officers before taking their guns and shooting them dead. The Dardenne Brothers might not be the most politically correct directors to react to these Belgium connections, but no one else has.

While Seraing has an industrial history, the Dardenne brothers’ award-winning film, L’Enfant and several others shot in Seraing, are concerned with characters living in poverty. In L’Enfant, a young father surviving on welfare cheques sells his new baby on the black market. In the Silence of Lorna, two Albanians who dream of setting up a snack bar, become embroiled in a criminal plot when they try to raise the money. In the Palme D’Or winning masterpiece, Rosetta, a teenager with an alcoholic mother seeks to escape a cycle of poverty.

We know nothing of thirteen-year-old Ahmed’s (Idir Ben Addi) background when the film drops us into the story in medias res. Ahmed is impatiently finishing a math’s lesson in order to go to the mosque. We later learn that he has dyslexia and his hardworking, devoted teacher, Inès (Myriem Akheddiou) is giving him extra help when he runs out to go to the mosque without saying goodbye. “A true Muslim doesn’t shake a woman’s hand”, Ahmed proclaims self-righteously to Ms Inès, adding that the rest of the students in his class, who do shake the teacher’s hand, are not true Muslims.

At home he labels his exasperated, white mother (Claire Bodson), an alcoholic (there is no evidence of this), and calls his older sister a whore for dating and the way she dresses.

This castigation of westernised women and Muslims are two doctrines planted in Ahmed’s head by his local imam (Othmane Moumen), an extremist straight out of central casting. Later, Ahmed attends Ms. Inès’ Arabic class, but is demonstratively critical because Inès modern, spoken Arabic is not from the Qur’an. Ahmed goes further and proclaims that he cannot discuss the Qur’an with a woman. When the debate heats up, Ahmed, eager to please the imam, plans to retaliate against the apostate. He tucks a knife in his shoe before setting off to kill Ms Inès. When he is caught, the imam runs away, and Ahmed is sent to a rehabilitation centre in the countryside. There a group of youth workers, and a patient, flirty farm girl named Louise (Victoria Bluck), try to reprogramme his resolute mind.

The story appears simplistic and full of clichés, but clichés become so when there is an element of historic truth about what they portray. It is frustrating, though, that we watch Ahmed without ever getting inside his head: the ambiguous last shot notwithstanding, he never expresses doubts or shows remorse. Nor are there facile explanations for his need to prove himself to someone like the imam, unless it is the absence of a male role model in his life.

It is just this display of a vulnerable boy’s indoctrination, however, that makes this taut film so dark and chilling. Like a sociopath, Ahmed appears to lack empathy and like a brainwashed member of a cult, he can see no other point of view. A short glimmer of hope appears when Louise removes Ahmed’s glasses to kiss him and the scene becomes almost comical when he recoils. He then stuns Louise by asking if she will convert to Islam so he can accept what he has done. There is something so compelling in Idir Ben Addi’s restrained performance that he holds our attention right up to the unsatisfactory ending.

It is tempting to compare Young Ahmed with the Dardenne brothers’, The Kid with the Bike, particularly when both films end with the young, damaged protagonist falling from a height and injuring himself. The twelve-year-old, white Cyril, a product of his poverty and an absent, uncaring father in The Kid with the Bike has the good fortune of meeting the selfless Samantha, but Ahmed rejects the lifelines he is offered. The bike that, for Cyril, is a symbol of both cruelty and love, is here replaced with a knife. Even in the final shot, we are not convinced that Ahmed can reclaim his lost innocence.