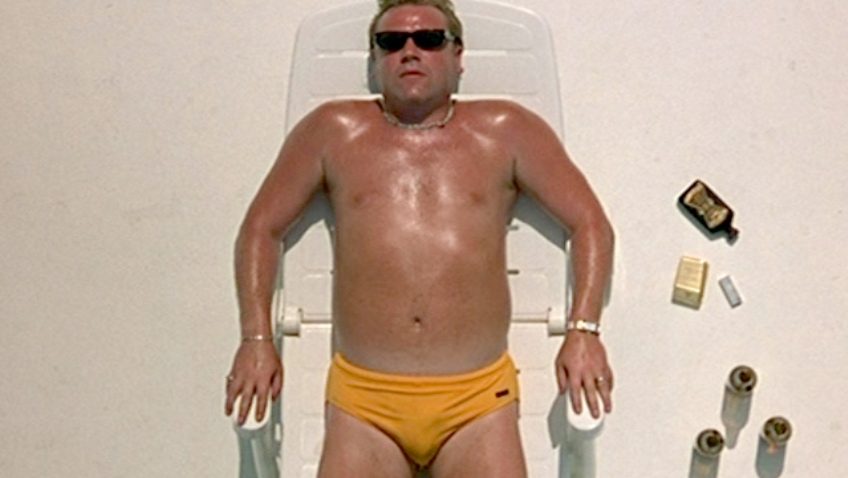 SEXY BEAST (Channel 4) is a major British classic thriller, one of the very best, dating from 2010. Ray Winston plays a criminal who has retired and is basking in the sun, lapping it up. He wants to stay retired but his former boss has other ideas and sends one of his nastiest minions to persuade him to return to Britain to rob a bank. Will he be intimidated? Ben Kingsley is in great form, a memorably psychotic villain, who has been given some great dialogue which he delivers so expertly. It’s a joy to watch and listen to him. The script by Louis Mellis and David Scinto is really sharp. Jonathan Glazier directs. Strongly recommended.

THE MOST WANTED MAN (Channel 4). A Muslim refugee enters Germany illegally. Is he a dangerous terrorist? He seems a decent enough bloke. Philip Seymour Hoffman (in his last role before he died) is cast as head of a covert German team trying to save him from the Russians and Americans who want to arrest him. This espionage thriller is based on a novel by John le Carré and as you would expect from le Carré it has his characteristic trademark and leaves a bitter cynical taste. Robin Wright and Willem Dafoe’s performances add ballast.

KING KONG (BBC iPlayer). When did you last see this 1933 blockbuster, one of the best horror movies ever made? AS everybody knows it wasn’t the aeroplanes that killed the 50-foot ape, it was a 5-foot blonde who did for him. It’s one of the great unrequited love stories. King is captured, enslaved, crucified for public entertainment, and then he breaks loose and naturally wants to kill his tormentors who have taken his girl from him. The famous scene on the Empire State Building, (built the previous year and at the time at 1,440 feet the highest structure in the world) is too obviously a model. Much better, much more horrifying is when Kong starts to tear up the subway. Best of all is the “Lost World” sequence: with Kong and the dinosaurs. Technically it is quite brilliant. The dialogue and the acting are terrible. Who cares? Fat Wray screams and screams and screams. She swoons at the sight of Kong’s phallus, the eighth wonder of the world!