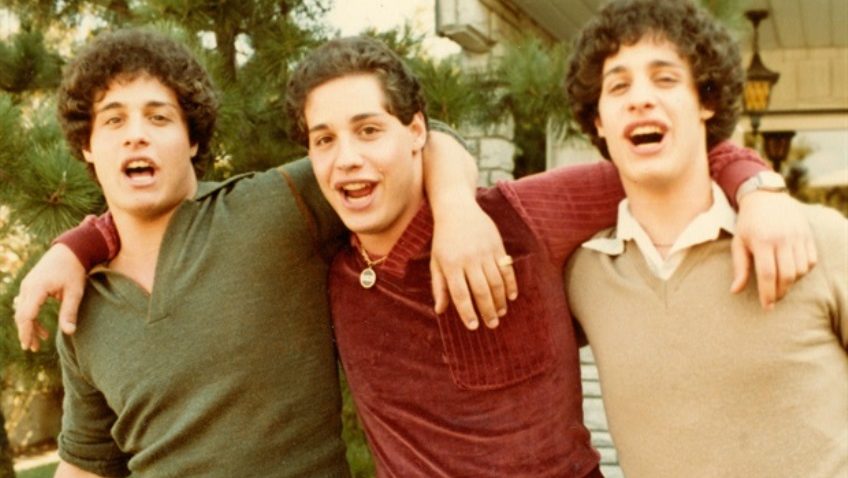 THREE IDENTICAL STRANGERS (Dogwoof). Tom Wardle’s remarkable and engrossing documentary goes from amazing to incredible. Three identical triplets separated at birth in 1961 and adopted by three separate families (blue collar, middle class, affluent) are totally unaware of each other’s existence until they are reunited at 19-years-old. The media goes crazy. They become celebrities. They open a restaurant. A heart-warming story turns sinister when they discover they were part of a Nature versus Nurture experiment to which they were not privy. The study was never published and they and their families are denied access to its papers.

THE LIGHTHOUSE (Universal) Robert Eggers directs a dark, grim maritime myth set in the 1890s. A storm leaves two lighthouse keepers stranded long after their four-week duty has ended. They take to booze and descend into madness. It’s a powerful film, shot in black and white and presented on an old-fashioned square screen. Mark Kovern’s score plays a major role in creating the ominous atmosphere. Willem Dafoe is the old sea dog pulling rank and threatening and insulting the younger man, who reacts violently to his demeaning and gruelling schedule. I have not seen Robert Pattinson act better. Could this horror story be a nightmare, a figment of his imagination?

THE NEST (Acorn). Glaswegian couple (Martin Compston and Sophie Rundle) want a baby but have been unable to make one on their own. They agree (highly unlikely) an instable and seriously damaged 18-year-old (Mirren Mack) to be the surrogate mother. The girl is doing it only for the money a better life will bring. How do you feel about a rich middle-class couple and buying babies off the poor, exploiting them? And what if the baby were to be proved not to be biologically theirs? Who would give the baby a better life? The thriller aspect is less interesting than the moral issues author Nicole Taylor raises.

MRS LOWRY & SON (Netflix). Lowry (1887-1976) led a solitary life in Salford. He earned a meagre wage as a rent collector. He painted in his attic. “You are not an artist and you will never be one,” said the cruel bedridden mother he looks after. He paints only for her approval. She loathes his industrial matchstick paintings and urges him to give up his hobby and burn his paintings. She does not live to see her son’s huge popular success. The film is gloomy and static. The performances are great. Vanessa Redgrave is the terrible mother nobody would want to have. Timothy Spall is the personification of lugubriousness.

RUN (Verve and VOD). Baby, this town rips the bones from your back. It’s a death trap. It’s a suicide rap. So says Bruce Springsteen. A frustrated fish factory worker (Michael Stanley), a young 30-something dad, living in a small town in north Scotland, unable to communicate with either his wife or his son, goes for a joyride with his teenage son’s pregnant girlfriend one joyless dark night. Graham Scott directs a slice of life which is going nowhere.

WAGON MASTER (BBC Iplayer) This 1950 western is said to be John Ford’s favourite film. Many think it is Ford’s masterpiece. Two cowboy horse traders (Ben Johnson and Harry Casey Jr) turn wagon masters and lead a Mormon wagon train (led by Ward Bond) across the Utah desert to the promised land, San Juan Valley. On the way they meet friendly Navajo Indians and some unfriendly outlaws. The sentiments are simple. The humour is broad. The outstanding image and a constant one is the rolling wagons and the horses dragging them in difficult and magnificent scenery. It gives a small movie its epic feel. The black and white photography is by Bert Glennon.