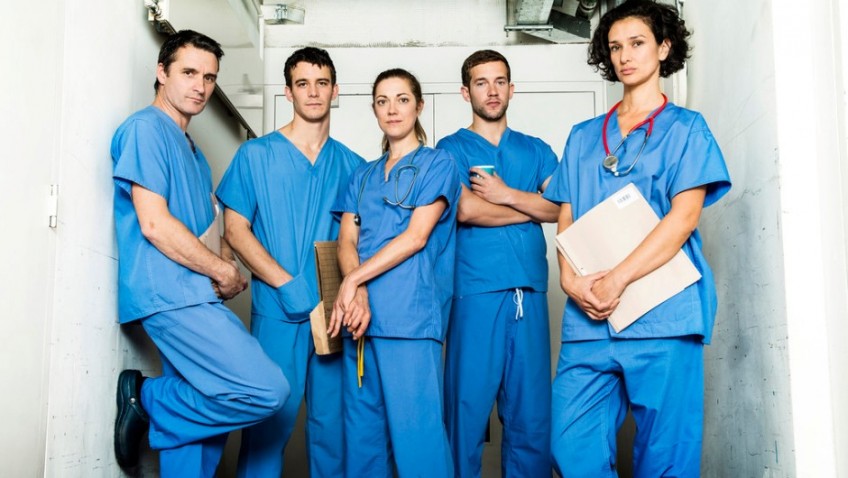 How terrible and wonderful the NHS can be simultaneously

I know hospital series are enormously popular on television but I doubt very much if you will want to see Tiger Country if you, or a member of your family or a dear friend is about to go into hospital.

The play, which premiered at Hampstead in 2011 and now seems better than I had remembered it, is set in the Accident and Emergency ward of an overburdened and bureaucratic NHS hospital. The pressures on nurses, doctors, surgeons and medics is considerable; and even more so when it seems that not everybody is working together.

Nina Raine is the author and the director. She says Tiger Country is about “how terrible and how wonderful the NHS can be simultaneously” and she has called it Tiger Country because “hospitals can be a wild place, a war zone.”

The hectic production has the authenticity of a fly-on-the-wall television documentary. The play, written with obvious detailed knowledge and empathy, is never overtly political in the David Hare manner.

A young doctor (Ruth Everett) has to learn not to care too much. In a nutshell: doctors cannot save everyone and they cannot be perfectionists. The message is loud and clear: on the operating table we are all slabs of meat.

There is an excellent ensemble which also includes Luke Thompson, Nick Hendrix and Shaun Parkes.

Indira Varma’s character has the opportunity to show two totally different characteristics, the abrasive in Act 1 and the compassionate in Act 2, and she is equally effective in both.