Home / TRAVEL / In the steps of the Famous Five 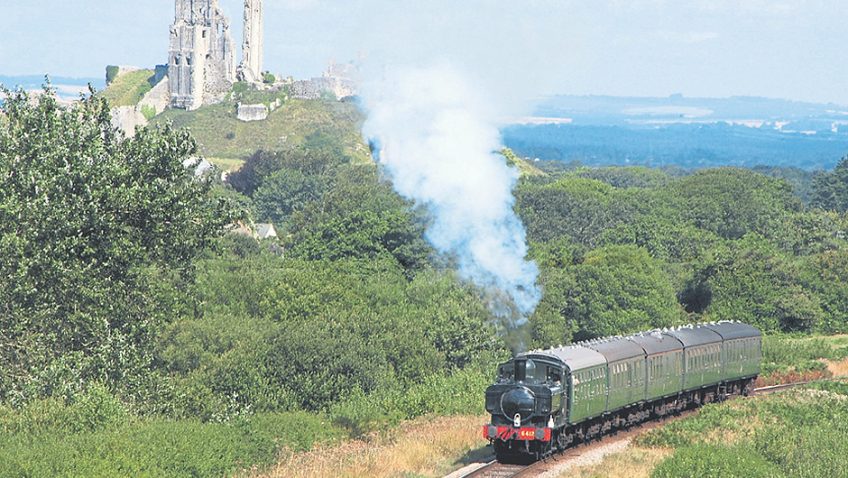 In the steps of the Famous Five

In order to research my article on Enid Blyton’s Famous Five I was invited to Swanage by Shorefield Holidays Ltd.

We had a very comfortable caravan on a site overlooking the beautiful bay and hills surrounding Swanage from where we were able to enjoy the delights of the Isle of Purbeck.

A traditional seaside resort, Swanage boasts a safe beach as well as all the other attractions you would expect, such as amusement arcades, boat fishing trips, a small theatre and many restaurants and inns.

If you want to avoid the crowds and the bucket and spade brigade the area is an ideal choice for out of high season holidays, when the beautiful countryside can be enjoyed as well as the many attractions within striking distance.

Purbeck contains large swathes of heathland most of which is a Site of Special Scientific Interest and cannot be developed. This makes it a great location for walking, bird watching and herpetology: many rare species of birds and reptiles are to be found here. There is also the site of the first Scout Camp located on Brownsea Island, which, like a large amount of the land is owned by The National Trust. Poole Harbour, famous as the second largest natural harbour in the world, surrounds two sides of this almost Island with the English Channel lapping at the shores of the beaches, to make up the third watery boundary.

Mostly unspoilt villages and quaint pubs provide a backdrop to what can still be recognised as Hardy country and the continued ownership of the Army ranges keep the southern seaward edge wild and untamed.

If you want to imagine yourself back in time you only need visit the Swanage railway which runs a regular steam service and now you can take a diesel train all the way to Wareham. The station has now become famous as it was used as a location in the recent hit film “Dunkirk”.

Swanage has a beautiful beach right in the town where you can hire deckchairs and watch Punch and Judy. There are good shops and restaurants – try Tawny’s Wine bar for a good local menu, and plenty of pubs.

Quieter beaches can be found at Studland where the National Trust own the foreshore and car parks. You can also find a nudist beach here if you fancy.

Corfe Castle is an imposing ruin dominating the picturesque village and you may be lucky enough to tie in your visit with an historical re-enactment. Always worth a visit.

If you are a National Trust member don’t forget your card as there is plenty on offer in this glorious outcrop of Dorset.

There are a few hotels in the area and Bed and Breakfast accommodation is booked well in advance. I recommend that you follow my example and consider hiring one of the well-equipped caravans at Shorefield’s Swanage Coastal park.