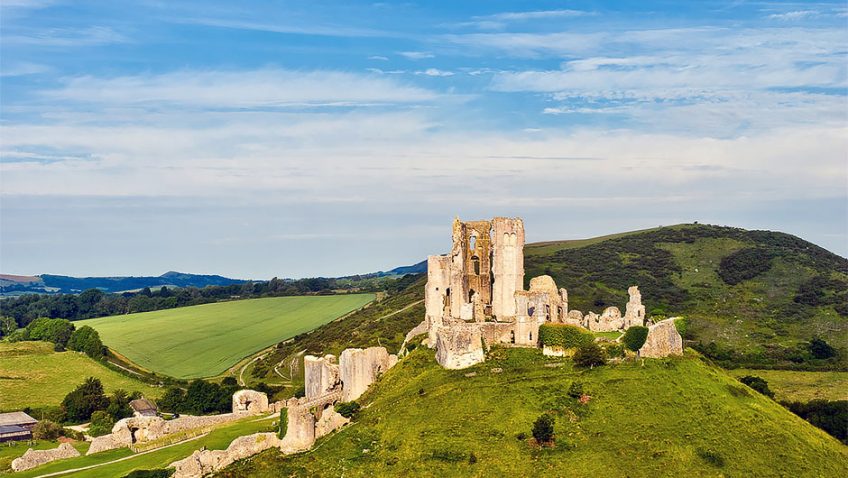 Julian, Dick, Georgina (George), Anne and Timmy – many readers will be familiar with these names as they are, of course, The Famous Five: the characters that featured in a series of some 21 full length children’s books written by Enid Blyton. The first book, Five On A Treasure Island, was published in 1942 and the books have remained very popular with children and adults alike; it is estimated that to date, the series alone has sold over 100 million copies worldwide.

Many of the books in The Famous Five series take inspiration from Blyton’s love of, and frequent visits, to Dorset, and in particular, the Isle of Purbeck, where she was known to visit for over 20 years. So what better way to view this beautiful part of the country, than by following a trail of some of Blyton’s best places that are featured in her books?

Blyton’s association and love of Dorset aren’t just reflected in her books, they are also reflected in her private life as well. Blyton was a keen golfer, so much so that she and her then husband, Kenneth Darrell Waters, purchased the Isle of Purbeck Golf Club in 1950. It is now consistently ranked in the top 100 golf clubs in the country; even if you don’t play golf, it’s worth a visit if only for the magnificent panoramic views from its terrace. If you do visit, make sure you look out for the board on the clubhouse wall that lists all the Ladies Captains’ of the golf club – you will see that the entry for 1951 reads Mrs E. Darrell Waters, otherwise known as Enid Blyton. 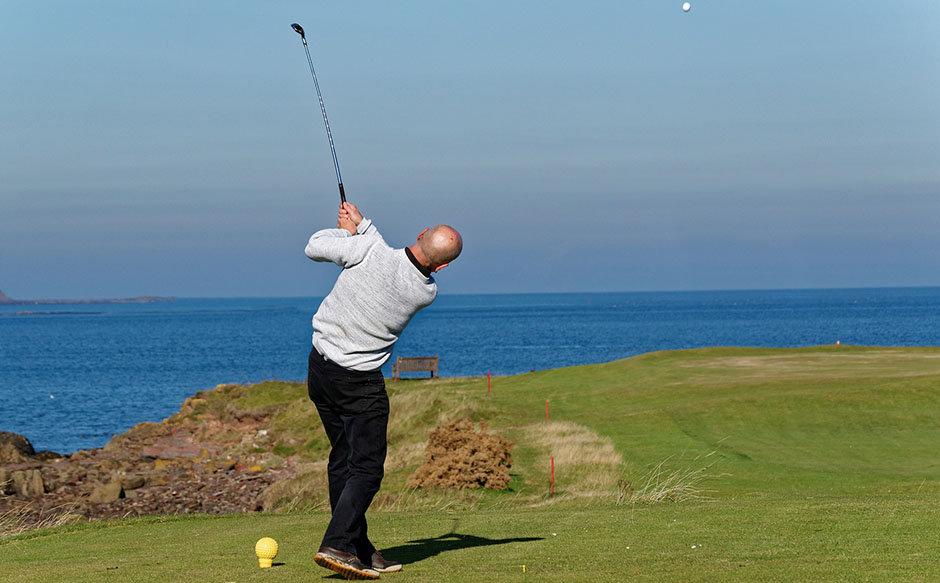 The golf club is also a lovely place to sit and eat lunch on a sunny day, especially if you can find a table on the terrace. Imagine Blyton sitting here with the adventures her heroes were about to undertake spinning in her mind, or imagine The Famous Five visiting the very same golf club, as they did in Five Have A Mystery To Solve; the character Lucas, who appears in this book, is said to be based on one of the greenkeepers at the golf club at that time.

You don’t have to step away from the terrace at the golf club for the next reference; just look down at the fantastic views of Poole Harbour and the magnificent Brownsea Island below. In Blyton’s days, this was privately owned by the reclusive Mrs Bonham-Christie, who was a nature lover and allowed the island to revert to its natural state. Its history is long and fascinating and it was where, in August 1907, Lord Baden Powell pitched his first camp for what later went on to become the Scouting Movement, for which he became famous. Now it is owned by the National Trust and is the home of the shy red squirrel. It’s a great place to spend a day exploring, especially if you’ve got the grandkids with you.

Brownsea Island also appeared in Five Have A Mystery To Solve, where it was known as Whispering Island, with Blyton describing it as ‘Keep Away Island’; perhaps a reference to its inaccessibility under the ownership of Bonham-Christie, who refused to allow visitors!

To get to Brownsea Island from the Isle of Purbeck Golf Club can be quite an adventure in itself. You drive through the pretty village of Studland (more on that later) and onto Ferry Road. At the end of this road is, as its name suggests, a ferry that crosses the mouth of Poole Harbour. You take the ferry across, either as a foot passenger or in your car, and on the other side you can then catch a boat to take you across to Brownsea Island itself. What could be more Famous Five than that? 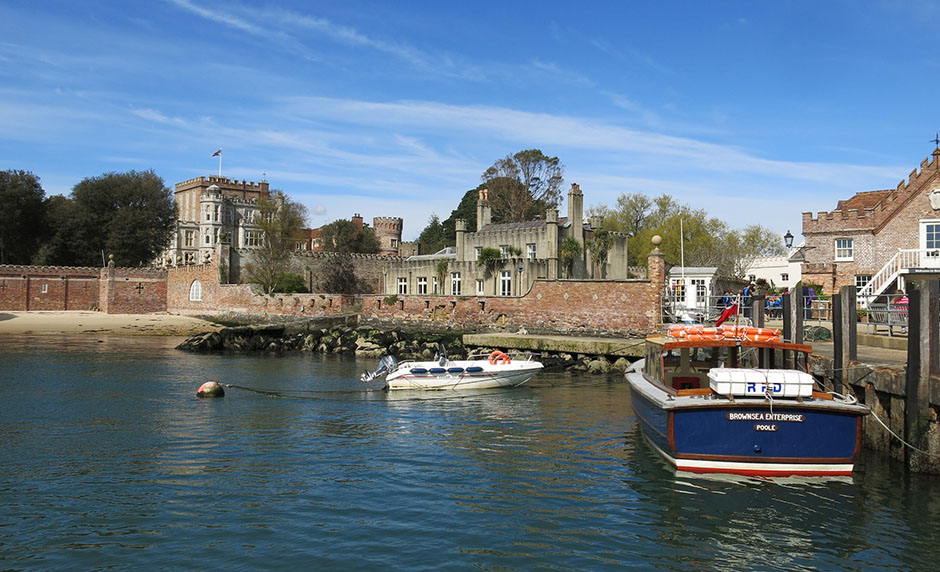 If that journey isn’t for you, then head the other way, inland and to the picture postcard village of Corfe Castle – you won’t be disappointed. Dominated by its castle which can trace its history back over 1,000 years, the village is still much like Blyton would have found it when she first arrived there by steam train in 1941. The castle inspired Blyton so much that it became the setting for the very first Famous Five book, published just a year after her visit; in Five On A Treasure Island, Blyton based Kirrin Island on Corfe Castle. Whilst the name changed, very little else did, with the description in the book being faithful to the real life castle itself, even down to the jackdaws and gulls that still nest there today.

Now back to that steam train. It’s actually part of The Swanage Heritage Railway and still runs most days between the town itself and Norden, just past Corfe Castle. It’s a lovely way to travel, providing great views and sense of being transported back in time. Many of Blyton’s books start with the children arriving home from boarding school on the train and it is certainly alluded to in the book, Five Go Adventuring Again, as Kirrin Castle is viewed from the train as it goes past on its way to the coast.

As you head into Swanage, there are more Enid Blyton associations. For example, she was elected president of the annual Swanage Carnival & Regatta and if you venture into Martins the newsagents in the town centre you will be stepping into what used to be the bookshop where she would hold book signings for the locals.

After such a busy day it’s time to complete your short (in distance) circular journey and find a place to rest and relax, ahead of the further adventures that await you in the morning (although it’s not quite the end of your Enid Blyton discoveries for the day). Head back to the pretty village of Studland, past the village centre on the road out towards the car ferry and you will reach the Knoll House Hotel on Ferry Road. The hotel inhabits a stunning spot overlooking the sea, with views towards Old Harry Rocks; apparently it was one of Blyton’s favourite haunts and she stayed there many times over the years. 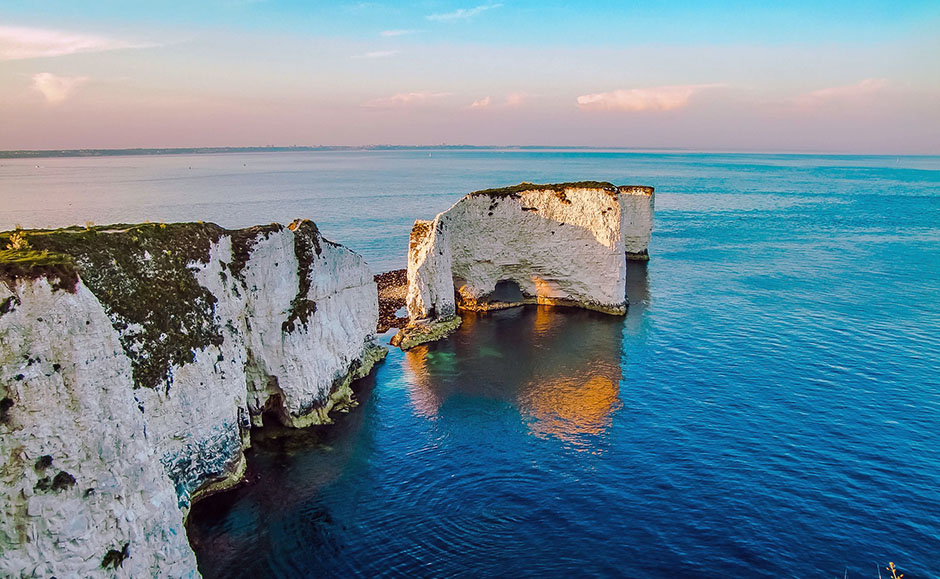 While she was writing, Blyton used to stay at the hotel for weeks at a time. Her favourite room was on the first floor, looking out across Studland Bay towards the Isle of Wight. It was room 40 and, believe it or not, visitors can now stay in that very room and take dinner at the very table where Blyton and her husband used to dine.

Nowadays, the hotel is firmly family and dog friendly, with a wide range of leisure facilities in its own gardens, whilst being only a short walk from the beautiful sandy beaches of Studland Bay itself. It exudes a quaint, old fashioned charm. Rooms are of a good size, the staff are very attentive and well trained, and the restaurant serves tasty food. It’s the ideal place to stay if you want to spend a few days resting and relaxing and, of course, pampering that inner child of yours; now, where’s the ginger beer?