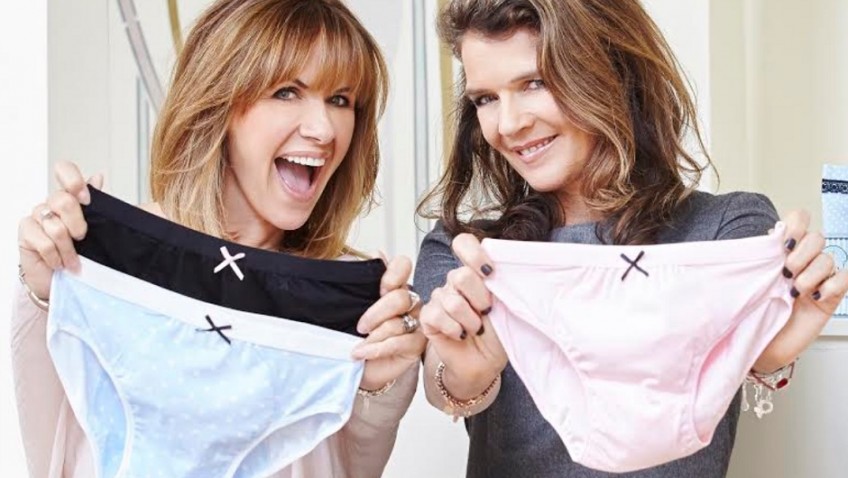 Stress incontinence is an issue that dare not speak its name in public but behind closed doors it’s causing daily misery for an estimated one in three British women at some point in their lives. Now, however, two of the country’s most popular female faces are breaking the taboo.

They’ve developed a pioneering range of underwear designed to help sufferers cope with the embarrassing symptoms of stress urinary incontinence (SUI) and give them back their confidence. High street giant Boots is now getting behind the issue too, by stocking the range in 122 stores from 6th January 2016.

DiaryDoll is a pioneering range of pretty clever pants and the brainchild of TV presenter Carol Smillie and former British Number One tennis player Annabel Croft. Both with teenage daughters dealing with their monthly cycle, they originally developed the range for young women who might be worried about heavy periods whilst at school, playing sport and sleepovers.

So the pair came up with the idea for a range of knickers that would not only cope with the worries of period mishaps but that look and feel amazing too. However, when DiaryDoll went on sale it quickly became clear that it wasn’t just young girls buying them – they were inundated with positive comments from SUI sufferers, who were singing their praises too.

SUI, commonly known as ‘sensitive bladder’, or ‘pelvic floor weakness’ is believed to affect approximately nine million women in the UK and whilst ‘peeing yourself laughing’ might be an age old saying, the reality of wetting yourself when you sneeze, cough, laugh, exercise or even bounce on a trampoline is no laughing matter.

Carol comments, “Sales have really taken off but not without a little resistance. We underestimated the level of taboo that still surrounds this whole topic. Our husbands may be fine about talking about women’s issues but a lot of men put their fingers in their ears and are very uncomfortable. That’s fine though – we’ve now sold over 35,000 pairs and can’t make them quickly enough. It’s a big step towards getting this sensitive but very common problem out in the open and getting more people talking about it.”

Diary Doll pants (£14.95 per pair) are available in four colours – black, pink, grey and blue with white polka (only Black in Boots and Boots are selling them in the little gift box). They are also available directly from www.diarydoll.com

We have three pairs of DiaryDoll knickers to give away. To be in with a chance of winning simply answer the following question:

How many colours/designs are Diary Dolls available in?