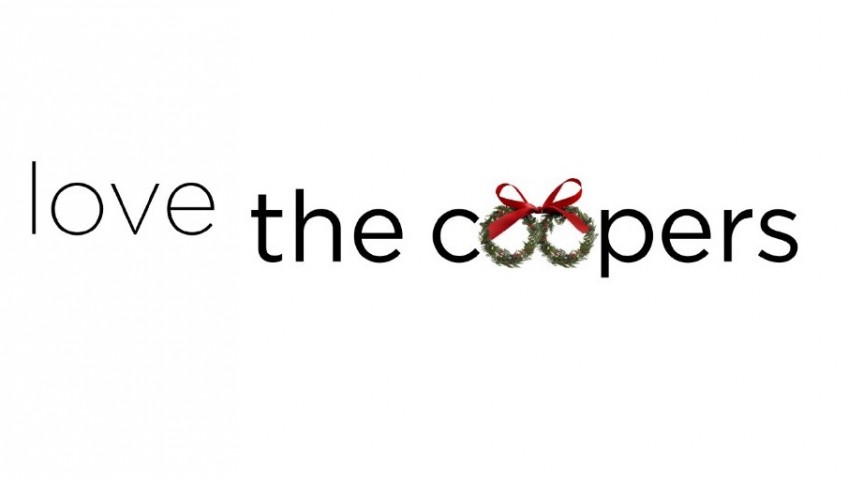 Christmas with the Coopers is a star-studded family movie so stuffed with sugar-coated good-will that it should carry a health warning.  Director Jessie Nelson (I am Sam) and scriptwriter Steven Rogers (P.S. I Love You) ensure that four generations of Coopers unite at a big Christmas dinner where deep- rooted problems are exposed and just as quickly resolved.

With their 40-year marriage on the skids, skinny Charlotte (Diane Keaton) and triple-chinned Sam (John Goodman) agree to gather their Pittsburgh family together for a final Christmas dinner before announcing their divorce.  In no time, Charlotte cooks up an epic feast for twenty, including an entire dessert table. This might be Keaton’s most extraordinary culinary feat since cooking a lobster in Annie Hall.

Steve Martin is the somewhat sardonic, omnipotent narrator and he is justly annoying; nowhere near as annoying as what he narrates.   As we follow the story lines of the various family members through to the big reunion, we are meant to wonder about the outcomes.  Will pretty, lonely waitress Ruby (Amanda Seyfried) give up, leave town and top herself, or will grand-pa Bucky (Alan Arkin) save her with his invitation to Christmas dinner?

Will divorced Hank (Ed Helms) ever find a job and happiness with someone too young and insecure for him like Ruby?  Will his sister, beautiful, mixed-up writer Eleanor (the talented Olivia Wilde, in serious type-casting mode), succeed in convincing her parents that marriage-material soldier Joe (Jake Lacy), whom she picked up at the airport, is her fiancé?  And if so, will Eleanor give up her arrogant married lover and fall for Joe for real?  Will anyone in the audience really care?

Though Charlotte’s 50ish, unmarried sister Emma (the Academy Award winning Marisa Tomei) is arrested for shop lifting, the most humiliating vignettes (and names) are reserved for members of the oldest generation.

Sam’s Aunt Fishy (June Squibb, age 86) is in the early stages of dementia and when she dozes off, the family dog eats off her plate.  Charlotte’s dad Bucky suffers a stroke at the dinner table and we are encouraged to laugh as Bucky’s head falls into his plate.  Squibb – who delivered a hilarious, scene-stealing performance in Alexander Payne’s Nebraska – and Arkin – still one of the funniest actors in the business – struggle to find humour in the stereotypes.

That there is not even a faint physical resemblance among the various family members is not as curious as the fact that Charlotte is nearly 20 years older than Emma, and that ‘Grand-pa’ Alan Arkin is, at 79, only 10 years older than this ‘daughter’ Diane Keaton.   In the USA, the film’s is entitled Love the Coopers, as though the filmmakers were either cajoling, or commanding audiences, to do so.   In either case, it is no easy task to love this family – let alone the movie.