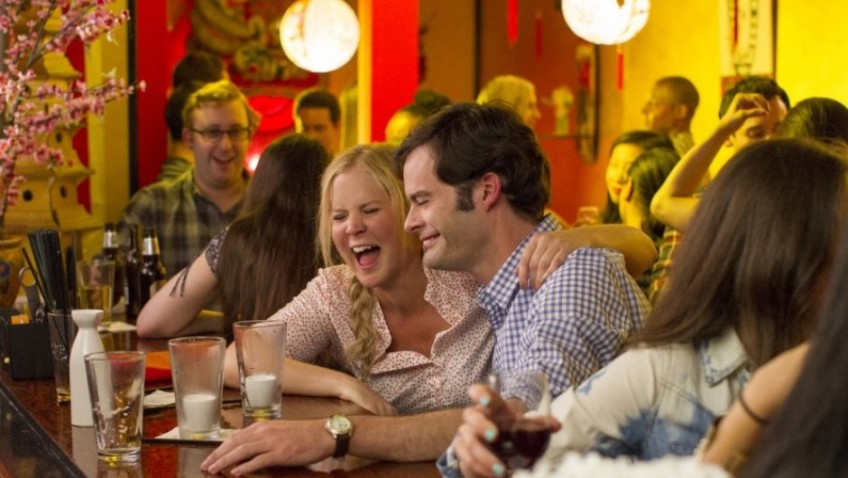 TRAINWRECK (Universal) is a major turning point in her career for stand-up comedian Amy Schumer who has become a box office star with her first feature film. She wrote the script for this raunchy romantic comedy and is cast as a magazine journalist who was brought up by her father to believe that monogamy is not realistic.

She leads a life of one-night stands until she interviews a sports doctor (Bill Hader) for the magazine, and he falls in love with her. Will he ditch her? The film is a good move for Hader’s career, too. But will Judd Apatow’s film be true to its title or go for a soppy unSchumer-like ending? Tilda Swinton is hilariously ghastly as the ruthless magazine editor. EDEN (Metrodome). Some DJs make a good living. And some don’t. Mia Hansen-Love’s film about the rise and fall of a French DJ (Felix de Givry), over a twenty year period, starting in the 1990s, is based on the life of her own brother, Sven.

There is no story-line, only garage music, girls and cocaine. The DJ is a guy who likes to mix euphoria and melancholia. He fails to move with the times; and as everybody knows, everybody gets kicked out of Eden.

The film will be of particular interest to the French and to those who enjoyed the music and the rave and want to relive the dance club scene of the 1990s.

You can buy you copy of either of these DVDs here: