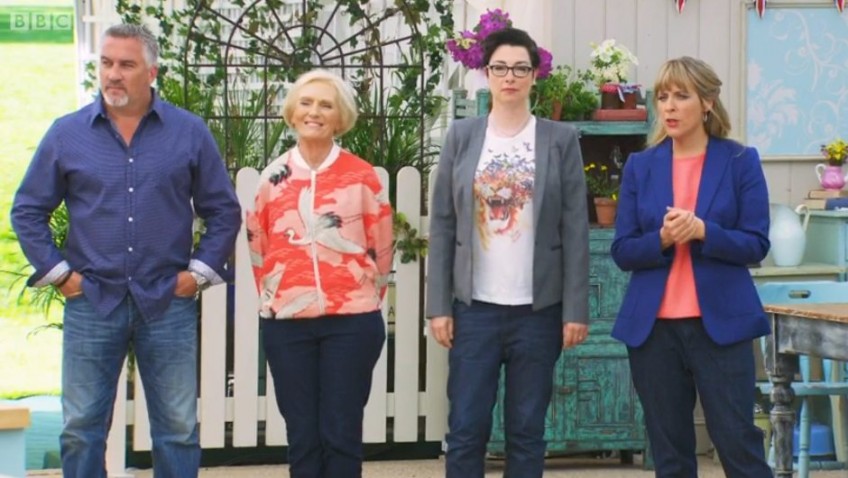 Simon Cowell has criticised The Great British Bake Off for being boring, arguing that it is much more exciting watching an X Factor winner than “looking at a chocolate éclair at the end of the show”.

Cowell said that while he viewed any TV show with a talent competition format to be a rival to The X Factor, he dismissed the hit BBC1 series as a challenger to his talent show.

“My belief is it’s more exciting to see someone like Leona Lewis win and sing a fantastic song, than looking at a chocolate éclair at the end of the show,” he said, interviewed by Piers Morgan at the Mipcom TV programming conference in Cannes on Monday.

Cowell’s comments come days after in excess of 12 million viewers tuned in to watch Nancy Birtwhistle win the final of The Great British Bake Off – making the show a contender for most-watched UK programme of the year, depending on how The X Factor, Strictly Come Dancing and I’m A Celebrity Get Me Out of Here! perform in the run up to Christmas.

He obviously did not watch the program as Nancy’s showstopper was a bit more than an éclair.  A custard pie perhaps for Simon!

I was one of the millions who watched every episode of the GBBO and was thrilled when Nancy won with her amazing creations.  I think Simon has totally missed the point with his criticism and if he is a true media mogul I will eat my own baked goods.

Simon does not understand that the show was aimed at a different demographic from his “talent contest” and there is no comparison between the two shows.

For me the delight of the baking battle was that ordinary people with extraordinary skill showed that you don’t have to be a celebrity to entertain and that the gently homely talents of nice people are worthy of being admired for what they can do.

The presenters were kind and sympathetic.  The judges were fair and honest without making ridiculous and hyperbolic comments.

There was no loud music, shouting, half clad dancers writhing around,  and exploitation of the contestants.  There was no unpleasantness – apart from baked-alaskagate, which was handled with courtesy and understanding – no-one was nasty or rude.  I liked everyone and would be happy to share cakes with any of them.

So stop being a killjoy Simon and maybe learn a lesson from what the British people like to watch.  Take your shows over to USA where they like the loud brashness  … Oh sorry forgot they have cancelled the X Factor USA!  Perhaps you should think about starting a Great American Bake Off with Paul Hollywood sitting in your place.