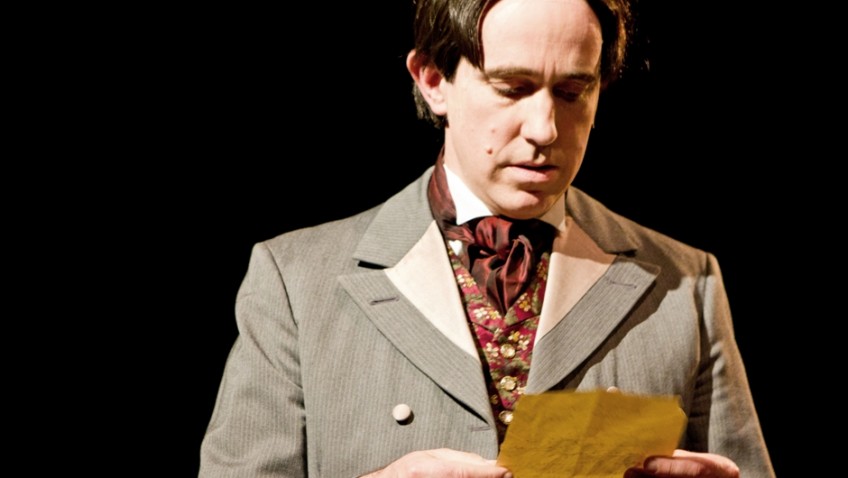 On the 14th February 1895 Oscar Wilde’s The Importance of Being Earnest opened with great success. On the 18th of February The Marquess of Queensberry left a visiting card at The Albemarle Club accusing Wilde of posing as a somdomite (sic). Spelling was not his forte.

Wilde brought an action accusing him of criminal libel. He was egged on to do so by Queensberry’s son, Lord Alfred “Bosie” Douglas, who was also Oscar’s lover. Wilde lost the case. The Law gave him the opportunity to escape, not issuing the warrant for his arrest until the last train for Paris had left. Wilde chose to stay and face the charge.

In the second trial the jury could not make up their minds. The third trial ended in Wilde’s conviction to two years’ hard labour, which shortened not only a brilliant literary career but his life as well. He was only 46 when he died in 1900.

Wilde was betrayed by his wit and arrogance. He made a fatal slip. Asked by Edward Clarke for the Prosecution if he had ever kissed a certain young man, he glibly replied, “Oh, dear no. He was a peculiarly plain boy. He was, unfortunately, extremely ugly. I pitied him for it.” Clarke was quick to move in for the kill. Trapped, unnerved, Wilde became inarticulate.

Bernard Shaw said Wilde was quite right to plead not guilty since Wilde did not believe homosexuality was a crime. But “the love that dare not speak its name” was not as Platonic as Wilde made out. The longer the trials went on the sleazier they got.

There have been many plays, films, musicals, monologues, even ballets, about Oscar Wilde’s life. In 1955 the trials were re-enacted by lawyers and actors in the Palais de Justice in Brussels. Since then there have been two major plays which have concentrated on the trials alone, using the actual transcripts: Peter Coe’s Feasting with Panthers at Chichester in 1981 and Moises Kaufman’s Gross Indecency in New York in 1998.

The present play, which is written by Oscar Wilde’s grandson, Merlin Holland, and John O’Connor, and also based on transcripts, is on a much smaller and more intimate scale and has only three actors. John Gorick is very convincing as Wilde. Rupert Mason and William Kempsell play all the other roles – Queensberry, QCs, judges, policemen, rent boys, masseurs, chambermaids etc. Their versatility provides some welcome humour.

I can see Peter Craze’s production having a long shelf-life, and especially in a series of one-night stands on the university circuits  in America, Europe, Australia and Asia.