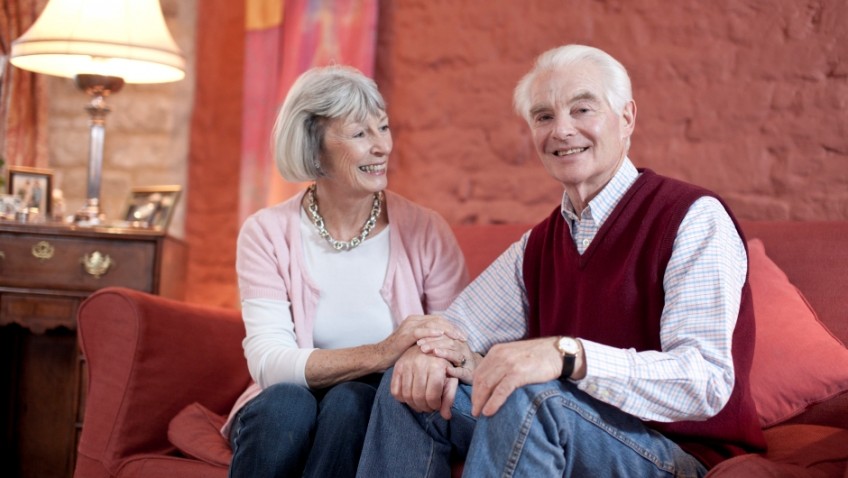 Turner Prize-winning Grayson Perry explores identity in a new Channel Four documentary which coincides with his new display, WHO ARE YOU? featured at the National Portrait Gallery this autumn (25 October 2014 – 15 March 2015).

In the three part Channel 4 documentary, Grayson spends time with Britons facing a moment in their lives in which they need to define who they are, and then distils his impressions of this into a portrait.

Some of the sitters have become miniatures, some large tapestries, others statues and pots.

Viewers will be able to follow the developing relationship between artist and subjects during the sittings and in the climactic scene of each film they will see the reaction of the sitters as they catch their first glimpse of themselves through Grayson’s eyes.

Dementia is explored in episode two which features Alzheimer’s Society ambassadors, Christopher and Veronica Devas from Dorset. Christopher, a former magistrate, was diagnosed with Alzheimer’s disease in 2008.

Grayson spent three days filming with Christopher and his wife Veronica (pictured above). From visiting Christopher’s former place of work to spending a day sailing with the couple, Grayson was given an insight into their lives before   and after Christopher’s diagnosis.

“It was great having Grayson and the documentary team with us to see how dementia has become our life. We are both looking forward to seeing the artwork that Grayson has created.”

“It’s great that the topic of identity and dementia are being explored as part of Grayson Perry’s documentary. Dementia is a progressive disease and each person experiences it in their own way. It’s important to remember that a person with dementia is still a unique and valuable human being. Grayson Perry’s new project will hopefully be an eye opener to the general public about the life of someone living with dementia through the documentary and his artistic interpretation.”