Home / NEWS / Songaminute Man heading for top of the pops 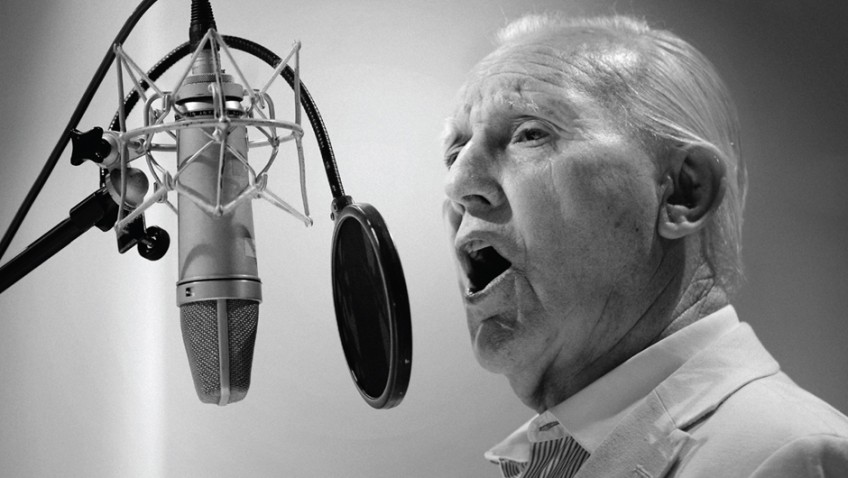 Songaminute Man heading for top of the pops

A dream will come true for ‘Songaminute Man’ Teddy Mac with the release of his first ever single, which will raise funds for Alzheimer’s Society.

The 80-year-old former Butlin’s Redcoat, who has dementia, is heading for the music charts after being signed up by the prestigious Decca Records label.

Teddy ‘Mac’ McDermott shot to fame online as ‘The Songaminute Man’, when his son Simon posted videos of his father singing during their very own Carpool Karaoke on YouTube, which rapidly went viral and became a worldwide hit.

Simon’s aim was to raise money and awareness for Alzheimer’s Society, following advice and support the McDermott family received from the charity’s National Dementia Helpline following his father’s diagnosis.

The unlikely double-act proved to be hugely successful, contributing to the country’s leading dementia charity to the tune of more than £100,000 – a massive 11407%!% increase on Simon’s initial fundraising aim of £1,000.

Now chart success beckons for Teddy with his own version of the Frank Sinatra classic You Make Me Feel So Young which will be released on 23rd September. Royalties from the single will be split between Alzheimer’s Society and the McDermott family.

“This is a dream come true not only for Dad, but for the entire family. There have been some really tough days in the last few years, especially for mum. The more Alzheimer’s kicked in, the more Dad became aggressive, both physically and verbally. It was incredibly difficult to manage and terrifying at times.

“We threw an 80th birthday party last month and thought that would be his last time singing solo for people, so it’s amazing to think he now has a single coming out. And it’s great to help Alzheimer’s Society, who provide so much support to other families going through the same things as us.”

Despite often not recognising his own son, Teddy, who was diagnosed with Alzheimer’s disease in 2013, remembers the lyrics of numerous songs and that earned him the nickname, ‘The Songaminute Man’.

Simon found that when one-time club vocalist Teddy, was singing, he was himself again – relaxed, full of life, happy and content.

Music can be a fantastic way for people with dementia to express themselves and interact creatively with others. Even when many memories are hard to retrieve, music can sometimes still be recalled and this can bring a person with dementia back to a loved one – if only for a short while.

It is in recognition of the social and physical benefits of music that Alzheimer’s Society runs more than 300 Singing for the Brain groups which are aimed at people with dementia and their carers across England, Wales and Northern Ireland.

“We know music can have a positive impact on people affected by dementia and that favourite songs or pieces of music can also be powerful prompts for reminiscence. This is clearly the case when Teddy sings and is transported back to his time as an entertainer.

“We’re incredibly grateful money raised from this single will be used to fund Alzheimer’s Society services like our National Dementia Helpline, which supported Teddy’s family. Teddy’s story shows life doesn’t end when dementia begins, and you can fulfill your dreams even after a dementia diagnosis.’’ 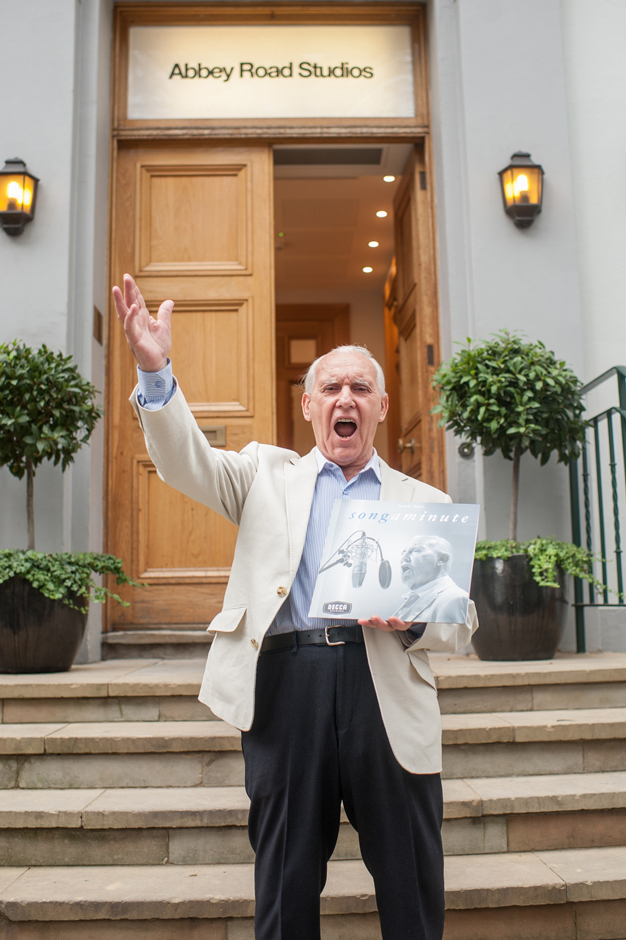 “Teddy’s voice is truly remarkable for any singer, let alone one 80 years of age. It’s a captivating sound, full of character and experience. You can hear the worldly understanding of a lifetime.

“His nuance and delivery is perfect for You Make Me Feel So Young and coupled with Quando Quando Quando, the song which caught the imagination of the public for the Songaminute Man’s energy and passion, this is a pairing full of poignancy and uplifting optimism.”

Teddy Mac’s version of ‘You Make Me Feel So Young’ was recorded in London with the Guy Barker Big Band and mixed and mastered at the world-famous Abbey Road Studios. Royalties will go to Alzheimer’s Society and the McDermott family. The single can be pre-ordered at: http://po.st/SAMMiT

Anyone worried about dementia can call Alzheimer’s Society’s National Dementia Helpline for information, advice and support on 0300 2221122.