Home / LIFESTYLE / REVIEWS > / THEATRE REVIEWS / Songs, sequins and cancer! Give me back my life! 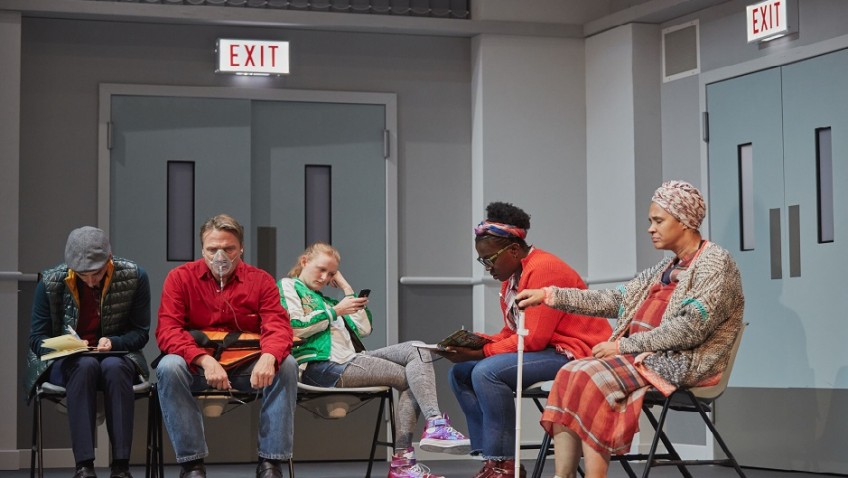 Songs, sequins and cancer! Give me back my life!

Robert Tanitch reviews A Pacifist’s Guide to the War on Cancer at National Theatre/ Dorfman.
Bryony Kimmings wants audiences to confront cancer in a positive way and without the usual clichés. But at the same times she says she doesn’t want them to be put off.

So she and Brian Kobel decided to write a musical with a score by Tom Parkinson.

There have been endless dramas about AIDS, cancer and Alzheimer’s recently on film, theatre and television. Cancer might seem to be an unlikely subject for a musical.

But why should it be? Think of consumption in the 19th century and the huge popularity of La Traviata and La Bohème world-wide.

The setting is a clinical waiting area in a hospital. There are seven exit doors clearly marked. The cast sing and dance. The songs in a variety of styles have titles such as Kingdom of the Sick, My Poor Body and Silly Me.

Kimmings doesn’t quite know what to do after the interval. There is a lot of noise, a couple more songs and then there is group therapy. The interval is unnecessary.

Actors and members of the audience are encouraged to remember the dead and shout out names of people who are suffering from cancer or who have died of cancer. The performance ends with a song which is meant to be uplifting and unifying.

A nurse appears on stage to reassure us that the actual moment of death is very peaceful.