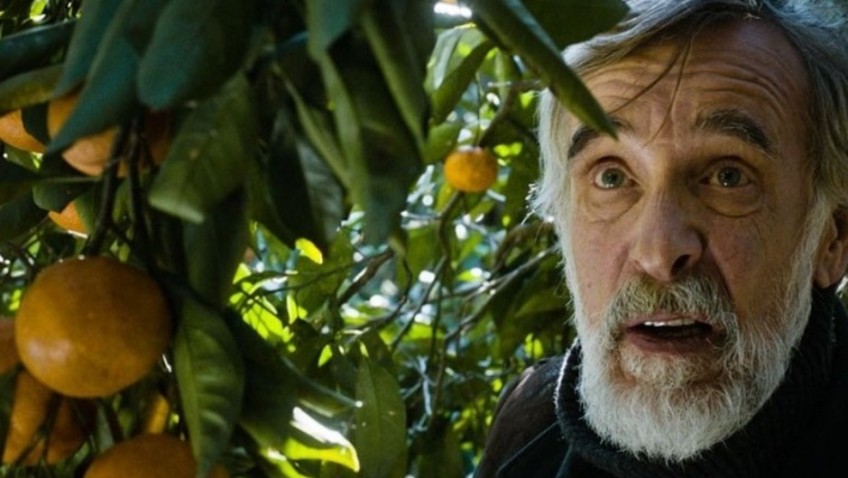 Tangerines is a simple, but sobering, and skilfully directed and acted anti-war movie that was short-listed for a foreign language Academy Award last year. It puts four men in a modest house near a tangerine grove during the 1992-1993 war in Abkhazia, and lets a moving drama unfold into a larger context.

Few Britons will know the background to the film. In 1992, just after the Republic of Georgia had achieved a precarious independence, the province of Abkhazia began what was to be a 14-month war of secession from Georgia, backed by Russian soldiers and North Caucasian mercenaries.

There were atrocities on both sides, but the Abkhazian aim was to ethnically cleanse Abkhazia of Georgians and set up an independent state. They nearly succeeded. While this war, in which Georgia lost de facto control of Abkhazia, took place a long time ago, as of today, only five countries recognise the Autonomous Republic of Abkhazia.

While people from all ethnic backgrounds were fleeing the region (which stretches from the Caucasus Mountains to the Black Sea), a small enclave of Estonians have yet to join their families in Estonia. Ivo (Lembit Ulfsak), the film’s hero, and his best friend and neighbour Margus (Elmo Nuganen) stay behind to reap the benefits of their last tangerine harvest. Ivo, a carpenter, makes the crates (he also makes coffins), while Margus tends to his beloved grove. With the war raging, the men fear that the fruit will rot on the trees and they are hoping that a local militia will honour their pledge to pick the fruit for two days.

When a fight breaks out near the grove, Ivo and Margus are faced with a far greater problem than the tangerines. Among the dead Ivo and Margus find two badly wounded survivors from opposing sides in the conflict. As a Georgian military van lies in light camouflage close to Margus’ house, Ivo decides it is safer for him to shelter the survivors in his two bedroom house.

One survivor, Ahmed (Giorgi Nakashidze), is a Chechen mercenary on the Abkhazian side and vows to kill Niko (Mikheil Meskhi), a young Georgian volunteer, whom Ahmed blames for his best friend’s death in the battle. Ivo, who is old enough to be Ahmed’s father, tells Ahmed that he will have to kill him first, and Ahmed promises that he will not murder Niko inside Ivo’s house. While the three men, joined by Margus permanently when his house is bombed, learn to live together, their lives are all in danger when Abkhazian militias stop by on the prowl for any surviving enemies.

One of the subtleties Writer/Director Zaza Urushadze introduces into the story is religion. Ahmed might be fighting with the Abkhazians and Russians, but they are Christians (like their enemies, the Georgians), while Ahmed is a Muslim Chechen, and the Abkhazians are wary of him.

Although the war and the setting are specific, Urushadze does not get bogged down in an expository history lesson, preferring to keep the film generic enough to be relevant to everyone. As Ivo says at the end of the film, when asked a question about a person’s nationality, ‘what difference does it make?’. And in terms of relevance to today there are, of course, parallels with the more recent conflict in the Ukraine and Vladimir Putin’s involvement in the secession of the Crimea. In 2002, Putin encouraged more Abkhazians to acquire Russian passports in order to strengthen the Republic’s bid for independence from Georgia. Urushadze goes a step further, too. If the characters strike us as somewhat allegorical it is clearly intentional.  While in lesser or more pretentious hands, the fact that the two survivors represent different ethnic backgrounds, religions and opposing sides in the war would seem contrived, in Tangerines it seems a mere matter of probability.

If Ivo, whom the soldiers refer to as grandpa before learning his name, is generous, diplomatic and neutral to the point of sainthood, that too, seems understandable. He is not only a minority Estonian and a neutral survivor, respected by all for his goodness, but, we are to discover, he has suffered a great loss that has made him philosophical about war and fate.

There is symbolism to aide the allegory. There are no women here – women representing life and peaceful activities. The only female presence is a photo of Ivo’s pretty grand-daughter who is in Estonia. All of the men, but particularly Niko, whom, as he tells an inquisitive Ivo, was an actor in Tbilisi before the war, look on the photo with longing. There is no sun and no greenery left and the film’s palette is all muted grey and brown tones. The only colour is the orange of the tangerines, like globes of light that hold the promise of what matters in life.