Home / LIFESTYLE / Do soaps need to clean up their act? 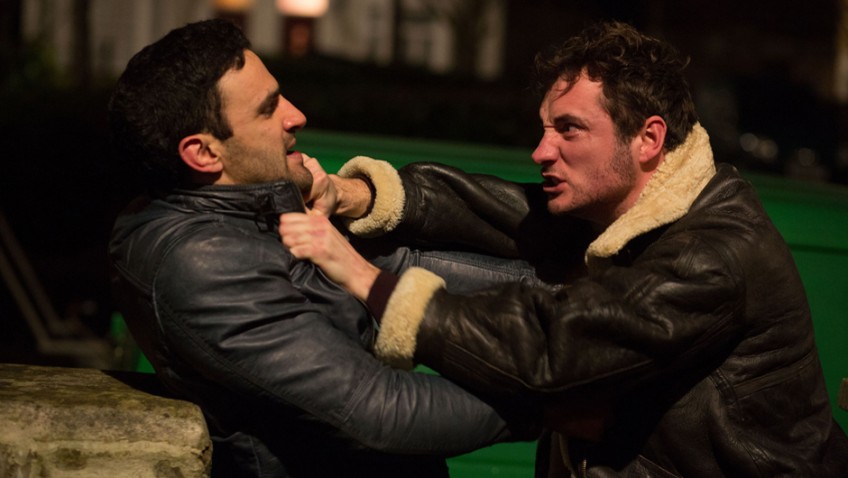 Do soaps need to clean up their act?

My sofa partner and I follow the continuing dramas known as soap operas.  The three main events are EastEnders, Emmerdale and Coronation Street which are the markers for the rest of our evening viewing.

I apologise here for my familiarity with the characters but, even if you don’t watch them all, many of the characters are inter-changeable, as are the storylines. We notice the same hot topics appearing in each as they vie for a larger share of the audience

They are often so similar that we get confused with which one we are watching.  Infidelity, murder, addictions and beatings abound in these small communities. We have shared mental illness with Stacey, Belle and Steve McDonald, secret paternity with Martin, Kirin and Johnny, and alcoholism with Phil and Lauren.

However, the latest drama in Emmerdale involving Aaron and his rapist father, Gordon, seems to me to be a step too far.  This show is aired from 7 pm in the evening when families sit down to watch together.  In fact, the preface to the programme shows parents and children eating their tea (on the sofa to my horror) while watching the traumatic story unfold.  Do we really need to see the torture of parents and their children screaming and crying about violent incest?  Are we giving our children something else to worry about?  Okay so it happens, but not often surely and is it family entertainment, two hours before the watershed?

There also seems to be an unnecessary amount of violence with fights breaking out at the slightest provocation.  We have seen beatings and torture, and in several cases murders, one of which has escaped detection: will Calum’s body ever be discovered under Gail’s floor.  And how does Cain get away with his vicious behaviour, not a good role model.

Ofcom’s research showed that the type of pre-watershed programme that caused most concern to parents was soaps (14 per cent of all parents surveyed mentioned soaps as a genre of concern). While soaps are not aimed at young people, they are scheduled pre-watershed and often attract a significant child audience. Broadcasters should therefore ensure that material that may be unsuitable for children is appropriately scheduled for the time of broadcast – including any subsequent repeats during the daytime when children may view without a parent or other adult. Reports underline that parents’ concerns focus on violence, sexual content, or offensive language in pre-watershed television programmes. Broadcasters of pre-watershed soaps should therefore take account of these concerns when considering whether content is suitable for broadcast before, and/or immediately after, the watershed.   I can whole heartedly agree.

There are some who consider that by showing such distressing plots the programmes help educate and inform and dealing with sensitive topics is a way to bring them out into the open.  Seeing things unfold on screen in the right way, can encourage real life sufferers to come forward and realise that there is help for situations in which they may be embroiled.

Whitney’s abuse at the hands of Tony in EastEnders encouraged many victims to contact the police who hadn’t even realised before that they were even being abused. Many won’t have been aware before seeing what Rhona in Emmerdale went through, that painkiller addiction could be so dangerous.

There are also positive stories that can help give hope to sufferers that there is help out there and the endings usually give a telephone number where more information can be obtained.  Patrick’s stroke and Ashely’s dementia stories have been useful as well as Steve’s depression and Diane’s cancer.  Life is full of such trials and it often can be of benefit to share them.

And one thing that all soap fans can agree on is that we all want big drama: and if it helps people at the same time, that’s a bonus.

But do we really need such graphic violent details and the volume of murders and betrayals that exist in the soap communities?  Do you have an opinion of this?