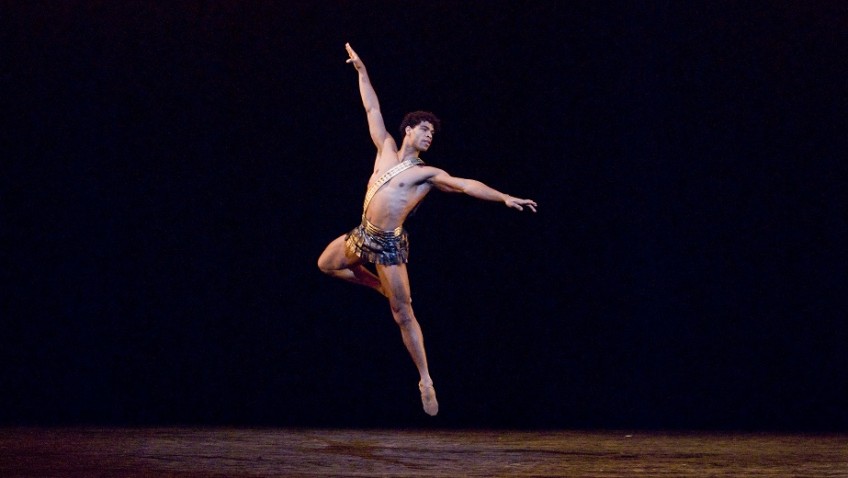 A showcase for a great male ballet dancer

CARLOS ACOSTA, the highly popular and charismatic Cuban ballet dancer, the greatest male dancer since Nureyev and Baryshnikov, is 42 and celebrating 26 years on the international stage with a showcase for him and eight colleagues from The Royal Ballet.

The programme opens with Acosta and Zenaida Yanowsky in a pas de deux from Balanchine’s off-beat, intricate Agon and closes with the whole company in Garcia’s Majisimo, a divertissement, a counterpoint between Hispanic airs and classical ballet.

The first half is a taster, a trailer for familiar classical works. The second half is more like a revue.

The anguished farewell of Vershinin and Masha in Chekhov’sThree Sisters is one of the great tearjerkers; but if you act/dance it on its own, out of context, it does not have the same dramatic and emotional impact, however well danced and acted it is by Soares and Heap.

Diana and Actaeon conjure up images of a naked woman bathing and a male voyeur being turned into a stag and torn to pieces by her dogs. Vaganova’s pas de deux, however, owes nothing to the myth (or Titian) and relies on the brilliant pyrotechnics of Acosta and Marianela Nunez. Interestingly, Acosta’s Actaeon is more naked than Nunez’s Diana.

One of the definitive performances of the 20th Century is Anna Pavlova’s Dying Swan and today only Les Ballets de Trockadero can really compete with that memory.

There are interpretations of two songs. Yuhui Choe acts/dances Cauwenbergh’s Je Ne Regrette Rien. But the song is so identified with Edith Piaf that you want see Piaf on stage.  Jacques Brel’s Les Bourgeois, on the other hand, is open to any male drunk and Acosta has a lot of fun with Cauwenberg’s choreography.

Other high spots include Zenaida Yanowsky in Tuckett’s abstractNisi Dominus.

Following Carlos Acosta’s retirement from the Royal Ballet probably the only way to see him in a full-length classical ballet from now on will be on DVD.

Carlos Acosta Dances Royal Ballet Classics, which is published by Opus Arts, Royal Opera House and includes La Fille Mal Gardee, Romeo and Juliet and Don Quixote, would be a very nice Christmas present to give or receive.

Carlos Acosta at The Royal Ballet, a pictorial record of his major roles, which is published by ROH and Oberon, is a handsome souvenir of his career for any balletomane.