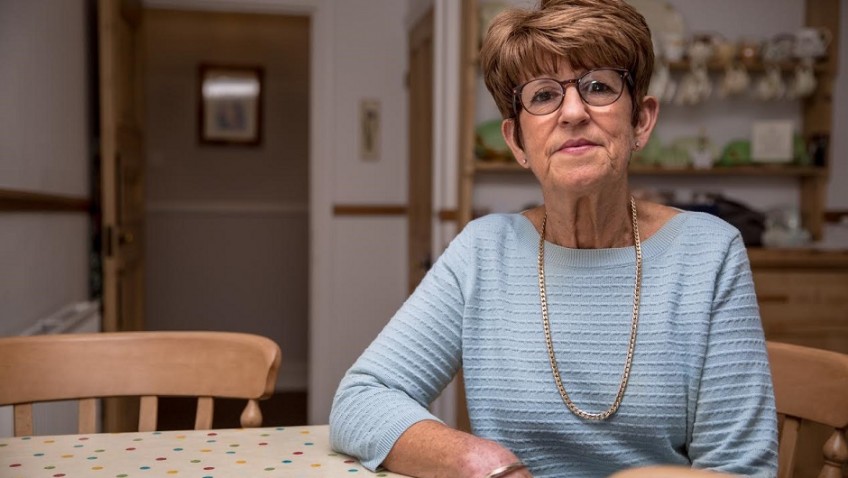 An Alzheimer’s Society investigation has exposed a vicious cycle where a lack of dementia training for homecare workers results in intolerable stress for people with dementia, families and carers – and for the homecare workers themselves.

Poor quality homecare is leaving too many people with dementia spending the day in soiled clothing, going without food or water, or ending up in costly hospital or care home admissions when they could have stayed at home, where they want to be, for longer.

Today the charity is urging the public to sign their petition asking Government to fix a broken homecare system as part of their Fix Dementia Care campaign. The petition calls for funding for training to counteract years of cuts to social care budgets and to ensure the workforce have the skills to provide dementia care that’s needed. The investigation involved a survey of homecare workers with Unison, data provided by Skills for Care which was commissioned by the Alzheimer’s Society, Freedom of Information (FOI) requests to all local authorities in England, and a survey of over 1220 people affected by dementia to gather first-hand testimonies about homecare.

43% of homecare workers have asked for further dementia training, however in more than half (54%) of those cases this was turned down. Without this vital training, carers fail to understand the unique nature of dementia or the impact of the symptoms, and cannot deliver person-centred, quality care in the time constraints they are working under. In fact, 86% of homecare workers agreed that further dementia training would help them to provide better care for people with dementia.

Jeremy Hughes, Chief Executive of Alzheimer’s Society said: “Care scandals in hospitals and care homes have been well-publicised, yet unacceptable homecare practices are widespread and happen behind closed doors, hidden from public scrutiny.

“There is simply not enough money invested in the social care system. Homecare workers are crying out for more dementia training – without it their hands are tied behind their backs. From the scandals we have exposed, it is clear they are not fairly or adequately equipped with the skills they need to support vulnerable people with complex needs. We need the Government to support empowered and well-trained homecare workers who can transform dementia care in this country, allowing people to live independently and in their own homes for longer.”

Key findings from our survey of over 1220 people affected by dementia include:

Alzheimer’s Society learned of a multitude of failures that could have been avoided if homecare workers had better training. Exposed were instances where people with dementia were:

The homecare sector is operating in an increasingly impossible financial environment – with cuts of almost 40% to adult social care budgets since 2010. Funding for training and development of staff is often the first to be cut, but this is a false economy. FOI requests revealed 71% of local authorities that responded do not include an allocation for training within their contracts for homecare. 38% of local authorities that responded do not fund dementia specific training sessions for homecare providers (Local Authority FOI).

Alzheimer’s Society is calling on Government to fund a dementia training pathway for homecare workers, in addition to stricter minimum standards of dementia training and closer inspection of care providers. The charity believes that the potential of homecare must be unlocked as a powerful ally of the NHS, reducing costly and unnecessary hospital admissions. Linda Jackson, 63, from Orpington in Kent, struggled to get good quality homecare for her dad Ken, who had Alzheimer’s disease, when he needed it. Linda said: “Dad was challenging at times and I was told that some carers refused to come back and care for dad. They simply didn’t know how to cope with his behaviour. He was distressed and worried, yet no one seemed equipped to look after him and give him the basic things he needed – food, medication, and comfort.

“Without a homecare worker with adequate training dad struggled to make sense of his life. He needed someone who understood him and the way he was acting – to speak to him and calm him down. Often I felt like my dad was seen as a nuisance. I was frequently phoned to be told he had been rude to carers, wouldn’t take his medication, and refused to let them in – but we were offered no solution. Dad’s last year was a living hell and he was eventually sectioned under the mental health act before dying six weeks later. No one’s life should be this way – homecare workers need training to help prevent people like my dad reaching crisis point”.

Homecare is failing people with dementia. Alzheimer’s Society is calling for the public to sign their petition and call on the Government to fix a broken homecare system: www.alzheimers.org.uk/fixdementiacare