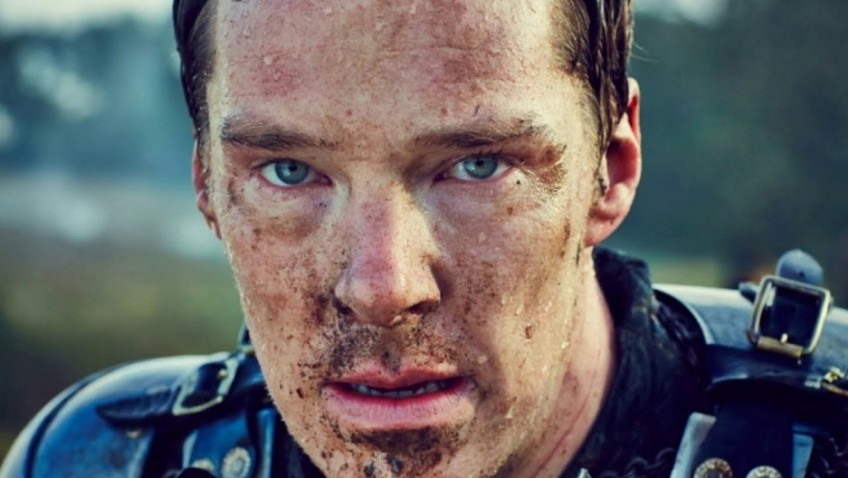 THE HOLLOW CROWN:The Wars of the Roses (Universal)draws on Shakespeare’s Henry VI Part 1, 2 and 3 and Richard III.The Henry plays are not popular but when cut and revived withRichard III and presented on one long day they can make for an exciting occasion.

Dominic Cooke’s production for TV, which goes for full-frontal (off-with-his-head!) brutality and gore, begins with the coronation of the nine-month-old Henry and ends with the Battle of Bosworth.

Whom do you trust in the War of the Roses? The answer is nobody. They are all traitors. The only decent and honorable person is Duke Humphrey (Hugh Bonneville), Lord Protector, and he unfortunately is saddled with a stupid and ambitious wife who ensures his downfall.

Henry (Tom Sturridge) is too naïve, too religious, too tender, too mild and too virtuous to be a successful medieval king. He disinherits his son, abnegates his authority and wanders naked on the heath.

It is Queen Margaret, she-wolf of France, who dominates the cycle. She marries Henry at 15 and ends up as a mad “withered old hag”. Sophie Okonedo looks like “a foul, wrinkled witch” from the very start.

The Henry VI trilogy doesn’t really work on TV; but there are some good scenes and some good acting, notably by Ben Miles as Somerset, and by Adrian Dunbar as Duke of York

Richard III works best; but then it is the better play and can stand on its own. Benedict Cumberbatch’s mad-eyed, gormless-looking homicide is determined to prove a villain and his neurosis is emphasized by his agitated index finger constantly tapping out some undecipherable Morse code on a chess board.

PLAY ON! SHAKESPEARE IN SILENT FILM (BFI). The tableaux tend to be overcrowded and unimaginatively filmed. But these clips from silent films, silent though they are (!), nevertheless, do give you a good idea how Shakespeare was staged, acted and costumed at the turn of the 20th century.

Famous actors include: Herbert Beerbohm Tree in one of his most famous roles, writhing in agony as a dying King John (UK 1899); Emil Jannings is a massive Othello, bitterly regretting killing his wife (Germany 1922); and Fernanda Negri-Pouit is a mad Ophelia (with flowing pre-Raphaelite hair) bent on drowning herself (1908 Italy).

Since the films are silent, some actors are liable to do too much exaggerated mime. There are some unintentionally hilarious moments: the murder of Julius Caesar is particularly difficult to take seriously (1908 USA); Lady Macbeth (Italian actress Maria Caserin-Gasperino,1909) seizing the daggers to kill King Duncan sleeping in a chair is absurdly hammy; and French actress Madeleine Roch’s Cleopatra (1910) reeling at the death of Antony and rushing to get an asp is LOL.

And, finally, thank goodness twee little girls are no longer cast as Puck and Ariel.