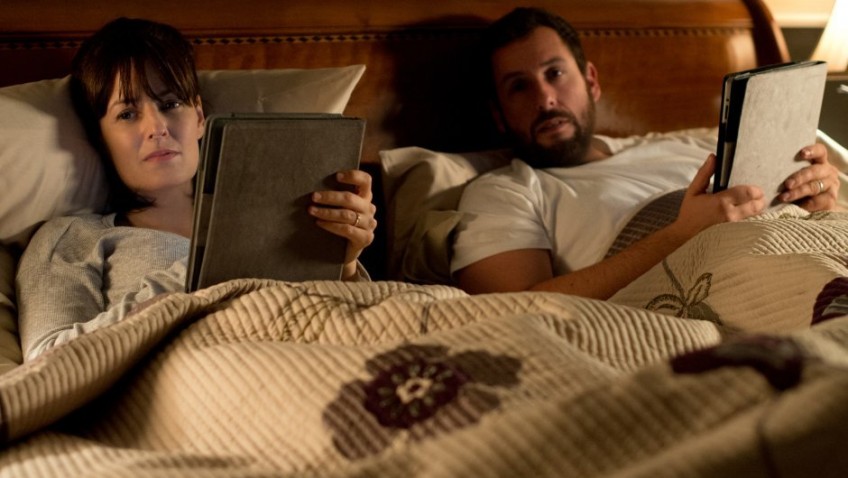 Selling our souls in Men, Women and Children

With the possible exception of his last film, Labour Day, Jason Reitman has a solid track record as a Writer/Director that includes, Thank you for not Smoking, Juno, Up in the Air and Young Adult:  all critically acclaimed, original, and usually humorous looks at contemporary North American social issues.

The key is that they are told through specific stories and original, three dimensional characters that transcend any underlying message.  With Men, Women and Children, Reitman has tackled one of the thorniest social issues of our time: the internet. It is also one that has proven a stumbling block to more than one director. With Men, Women and Children, character development and insights are at the service of the social issue and Reitman’s trademark humour and originality have taken a back seat to a downbeat, and surprisingly familiar, collection of intertwining stories.

Of the three stories, that of Tim Mooney (Ansel Elgort) is the most satisfying, thanks in part to the chemistry between Elgort and TV actress Kaitlyn Dever, and their effective performances.  Elgort is as good here as he was in the melodramatic The Fault in our Stars, released earlier this year, but he is now at serious risk of being type cast.

A high school football star who quits the team after his mother walks out on the family; Tim has read Carl Segan’s Pale Blue Dot and decided that life and, especially football, is insignificant.  He is put on anti-depressants by the school nurse and sits around playing computer games.  His single father, Kent (Dean Norris) a football fanatic, explodes when he discovers that Tim is addicted to these fantasy battle games and to the strangers he meets online who have become his new friends.

What is not insignificant for Tim is fellow student Brandy (Kaitlyn Dever), with whom he has fallen in love.  Their relationship is hampered by the fact that Brandy’s mother, Patricia (Jennifer Garner) monitors all of her social media as though Brandy were on parole.  When she notices the content of Tim’s emails, she actually erases them before Brandy can read them. Suspecting her mother’s handiwork is behind a miscommunication, Brandy resorts to a secret Tumbir account to arrange her innocent meetings with Tim. The discovery of this secret account leads Patricia to take drastic measures with a devastating impact on the young couple’s lives.

While all of the stories stem from very real problems and reflect real emotions, they feel contrived and overwrought. While Reitman puts the spotlight on the interesting subject of how we sell our souls, Faustian style, to the internet, and then are at a loss to deal with the consequences, he does so through melodrama and a lacklustre script. With a strange book-ended narration by Emma Thompson, the whole thing feels both superficial and heavy-handed; the last things you would expect from Reitman.