Home / LIFESTYLE / Have you seen a Leprechaun? 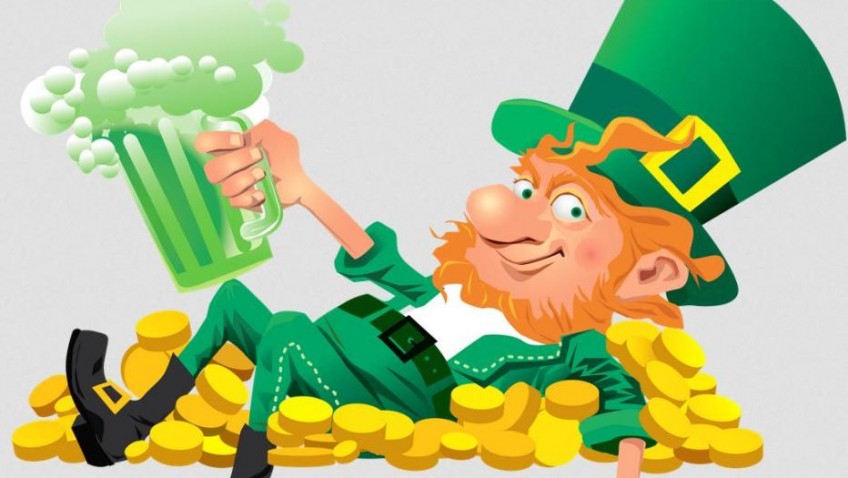 Have you seen a Leprechaun?

A leprechaun (is a type of fairy in Irish Folklore, usually taking the form of an old man, clad in a red or green coat, who enjoys making mischief. Like other fairy creatures, leprechauns have been linked to the Tuatha De Danann “tribe of the goddesses”, who are a race of supernaturally-gifted people in Irish mythology. . The Leprechauns spend all their time busily making shoes, and hide all their coins away in a hidden pot of gold at the end of the rainbow.  If ever captured by a human, the Leprechaun has the magical power to grant three wishes in exchange for their release.

The name leprechaun may have derived from the Irish leath bhrogan (shoemaker), although its origins may lie in luacharma’n (Irish for pygmy). These apparently aged, diminutive men are frequently to be found in an intoxicated state, caused by home-brew poteen. However they never become so drunk that the hand which holds the hammer becomes unsteady and their shoemaker’s work affected.

The leprechaun ‘family’ appears split into two distinct groups – leprechaun and cluricauns. Cluricauns may steal or borrow almost anything, creating mayhem in houses during the hours of darkness, raiding wine cellars and larders. They will also harness sheep, goats, dogs and even domestic fowl and ride them throughout the country at night. Some consider that the cluricauns are merely leprechaun on a drinking spree.

These little folk get the blame for a great deal of trouble in the country and they are famous for playing tricks on people. I don’t think any have been seen outside the Emerald Isle but my friend tells me that when she was in the Brownies she was in the leprauchan group.   Legend dictates that leprachuan are always male so she may have been misplaced.

If you get lucky and manage to catch a leprechaun you need to be smarter than him or else you will be easily tricked which can have damaging results, never take your eye off him or he will vanish.

A captured leprechaun will grant you three wishes or a gold coin to bribe his way to freedom but this is when things can go terrible wrong if the wrong decisions are made.

Depite the aura of myth that surrounds these little creatures most Irish people are convince of their existence and we all recognise an image of one when we see it.  My grandchildren were out in the garden looking for fairies recentlyand I suppose had we been in Ireland it would be leprachuauns although I would be more concerned as their often have an air of malevolence about them

On 1 July 1964 a rumour spread through Liverpool’s schools that leprechauns had been seen in Jubilee Park.  Thousands of children organised a hunt for them, tearing up plants and turf, scaling surrounding walls, and searching empty houses. Police cleared the area, but over the next couple of days thousands of kids stormed the city’s parks.

The episode is often dismissed as a case of mass delusion, but there may be a simpler explanation. In 1982, a short man called Brian told the Liverpool Echo that some children had seen him in the park, abused him for his height and called him a leprechaun. Brian went along with it, babbling at the kids in an imaginary leprechaun language, and threw sods of grass at them. They ran off, screaming, and returned en masse the next day. The little people may not be real but the belief in their existence certainly is.