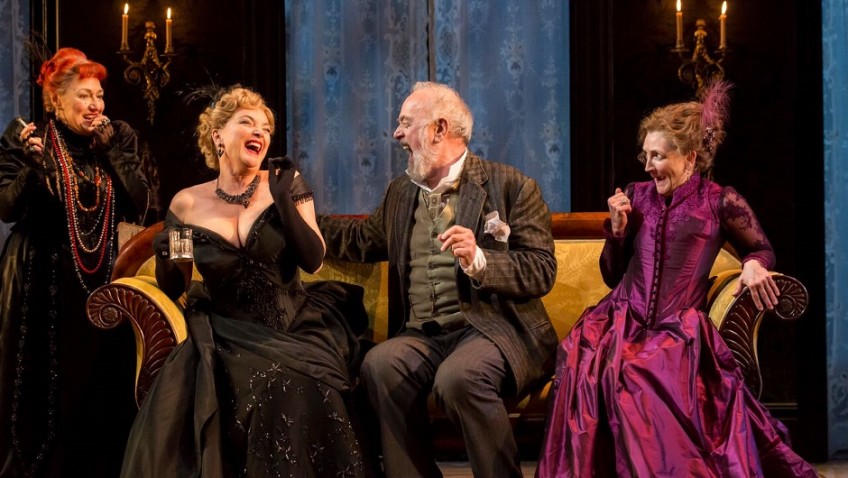 See one Chekhov and you will want to see all three

The good thing about the Young Chekhov trilogy and especially for all those who love Chekhov’s plays is that it gives a major opportunity to see plays, which are not performed that often, brilliantly directed by Jonathan Kent and excellently acted by a fine ensemble.

First seen at Chichester Festival last year, the productions are in excellent shape and not to be missed. In 1887 when Chekhov was 27-years-old he criticised the melodramatic trash which was then being produced on the Moscow stage and was challenged to do better.

He dashed off Ivanov in eight days. At the premiere the actors did not know their lines and some of them were drunk. The experience very nearly put him off theatre for good.

Ivanov (Geoffrey Streatfeild), a 35-year-old landowner, is a disenchanted, bourgeois intellectual, a typical Russian character of the 19th century, but given a new spin by Chekhov, who wanted to get away from the stereotypical “superfluous Man.”

The estate is in ruins and Ivanov has no money to pay bills, debts and workers. He no longer loves his consumptive Jewish wife, who gave up family and religion to marry him and whom he had married only for her money, only to find there was no dowry.  He treats her abominably and calls her a “dirty Jew” to her face.

Ivanov, full of self-loathing, burnt-out with shame, is detestable, contemptible; and that is perhaps one reason for the play’s comparative neglect though the role has attracted actors of the calibre of Denholm Elliott, John Gielgud, Derek Jacobi, John Wood, Alan Bates, Ralph Fiennes and Kenneth Branagh

Chekhov’s satire of provincial society is full of caricatures, brilliantly orchestrated by Jonathan Kent during a very funny party in the second act

A count (Peter Egan) proposes to a vulgar rich widow (Emma Amos) whom he despises because he wants her money and he knows she will accept because she wants to be a countess.

Similarly, the last act, with a double wedding day and brides and grooms utterly miserable has an irresistible Chekhovian combination of comedy, farce and tragedy, all going on at the same time.

Interestingly, the vitriolic and well-deserved condemnation of Ivanov and the provincial society falls on deaf ears because the doctor who delivers it is so self-righteous. This difficult and ambiguous role is played by a forthright James McArdle..

If you ask me which one you should see out of Platanov, Ivanov and The Seagull, the answer is I don’t think it matters very much which because if you see one you will almost certainly want to see all three. You can see the trilogy in any order since they are quite separate plays with different characters.