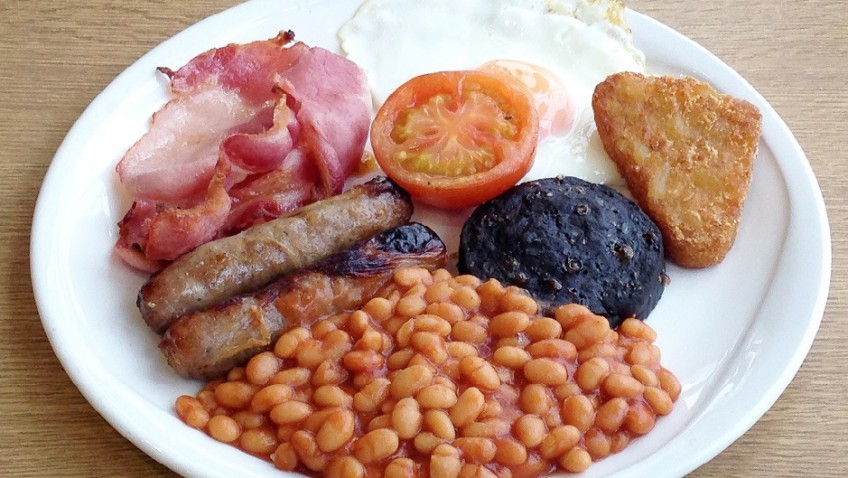 Secret to long life a full English breakfast every morning

A great-grandad who has become the oldest man in Britain at the age of 108 says the secret to a long life is hard work and a daily FRY-UP.

The sprightly centenarian has also worked through the Great Depression and has been alive for historic events such as man’s first journey into space and the sinking of Titanic.

He lived in Mayfield, Derbys., for most of his life until medical problems prompted a move to Tynefield Court Care Home, in Etwall, Derbys., just five weeks ago.

Jack, who will reach the age of 109 in December, celebrated being unveiled as the oldest man in the country by treating himself to a pint of lager.

Jack brought up his family of six children, the oldest being 84-year-old Doreen Butt, in Mayfield with late wife Beatrice, who passed away 26 years ago. 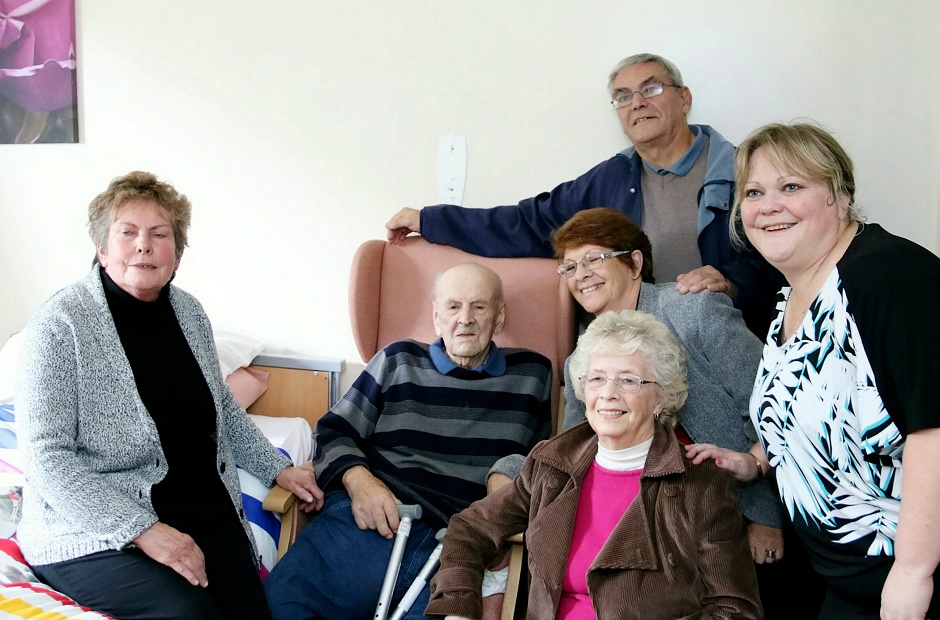 Jack with his family

Jack said his relentless work schedule, which saw him still perform manual work at the age of 98, has been a key part of his long life.

He also credited his impressive age to having a Full English breakfast every morning, a pint of lager with his Sunday dinners and drinking vinegar to ward off ailments.

Jack said: “The secret to getting to this age is work – it just keeps you going and I’ve never stopped.

“I would work 20 hours at a time. I never used to go to bed at night – I didn’t have time. I’ve really roughed it over the years.

“I used to smoke, but not a lot, and enjoyed draughts and dominoes in the pub.

“When I’ve had any aches and pains over the years, I’ve rubbed vinegar on them and I swear by it. I think drinking it has kept me from falling ill.”

Jack’s strong work ethic began from a young age when he would walk a four-mile round trip to school and get straight to labour on his family’s farm. 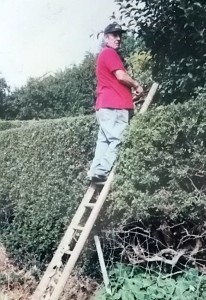 As a farm worker, he was exempt from fighting in World War Two, giving him the opportunity to take part in the Shrovetide Games, in Ashbourne, Derbys., every year.

He said he never shied away from a physical challenge and was occasionally known for using his fists.

He added: “Not going to war was something I regret.

“I’d have liked to have gone and fought for my country, but I had to stay at home and be in the Home Guard.

“I’ve never stepped away from a challenge.”

After years working in the fields, Jack had a change of career and started delivering coal on a horse and cart for the Co-op.

He eventually progressed into a managerial role at the firm, which he did not leave until the age of 75.

He fondly remembers his horse bolting when he stopped at a customer’s house for a quick cup of tea on a coal round.

The steed grew tired of waiting and he ended up having to chase the horse and his cart down a hill to retrieve them.

Jack’s oldest child Doreen said: “I feel great that my dad is the oldest man in Britain.

“I feel so proud of him. He always worked hard and he only had two or three days off when he was suffering from jaundice.

“I always remember him working. He believes the harder you work, the longer you will live.

“Years ago he would work up to 20 hours a day. But now he’s in a care home, he can’t stand being inside.

“He feels like a caged tiger. He just wants to go out and work.

“He loves a Full English and he would treat himself to a pint of lager with his Sunday lunch.

“He isn’t a big drinker at all but he likes the odd one.

“Mum died 26 years ago and he’s been on his own ever since, but he has his family all close by.”

Richard Mansfield, who, at 70, is Mr Mansfield’s youngest child, added: “It’s just absolutely amazing that my dad is the oldest man in Britain.

“I’m that proud, I can’t explain it. You just don’t expect it.

“If you do something like try to take his jumper off if it’s warm and he doesn’t want it, he can still put up a hell of a fight.”

Home manager Suzanne Edge, who presented Jack with a selection of miniature whiskeys to mark his milestone, said: “I feel really honoured to have Jack here at the home.

“He doesn’t look his age and we hope to be looking after him here for many, many more years to come.”

by Laura Savvas and Gareth Butterfield