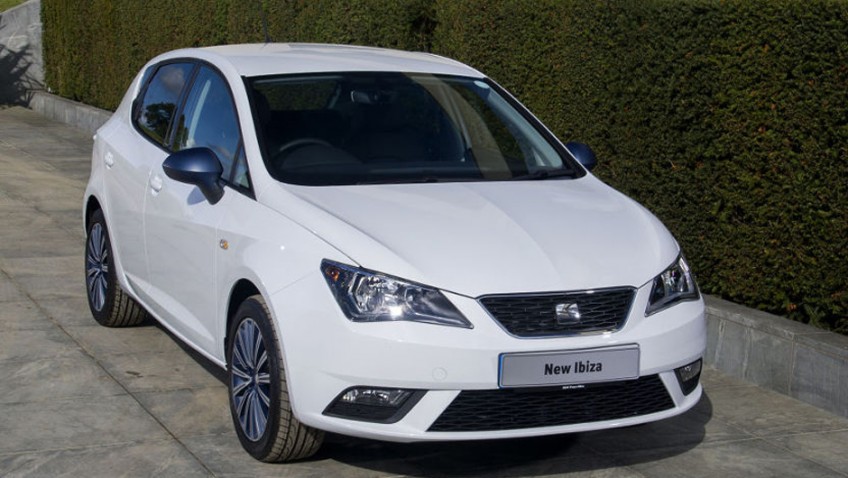 SEAT, the car manufacturer, has been around a long time, indeed its origins go back to the middle of the last century. The Ibiza, perhaps their best known model, doesn’t go back quite that far, but was first seen in 1984 and since then has become the brand’s best seller, with more than five million sales to date. The new fourth generation Ibiza was launched at Waddesdon, one of the National Trust’s major properties, so the roads used for the test were Buckinghamshire’s best, and worst.

The new car has new engines, new interior and, they assure us, a better driving experience, including new steering and suspension. Its popularity is due in part to the choice of body styles; it’s the only supermini to offer three of them – 5-door, 3-door Sport Coupé, and Sports Tourer, which you might be tempted to call the estate version. Across the range there are six petrol and two diesel engines, plus a high performance one for the powerful Cupra, coming on sale very soon.

The current list includes a 1-litre 3-cylinder petrol that comes with a choice of three power outputs, the highest of which is a remarkable 110PS. For those unsure what a PS is, this is the unit of power now favoured by motor manufacturers, mostly because it is a metric unit (in German, horsepower is ‘Pferdestärke’, hence PS), though they like it too because it’s a marginally smaller unit than our own ‘bhp’ (brake horsepower), so the attached numbers are bigger!

I drove 1-litre and 1.2 petrol cars, and both were refined in the extreme, which is an especially impressive achievement for a three-cylinder engine. Push it hard however, and the engine note does turn up the volume, though it’s not an unpleasant sound. The 1.2 was memorable for feeling far more like a 1.5 or so, such was the generous amount of low-down power. 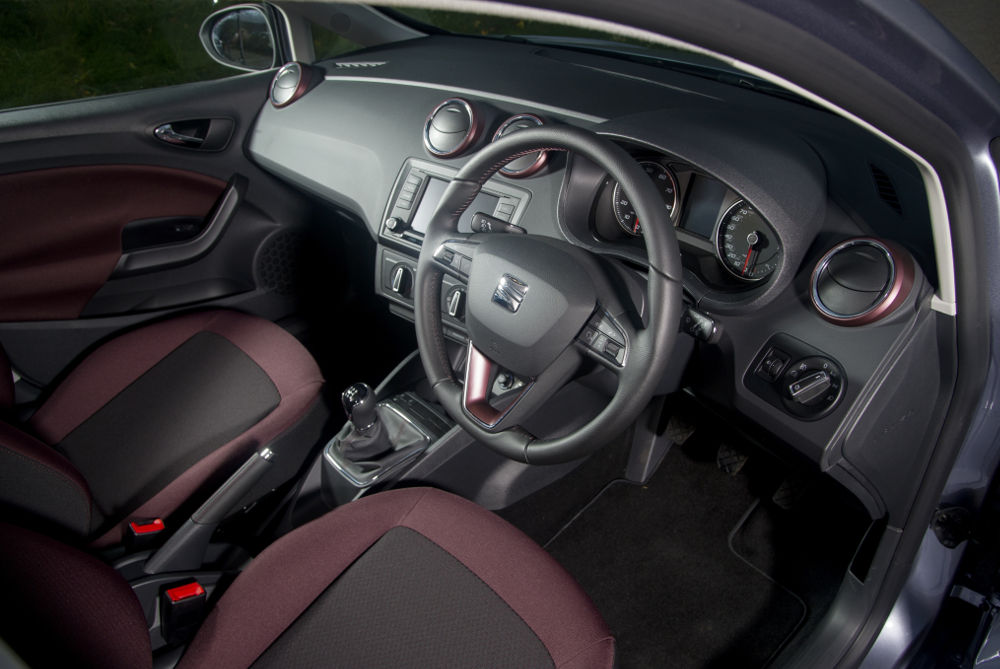 The Ibiza cabin looks good, but only if you’re an enthusiast for dark colours, for there’s a good deal of dark grey on display, though it’s relieved to a large extent by the silver surrounds to gauges and control knobs. Leg room in the rear seat is about what you’d expect for a car of this size, which means it’s not great, and tall adults will find headroom somewhat lacking as well, but this isn’t the car for four adults to go on a touring holiday. It’s built for individuals, young families, and couples of any age, and it does that job well.

Luggage space is good, especially in the ST model, which offers 430 litres before the rear seats are folded. Once you’ve done the folding bit there’s 1,164 litres, which translates as 41 cubic feet, and again that’s pretty generous. Just as importantly, thanks to the low sill luggage can be loaded into the boot easily, and the available space is helpfully ‘square sided’.

There’s a wide choice of model specifications from which to choose, from the base ‘E’ models up to the ‘FR Red’. Somewhere in the middle of that lot is the ‘Connect’ model which features a raft of gadgets to entice technophiles. Chief among them is a Samsung smartphone and lots of software to go with it. 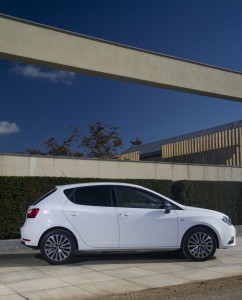 Many readers will by now have ‘turned the page’, but those who do appreciate techno babble might want to know that with the SEAT Connect App, they have an exclusive function called ‘gesture control’, whereby items such as calls or contact addresses can be called up onto the touch-screen of the SEAT Media System using swift finger gestures. Sounds remarkable, but like me you might be thinking that it would do no harm for the average driver to give more attention to the road and a little less to their phone apps.

Competitors of the Ibiza are numerous, two of the most successful being Ford’s Fiesta and the Peugeot 208. Base price of the Fiesta matches the Ibiza pretty closely, but at the top end you can spend more on a Fiesta. The Peugeot is dearer than both the others at both ends of the scale.

So, the SEAT Ibiza is sensibly priced, good to drive, and practical too, provided rear seat leg and head room aren’t an issue. Running costs should be reasonable, for many of the 32 models fall into the ‘A’ tax band so owners will have nothing to pay. Fuel consumption of these frugal ones runs from 68.9 up to 83.1mpg, though as ever it’s important to bear in mind that these are the official figures, and you won’t be getting consumptions as good as those in the real world.