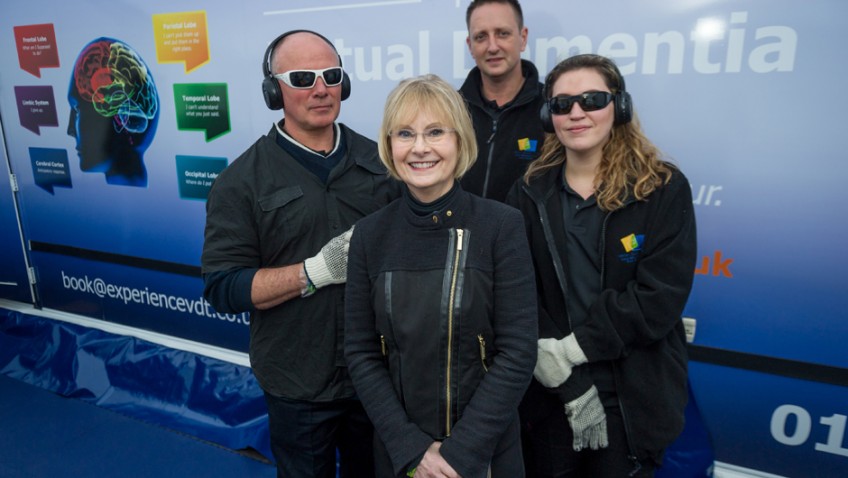 Britain’s first mobile tour offering people the chance to walk in the shoes of dementia sufferers by mimicking their everyday experiences has been launched.

Dementia is a general term for a decline in mental ability severe enough to interfere with daily life.

Managing director Glenn Knight, who is hoping to take the tour across the country, described dementia as the body outliving the brain.

His aim for the tour, based in a converted lorry with a tent attached, is to show that a person with dementia is not challenging or aggressive.

He said: “People experience absolutely everything that dementia sufferers go through.

“We put insoles into their shoes to represent peripheral neuropathy where the nerve endings die in your feet and in your hands.” 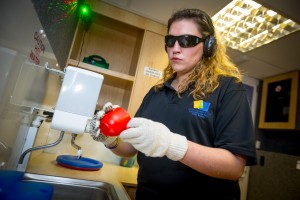 Peripheral neuropathy is a term for damage or disease affecting people’s nerves.

“If you think about walking across a pebbly beach with no shoes on, that’s pretty much what it would feel like.

“This is why people with dementia walk around with no shoes on, shuffle when they walk and constantly sit down, because they’re in pain.”

Beginning two years ago in the UK, people experiencing the Virtual Dementia Tour are also given gloves to take away their sense of touch and their sight is impaired, simulating macular degeneration and presbyobia.

Macular degeneration, mainly affecting people over 50, results in blurred or no vision in the centre of a person’s visual field.

Presbyobia occurs when people experience blurred near vision, caused by a loss of elasticity of the lens of the eye.

Mr Knight said: “We give people a sense of macular degeneration, peripheral vision loss through glasses and presbyobia which happens to all of us after 40. 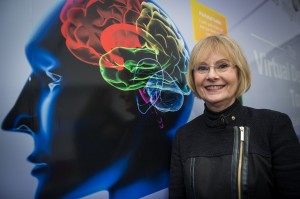 “Then we put sounds into people’s headsets at the right volume for people with dementia because they hear at slightly higher volumes but they also lose the ability to block out sounds.

“Add all these together, this causes the reaction of sub-vocalisation, humming, laughing, shuffling gape, talking to yourself out loud and talking about what you are thinking.

“The easiest way to explain it is the way that Shaggy talks to Scooby Doo, not pronouncing some words.

“All of this, people don’t realise they’re behaving this way because they can’t visualise it themselves.

“Everyone is different so some people will swear, we’ve had a nun say the F word twice and the S word once and walk out saying I don’t even know those words.”

Mr Knight is approaching hospital trusts up and down the country to adopt the dementia tour to increase awareness of people with the disease.

Last year there were 850,000 people with dementia in the UK and according to the Alzheimer’s Society, there will be more than one million dementia sufferers in the UK by 2025.

Mr Knight added: “Dementia is the eighth biggest killer in this country and it is the only disease that kills you which has no cure.

“Within four years it will be the fourth biggest killer and within ten years number one.