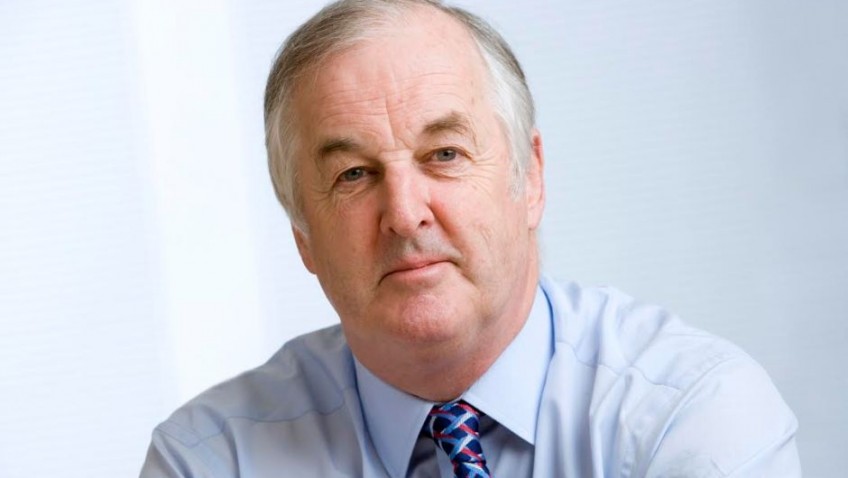 Ashes in the Wind is a big book covering three generations of two families and moves from Ireland in 1908 to the present day via Spain, Northumberland, Greece and back to Kerry.  It is well researched and gives the reader a sometimes uncomfortable insight into the history of the troubles and the often violent fight for freedom from both sides in 20th century conflicts; written by Christopher Bland.

The story opens in County Kerry in 1919 with two 8 year old boys who are friends at school, but come from very different backgrounds.   As they grow up, their differences become obstacles and their lives completely divergent.  In fact, they become political enemies and as we follow them we have a better understanding of the conflicts that divided, and still divide Ireland today. Bland having been a long active member of the British-Irish Association is attentive to the varying interests on either side of the Anglo-Irish historical discussion. His own family history spans centuries.

Bland’s sympathies lie more with John Burke, the Anglo Irish protestant, but he gives a balanced account of the anguish of both sides in the struggle for independence.

To anyone who recently watched the BBC programme “Who do you think you are?” featuring Brendan O’Carroll, this is a good book to read for the background of the time of his grandfather’s murder.

This novel, as well as being a good family saga, is worth reading for the insight it gives into the whole Irish question.  Recent Irish history is so entwined in the annals of the British Isles that it helps put a perspective on our national relationships across generations.

I was privileged to speak to Christopher Bland about his epic book and discuss the Irish Question with him.  He had stories of the Irish war of independence directly from his father and grandfather, and is amazed at the ignorance surrounding this war.  He spent 3 years researching and writing this book and while it is a novel I learnt a huge amount about Ireland’s history and was able to relate it to real people.

It had long been an ambition of his to write a novel and before embarking on such a mammoth task he enrolled in novel writing classes.  This shows the professionalism of the man but I also found him charming and enthusiastic.  I look forward to his next novel which he is currently writing.

The author has lived a truly renaissance gentleman’s life, which has spanned from chairing The BBC to competing in The Olympics.  This book covers the ideals of the BBC: to educate, inform, and most of all entertain.

We also have three copies of Ashes in the Wind to give away. To be in with a chance of winning, simply answer the following question before 17th April 2015: