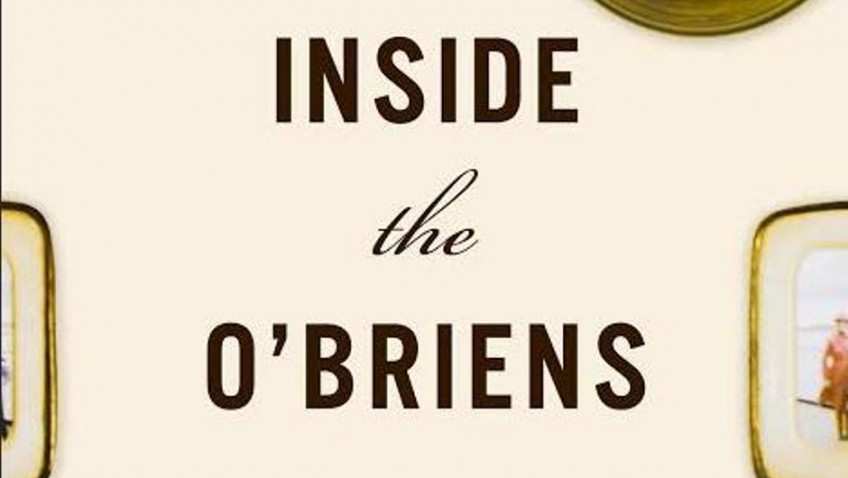 Inside the O’Briens by Lisa Genova

If you have read the book or more likely seen the film of Still Alice, you will know that Lisa Genova tackles the hard facts of a degenerative disease with compassion and skill.  This new book takes an ordinary man and his ordinary family and tells their extraordinary story of how fate can shatter lives. The author who is also a neuroscientist, has written a powerful new novel that does for Huntington’s Disease what her debut Still Alice did for Alzheimer’s.

Joe O’Brien is a forty-four-year-old police officer from the Irish Catholic neighborhood of Charlestown, Boston, Massachusetts. A devoted husband, proud father of four children in their twenties, and respected officer, Joe begins experiencing bouts of disorganized thinking, uncharacteristic temper outbursts, and strange, involuntary movements. He initially attributes these episodes to the stress of his job, but as these symptoms worsen, he agrees to see a neurologist and is handed a diagnosis that will change his and his family’s lives forever: Huntington’s Disease.

Huntington’s is a lethal neurodegenerative disease with no treatment and no cure. Each of Joe’s four children has a 50 percent chance of inheriting their father’s disease, and a simple blood test can reveal their genetic fate.

Through the book we understand the members of this staunch Catholic Irish American family and how they deal with the appalling threat hanging over each of them.  We follow the thoughts of the youngest daughter Katie who is a yoga teacher and in the first stages of a love affair with a man who she thinks her family will not consider a suitable partner:  he is not a catholic, Irish or white.   The thread of the family’s strong religious and Irish culture is both a help and hindrance to how they deal with the devastating diagnosis of Joe’s disease.

We also get inside the head of Joe the fiercely loyal policeman, father and avid Red sox baseball fan.  Dealing with this disease through his physical and emotional progression is anguishing enough but knowing that his beloved children and unborn grandchild may have to suffer the same pain and humiliation adds more misery.   The inevitability of the journey from identification of the presence of the gene and resulting death usually 10 years later, is so harrowing and as the symptoms are unrelentingly destructive, it makes it hard to read,  but almost impossible to put down.

The author, Lisa Genova is tackles the subject with love, compassion, insight, understanding, emotion, research, compassion, and humour. This is a must read book for many reasons but expect to have your heart strings tugged and hope that a cure for this horrific disease can be found soon.