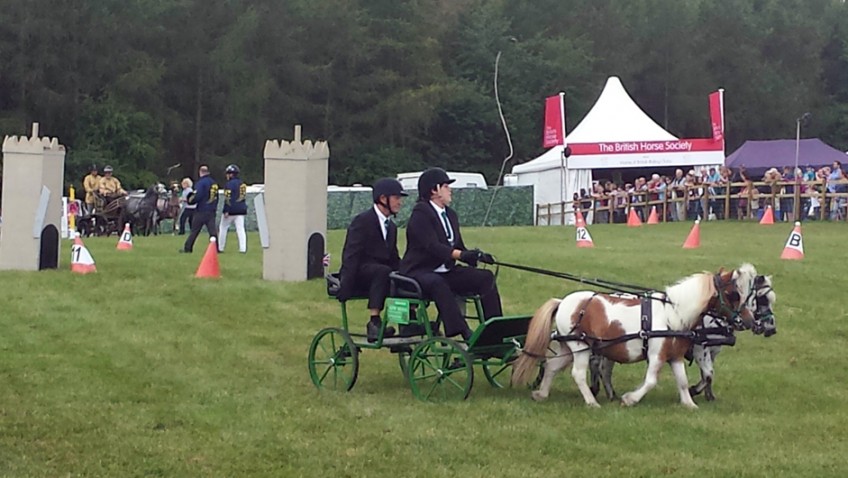 Growing passion for the countryside

My recent attendance at the BBC Countryfile Live event held in the stunning grounds of Blenheim Palace made me appreciate just how popular all things rural have become – and not just with those of us lucky enough to live in a rural environment.

This was a real whopper of a country show across a site that according to the event organisers could accommodate more than eight Wembley stadiums. The official figures show that 125,000 people visited; 10,069 dogs bought their owner along and over 750 exhibitors showcased and celebrated all aspects of British rural life – farming, rare breeds, horses, crafts, produce, heritage and the natural world.

The Association of Show and Agricultural Organisations (ASAO) states that around six million people attend country shows each and every year, which is approximately 10% of the population.

People from towns and cities, young and old and from all walks of life are taking a very keen interest in the countryside and what goes on there. According to the Broadcasters Audience Research Board (BARB) 8.1million of us tuned into watch Countryfile on 28th February 2016 – a viewing figure some other mainstream entertainment programmes can only dream of and not bad for a production that started as a small Sunday lunchtime broadcast in 1988.

On top of that there have been Countryfile spin-offs (such as Nature’s Miracle Orphans), Countrywise on ITV and a plethora of other TV programmes focusing on rural life and pursuits – all feeding the nation’s craving for the outdoors.

So why are we so interested in the rural life? Is it purely escapism or is something else going on?

The number of students who do not come from a farming or rural background, studying at agricultural college and universities, is on the rise.

Recent flooding disasters and campaigns relating to milk prices have put rural issues into the mainstream news media, which in turn has brought these issues to a wider public audience. Has this perhaps shown us all that there is more that unites us than divides us?

Or are we hankering back to a life that we feel was simpler, less stressful and more ‘grounded’ than the ones we live now?

Having said that, I’m guessing most farmers would disagree with that judging by the amount of technological knowledge that farmers need today – it’s quite bewildering.

The media often presents the positive side of rural living with reports that show people who live in the countryside are happier, have a better lifestyle than those in towns and cities and the negative by reporting on the issues with higher house prices, instances of isolation and the lack of infrastructure.

Issues relating to food security, global warming and renewable energies have turned our attention to our countryside, how it’s used and how we need to care for it. Maybe we are starting to appreciate that those who are the countryside’s custodians are vitally important too.

Perhaps it’s an increased awareness of how we can all make a difference to our wildlife, our countryside and ultimately our future that accounts for this surge of interest.

Whatever the causes, the results are uplifting – as the enthusiasm of attendees at the country’s agricultural shows and fairs attest to. Making us all more aware of where our food comes from, how it is reared and cultivated and how things are made can only be a good thing – whatever our ages.