Home / NEWS / Revealed – the formula for a happy retirement! 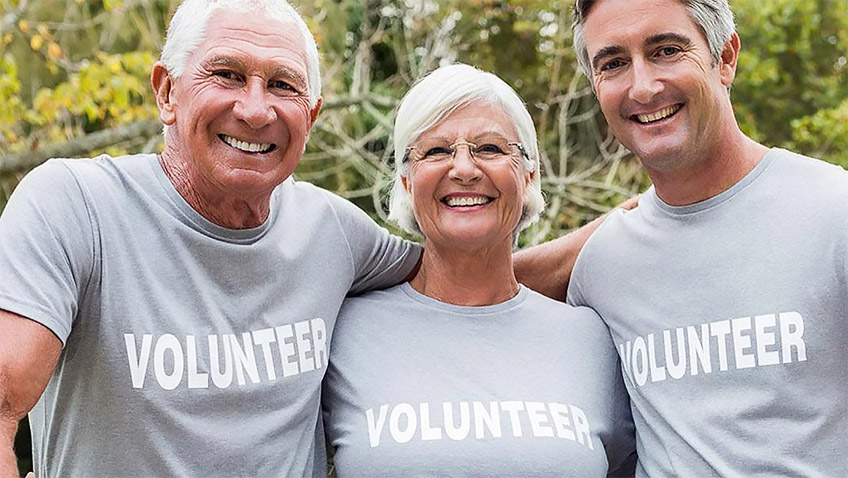 Revealed – the formula for a happy retirement!

Further, nearly a third (30%) of retirees are volunteering whilst only one in ten (13%) new retirees say they are still not enjoying retirement.

This is according to recent research undertaken by the Royal Voluntary Service (RVS) working in conjunction with insurance company, Legal & General both of whom are calling on people of all ages, especially retirees, to offer up their skills and talents to help others by volunteering.

You might think spending your days with your feet up with huge amounts of spare time is the key to happiness in retirement but you would be wrong. The research found that those happiest in retirement are over twice as likely to have found purpose in something other than work (39% v 17%) and almost twice as likely to look after their grandchildren (30% v 17%). The findings showed that retirees are also seven times more likely to be using their skills and talents (28% v 4%) and four times more likely to be exercising (33% v 8%).

The study asked new retirees to rate their happiness levels, and then asked them about their life in retirement. It showed that those who are happier are five times more likely to travel or go on holidays (55% v 11%), and four times more likely to play an instrument (8% v 2%).

When asked about the factors that make for a happy retirement, new retirees responded as follows:

This shows the importance of finding meaning in life outside of work, as well as regular human interaction, for which volunteering has been the answer for many. With the research showing that one in three retirees (30%) are already volunteering, supporting research by The RVS shows nine in ten volunteers feel that volunteering gives them a sense of purpose (91%) and eight in ten feel more connected to their communities through volunteering (79%).

The research also reveals the negative impact of finishing work and the transition into retirement with many finding it a daunting and a difficult phase in their life. Immediately after retiring, almost one in four recent retirees (23%) missed the routine of working life. More than one in ten (12%) also felt they lacked purpose, while some also said they fell into a depression (8%).

Among all those who retired within the past five years, one in ten (13%) said they are still not enjoying retirement. Over half (53%) of these individuals claim it’s because they are bored, four in ten (43%) feel lonely and have less interaction with people, and nearly one in every three (31%) are struggling because they don’t have an outlet for their skills or experience.

However, those who are enjoying their golden years have adjusted to retired life by having an activity or hobby they enjoy (41%), finding a sense of purpose (39%), and seeing other people regularly (35%). In addition, more than a third (35%) said volunteering had given them an outlet for their skills and a purpose beyond work (34%), filling the hole left by decades of employment.

The research among retirees reveals one in five (18%) claim volunteering has helped them find happiness in this new phase of their lives, with many feeling like they are making better use of their time than those that don’t volunteer. Of those retirees that volunteer, two-thirds say it has made them happier (64%) more positive (62%), and almost half (45%) say it’s helped them feel less lonely.

Psychologist Jo Hemmings, who analysed the findings, said: ‘When you give up work it can feel like a huge sense of loss but actually it doesn’t have to be that way. Retirement is an exciting phase of life, but the emotional jolt of leaving work, its routines and friendship circles, can bring with it loneliness and a lack of fulfilment. Getting involved with your local community is the best way to make sure you have the right ingredients for a content and meaningful retired life.’

Rebecca Kennelly, Director of Volunteering for Royal Voluntary Service, said: ‘We know our volunteers experience immense satisfaction from helping others, and that they relish the sense of purpose that comes with volunteering. To have a happy and healthy retirement, it’s important to find a place in your community and also have an outlet for your many skills and talents. Volunteering offers you all of these things, and the feeling of giving your time to do good is unbeatable.’

For more information on how to volunteer visit royalvoluntaryservice.org.uk