Home / NEWS / BLOGS / Putting something back 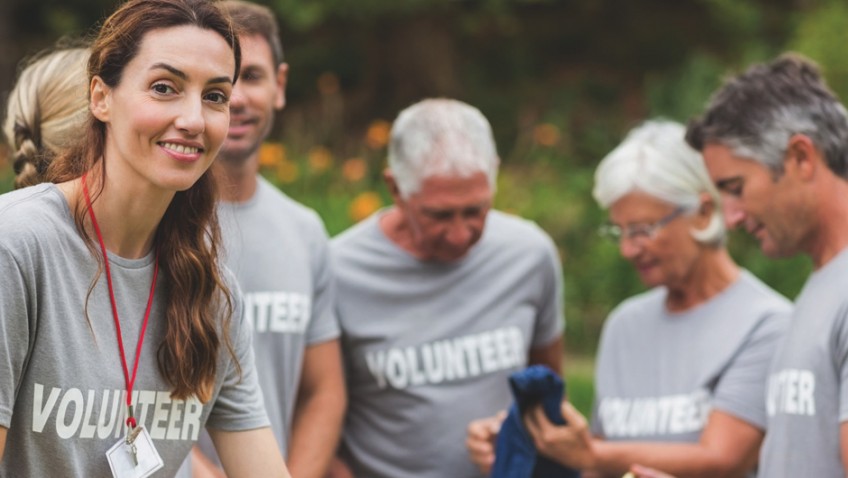 When people stop work, due to retirement, redundancy, or just because they feel like what is nowadays called a ‘career break’, they often take up voluntary work, stating that their motivation for this is a desire to ‘put something back’. Their thinking goes something like this: ‘Life has been good to me; I’ve grabbed opportunities with both hands; I’ve done well for myself. Now it’s time for me to pass on my knowledge, experience and expertise to those less fortunate than myself’. I have been an enthusiastic volunteer – on and off – for most of my life, but can’t relate to the rationale underpinning this notion, partly because I started volunteering while still at school in Guildford, when I was too callow to have any real understanding of what ‘putting something back’ could possibly mean.

It all started for me in 1968, when the River Wey burst its banks and the quaint cottages down on the riverbank opposite the Yvonne Arnaud Theatre in Guildford town centre were inundated. As school children, we were asked to help provide ‘flood relief’. This meant an afternoon off school – always welcome – so I was one of the first to put my name forward. On arriving at the scene, we were tasked with assisting the adults in removing sodden Persian rugs, mahogany writing desks and balloon back chairs from the homes of their wealthy owners. I was fascinated by these – to me – rather glamorous people. Our house had no antiques or priceless artefacts. Here was a world that was different from mine; by volunteering I was broadening my horizons.

Privileged though they were, I did feel some empathy for the victims, but it was my next volunteering opportunity that had the greater effect on me. With the flood relief having been judged a success, my school embarked on a programme of Community Service. It was optional, but the chance to get out of school was such an attraction to me that I was again first in the queue. I volunteered to help the WRVS with the delivery of Meals on Wheels. Before Wiltshire Farm Foods and M&S cornered the market with their ready meals, the ladies of the WRVS delivered hot meals already dished up on plates and stacked up in the boots of their estate cars to the elderly, infirm and housebound, for a small charge. My job was to run into the house with the meal and place it on the table and at the same time collect the clean plate from the previous day. This gave me a contrasting perspective on everyday life in the Home Counties. My round covered one of the council estates on the outskirts of town and I saw that not everyone in leafy, south-west Surrey was affluent. Some of the residents lived in squalor, but what struck me the most was the obvious loneliness of some of the people we catered for. There was no time to stop for a chat, as we needed to get all the meals delivered at an acceptable time. There were, after all, no microwaves for reheating these already barely lukewarm, sometimes congealed, offerings. I was being exposed, for the first time in my life, to the pain of social isolation, and after almost half a century, it’s a problem that stubbornly persists to this day.

Some years later, now married and with a small child, I saw an advertisement for volunteer adult literacy tutors. I turned up for the training session and was placed on their books. The idea was that we would be teamed up with someone and work on a one-to-one basis. To my surprise, I was paired off with my milkman, who – though he couldn’t read and write very well – was very good at arithmetic. He confided in me that he routinely overcharged customers. He had learnt which of his customers wouldn’t have a clue about the cost of a pint of milk, or which ones would be unlikely to check their bills. He then supplemented his income by regularly charging these people a ‘premium’. I was quite shocked by the matter-of-fact way that he told me this. As far as he was concerned, it was the customers’ fault for being so lax; he was well within his rights to award himself a bonus. I always checked my own bill after this, and urged all my friends to do the same.

And so it went on. I volunteered at my son’s nursery school, washing the paint dishes; at his primary school, listening to children read; and then, when I moved to Leicester, I gave home tuition in English to a Pakistani woman – newly arrived in Britain – who never left the house. When I moved to Scotland, I did conservation work for the National Trust, became a volunteer youth hostel warden, helped out at a prison cafe and was a Police Custody Visitor. I am currently offering my services as an English teacher to a Migrant Support Group. This has brought me into contact with another world that was previously unfamiliar to me: the world of food processing factories and farm work. Life in Britain is hard for many of our migrant workers, but from their descriptions of life in their home countries, I am pleased for them that they have been able to settle here. Far from ‘taking our jobs’, many are doing work that we Brits simply don’t want to do.

Now in my sixties, I still have difficulty understanding the ‘putting something back’ brigade. In fact, I have come to see volunteering as a two-way street, in that it benefits us volunteers as much as it does the voluntary organisations we try to support. I seem to have an insatiable curiosity about people, so volunteering – by bringing me into contact with people I may not otherwise come across – is ample reward. What voluntary organisations don’t need are sanctimonious do-gooders paying back to society some debt they imagine they have incurred by living a charmed life; they simply need ordinary people who want to do their bit for their community and who happen to have a little time to spare.