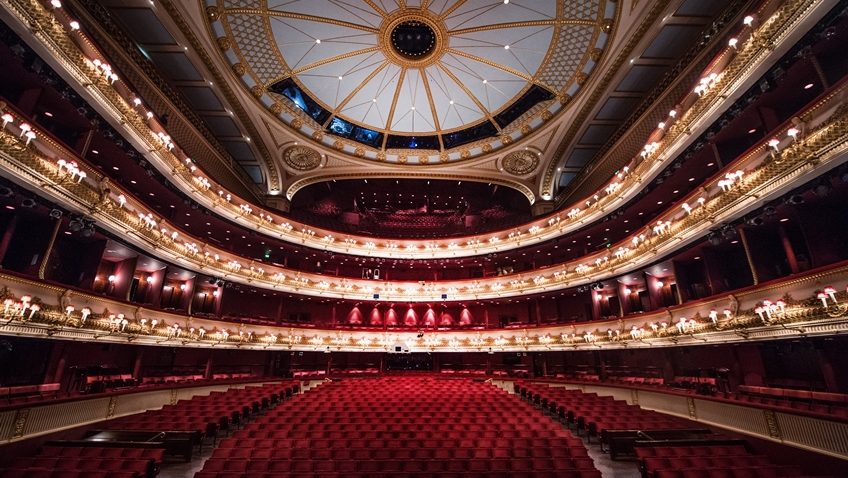 Giuseppe Verdi, looking for a new subject and wanting something, which was “novel, beautiful, grand, varied, daring,” chose Alexandre Dumas fils’s autobiographical play, La Dame aux Camelias, which was having a succes de scandale in Paris in 1852.

Dumas’s enormously popular tear-jerker was inspired by his affair with the famous courtesan, Marie Duplessis, whom he shared with many others, including his father, and who died when she was only 23.

La Traviata is the most intimate of operas and, when it was written, the most modern; too modern, for some, and so the production was put back to the period of Louis X1V so as not to cause offence.

The first night in Venice in 1853, was a fiasco, not least because the soprano was exceptionally stout and the audience found the idea of her dying of consumption absurd. Verdi revised and revived it the following year; it has remained in the repertoire ever since, sung by every great soprano.

Richard Eyre’s production designed by Bob Crowley, which premiered in 1994 has had many revivals. This revival, conducted by Antonio Pappano, dates from 2009 and has a gorgeous performance by Renée Fleming as Violetta, the courtesan.

Joseph Calleja is Alfredo, her callow lover. Thomas Hampson is Germont, Alfredo’s father who is acutely embarrassed by his son’s liaison.

There are two scenes which are particularly involving, dramatically and musically. The first is when Germont persuades Violetta to give up Alfredo. The second is Germont’s public condemnation of his son’s despicable behaviour at the gaming tables. (Alfredo had just thrown all his winnings in Violetta’s lap.) The incident leads directly into the tremendous Act III ensemble.