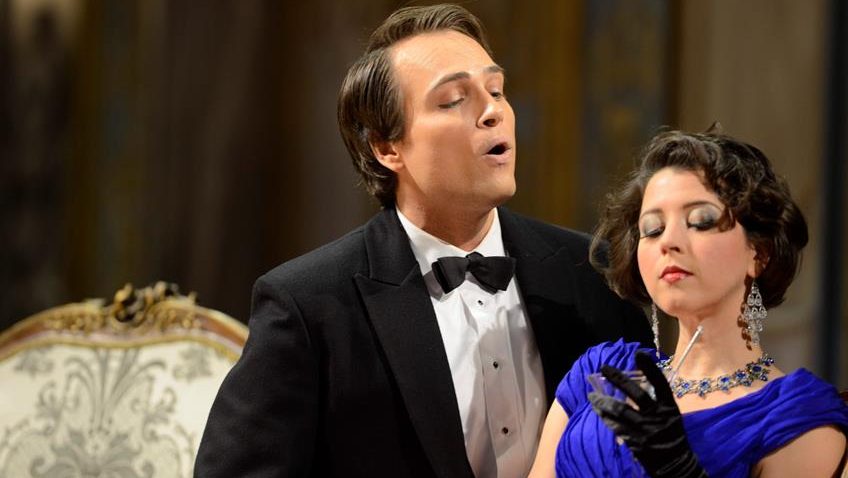 The courtesan, with a heart of gold, nobly sacrificing herself for the man she loves and dying of consumption, is the very stuff of which romantic dramas are made.

La Traviata (The Fallen Woman) was a popular subject for novelists, playwrights and painters in the 19th century.

La Dame aux Camelias, Alexandre Dumas’s semi-autobiographical novel and play, was inspired by his affair with the famous courtesan, Marie Duplessis, whom he shared with many others, including his father, and who died when she was only 23.

The play had had a succes de scandale in Paris in 1852. The most popular opera in the world was a fiasco at its premiere in Venice in 1853; and this was mainly due to the miscasting of the singers.

It was a huge success the following year and has been in the repertoire ever since, attracting the greatest sopranos such as Nilsson, Melba, Schwarzkopf, Callas, Sutherland, Freni and Caball.

Marcel Proust said that in La Traviata, Verdi had lifted La Dame aux Camelias into the realm of art.

The role has been played in the theatre by Bernhardt (perhaps, her most famous role), Duse, Bankhead, Feuillere, and on film by Garbo, and in ballet by Fonteyn (making her first appearance with Nureyev.)

The opera, rich in melody and drama, has been updated to the 1950s rather than set in its correct period, the 1850s, when it was a modern opera – too modern for the respectable bourgeoisie who were scandalised by the subject matter. Verdi had to put the story back to the 1650s and the reign of King Louis XIV.

There are two scenes which are memorable, dramatically and musically. The first is when Germont persuades Violetta to give up Alfredo. The second is Germont’s public condemnation of his son’s despicable behaviour at the gaming tables when he throws all his winnings in Violetta’s face. The incident leads directly into the tremendous Act III ensemble.

The 1950s suits Oropese well. She is an excellent singer and actor. It is a remarkable debut. She has good support from Sharder and from Powell whose authority is invaluable. Curran’s production is emotionally totally involving. Be prepared to be moved to tears.