Home / LIFESTYLE / REVIEWS > / FILM REVIEWS / A compelling and poignant documentary about the power of art. 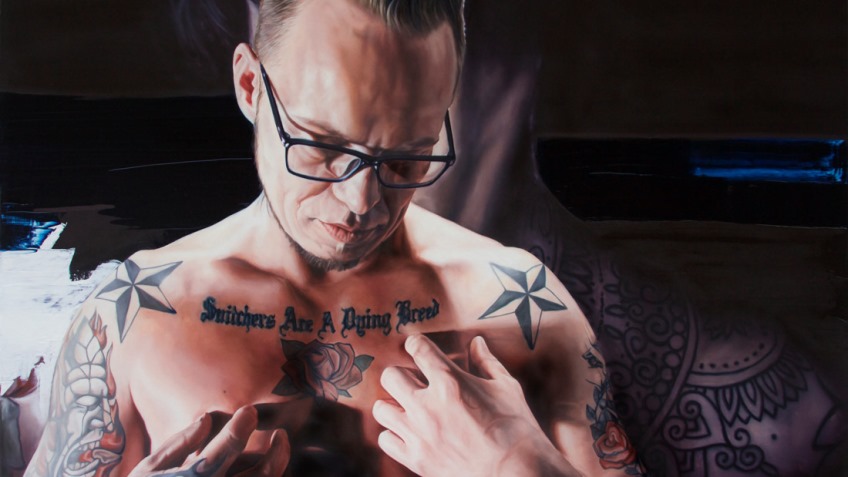 A compelling and poignant documentary about the power of art.

Many stories about artists and their muses end badly as a recent exhibition on Pre-Raphaelite Women revealed. But one of the most astonishing documentaries of the year tells a different tale, about the redemptive power of art. Director-cinematographer Benjamin Lee (Magnus), stumbled across a 2015 news article about the theft of two paintings worth €20,000 from the Gallery Nobel in Oslo while surfing the net under “art theft” – as one does. The two thieves, who impressed experts by having carefully removed 200 nails from the frame, went their separate ways with one painting each. What caught Lee’s interest was that the painter (Barbora Kysilkova) approached the thief on trial (Karl Bertil-Nordland) and asked to paint him, thus beginning a complex relationship of mutual dependence and attraction, trust, and therapeutic self-knowledge.

By the time Lee contacted the Czech painter, Kysilkova (who had just moved from Berlin to Oslo to live with her sympathetic older boyfriend, Øystein Stene), a friend had captured background footage of Kysilkova’s Oslo show and recorded the trial.

This early footage was apparently captured to document the painter’s arrival in Oslo and her first show there, but it does raise the first question about the extent to which this incredible story was engineered for the furtherance of Kysilkova’s career.

In any event, Lee took over and we have to be grateful for this serendipitous event, for he creates a gripping non-linear narrative about the bond that grew before his eyes between two strangers (their common language is English).

If Kysilkova’s request was a ploy to discover the whereabouts of her huge, neo-realist double portrait, she was out of luck. Nordland was a drug dealer and addict and was so stoned on that fateful night that he had no recollection of the painting’s fate. She does learn that he stole the painting “because it was beautiful”. The moment when Nordland sees the finished portrait of him is equally beautiful, as the stunned tattooed skinhead breaks down in tears before falling into Kysilkova’s arms. No one had ever looked at him – and seen him like that.

Lee eschews the conventional first-person interviews and instead, in voice-over narration, has Kysilkova and Nordland tell us about each other, and also, what they did not reveal to the other. He adds a relationship therapy meeting between Kysilkova and Stene, who is becoming increasingly worried about her obsession with painting – and Nordland, whom she continues to paint. This unusual approach pays dividends, as we discover that Kysilkova, too, is haunted by demons and self-destructive tendencies.

That Kysilkova invited a filmmaker into her relationship counselling session with Stene, and that Lee just happened to be trailing Nordland and his girlfriend, Sam, the night they broke up, raises more questions about contrivance, as opposed to luck and being at the right place at the right time. These are such personal moments that if the two protagonists are not uncomfortable with the camera capturing them, the audience is.

These questions aside, there is nothing else to fault in this story that you really couldn’t make up. It is not a straight redemption story, either on either side, but a rather messy one, as you would expect from real life.

In one scene, Kysilkova, who apparently does not have an agent, calls one gallery after another, receiving rejections and, cigarette and red wine glass in hand, apparently takes it personally. In a disturbing scene Kysilkova substitutes herself for Nordland’s previous girlfriend in an intimate portrait of Nordland and the equally tattooed Sam, lying on top of Nordland on a couch in her underwear. Kysilkova paints herself in the same position, but with more clothing.

There is a long stretch when Nordland, slow to relinquish his self-destructive bent, is in hospital having crashed his motor bike while riding high on booze or drugs or both. His recovery is miraculous, which you might not expect, until we see footage of him as a young, handsome gymnast, and slightly older, helping young kids at the gym. There is a lot about his past that Kysilkova does not know, Nordland muses as he tells us about his carpentry skills.

And this brings us to the savvy editing. It is legitimate for a documentary filmmaker to structure his documentary for maximum impact, and this Lee has done. At the end, the act of putting a new painting into a frame and hanging it for Kysilkova’s new show, becomes one of the most poignant and emotionally charged scenes in recent memory.