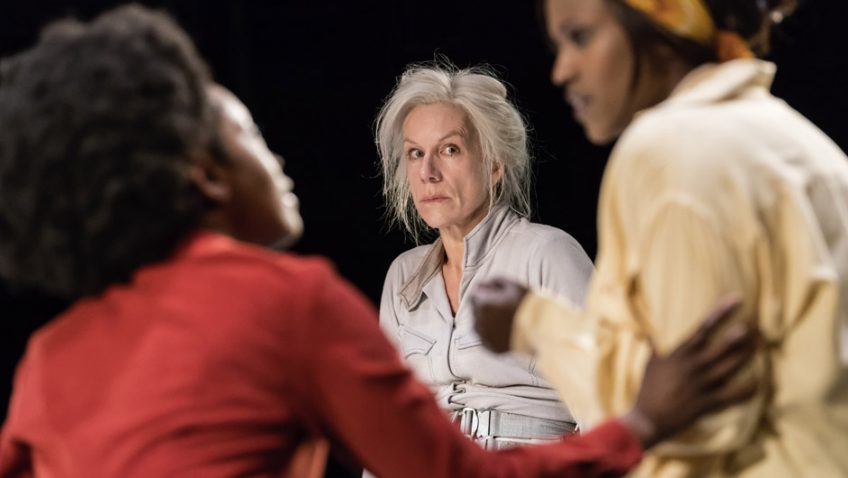 The last time Juliet Stevenson was at The Young Vic she was buried up to her neck in a low mound. Now she is in a harness and flying over a traverse stage. She is playing a woman, who in her youth had been an independent aviator and daredevil wing walker. 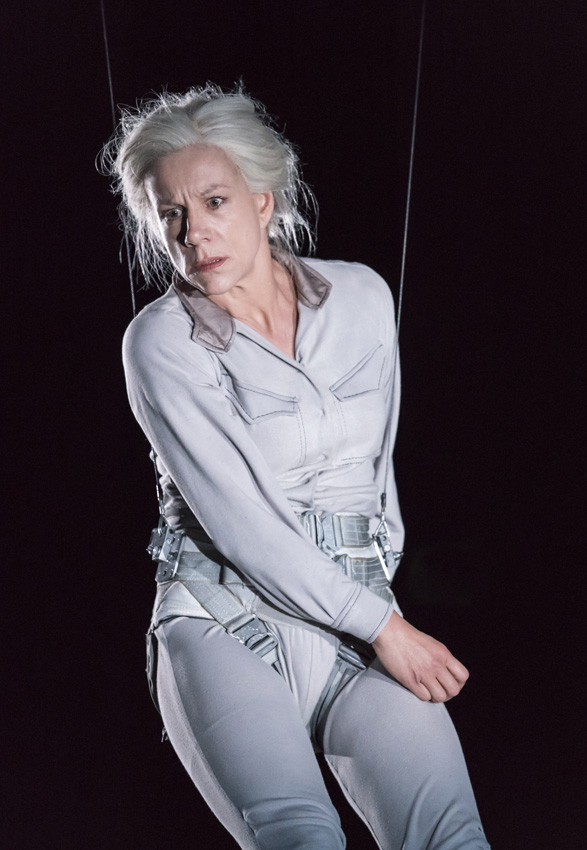 Kopit wrote his play originally for radio. Its success led to a staging at Yale and then New York. Constance Cummings, who created the lead role, won a Tony award in 1979.

Wings opens with the aviator in old age suffering a stroke and then goes through three stages over a two year span: the immediate aftermath, the treatment in hospital and the individual and group therapy which followed.

Kopit gets inside her distraught and chaotic brain. The result is 75-minutes of stream of consciousness, a work of speculation informed by fact, gained by his research with the help of two patients and their therapist.

The old woman’s sense of time and place and her sense of self are instantly shattered. She has no idea where she is. She remains in a void, thinking she is flying.

She can hear what the doctors and nurses are saying but they cannot hear her. She has lost her vocabulary and when she does talk she often talks gibberish. The irony is she thinks it is the doctors, nurses and carer who are talking gibberish

Kopit dedicated Wings to his father who had suffered a massive stroke and which had rendered him incapable of speech.

Usually the only chance a straight actor gets to fly in a theatre is in revivals of J M Barrie’s Peter Pan. Juliet Stevenson flies, glides, floats, somersaults and relives the aviator’s wing walking stunt. Her toes rarely touch the ground

Kopit didn’t want the actress in a wheelchair or exhibiting any physical disability. The focus should be entirely on her inner self. Instead the focus in this production is on the aerial gymnastics and Stevenson’s acrobatic prowess.