Home / LIFESTYLE / REVIEWS > / THEATRE REVIEWS / Is your view fair? Are you treating people equally without favouritism or discrimination? 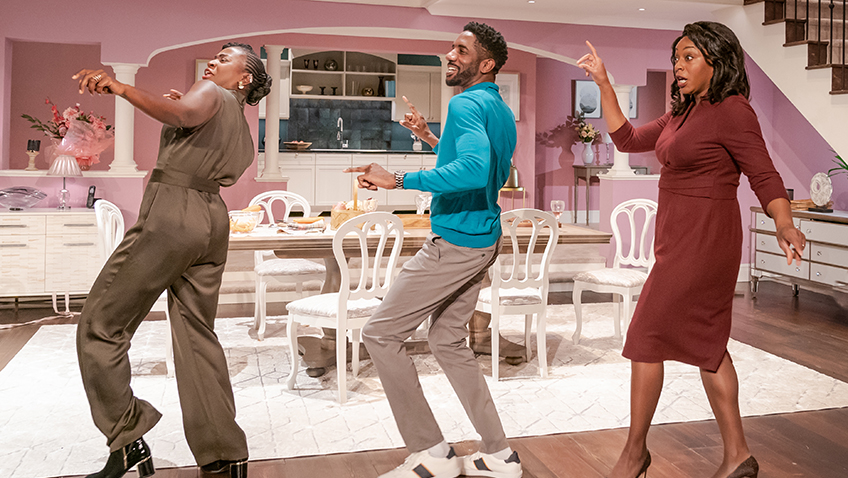 Is your view fair? Are you treating people equally without favouritism or discrimination?

Jackie Sibblies Drury’s Fairview, directed by Nadia Latif, has been described as a conversation about race. 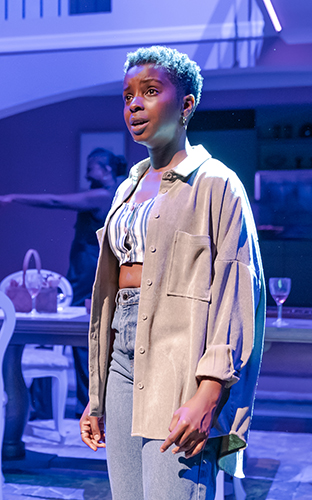 Fairview is about white attitudes to race; it’s an interrogation of white people’s subtly destructive preconceptions; it’s a radical examination of power and the way people process things.

Fairview has had a big critical success in American. The audience reaction was mixed. People either loved it or hated it.

The setting is a large theatrical living room, the sort of set you would not expect to see at The Young Vic; it’s the sort of set only the West End theatres and the National Theatre can afford.

The actors – Nicola Hughes, Rhashan Stone and Naana Agyei-Ampadu – are behaving as if they are in a black middle class family comedy drama, the sort of thing you might watch any night on TV, and giving it appropriate sit-com performances.

The script is poor. There is little laughter. You may feel that what the play needs is a TV studio audience, who already knows the characters and find anything they say or do automatically funny, to do the laughing for you.

I sat there wondering how on earth such a script could have won the Pulitzer Prize.

Act 2 repeats exactly what we had just seen in Act 1; but this time the performance is in mime and initially in total silence.

There is a voice-over commentary by white voices. They are having a discussion. And the big question is: If you could be any race at all, what race would you be?

The Young Vic has asked critics not to reveal what happens next and in the chaotic Act 3.

I will just say that Fairview is a divisive play designed to make white audiences feel uncomfortable and that it ends with a long faltering speech delivered by Donna Banya from a place that many people in the audience cannot see her.