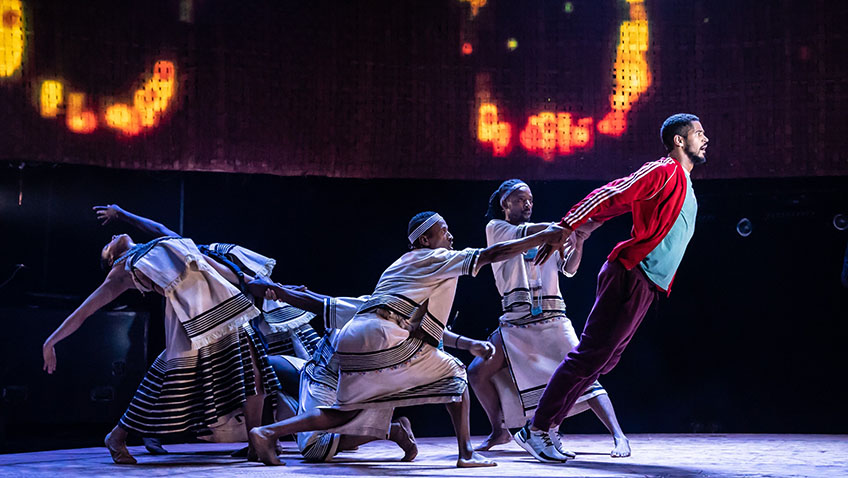 Tree, an exploration of South African heritage, has been created by Idris Elba and Kwame Kwei-Armah and was first seen in the Manchester International Festival earlier this year.

Kwei-Armah, artistic director of The Young Vic, says he and Elba wanted to create a piece of physical theatre which was an electric mix of music, dance and drama.

They also wanted the audience to be included in the story-telling.and for them to experience the kind of energy they would feel at gigs. 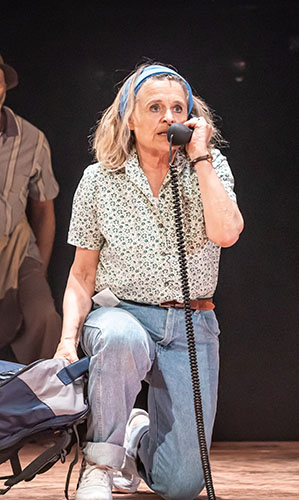 In 2013 Elba was in South Africa filming Mandela Long Walk to Freedom when his father died. It inspired him to produce the album “Mi Mandela”. The songs are dedicated to his late father.

A young man (Alfred Enoch), mixed race and British, travels to his ancestral home in South Africa with his white mother’s ashes which he intends to sprinkle on the grave of his black father who died before he was born.

He meets his granny (Sinéad Cusack), an Afrikaner. He meets his bitter and angry sister (Joan Iyiola) who is even less welcoming. She loathes Mandela and thinks the whites should hand over their lands to the blacks.

The young man also meets his father’s chief gardener (Patrice Naiambana) who tells him that “sometimes the dead need you to find them.”

The script is thin. The staging is everything and what gives the show its energy is the music, movement, mime, dance, song and imagery. The circular stage is bare. Images and glorious colour are projected on to a narrow cyclorama above the actors’ heads.

Choreographer Gregory Maqoma and musical supervisor composer Michael “Mikey J” Asante have a major role in the production. The mime and dance are particularly effective.

The choreography includes native dancing and nightmare scenes involving ancestral ghosts. The demonstrations, the violence, the murder and the arson, are all highly stylized.

The bulk of the audience stands. The performance lasts one hour and thirty minutes. There are seats in the circle for those who prefer to sit.

Before the show starts and after it has finished the audience is invited on stage to dance with the cast. What could be more immersive than that? It’s perfect for The Young Vic’s core audience.