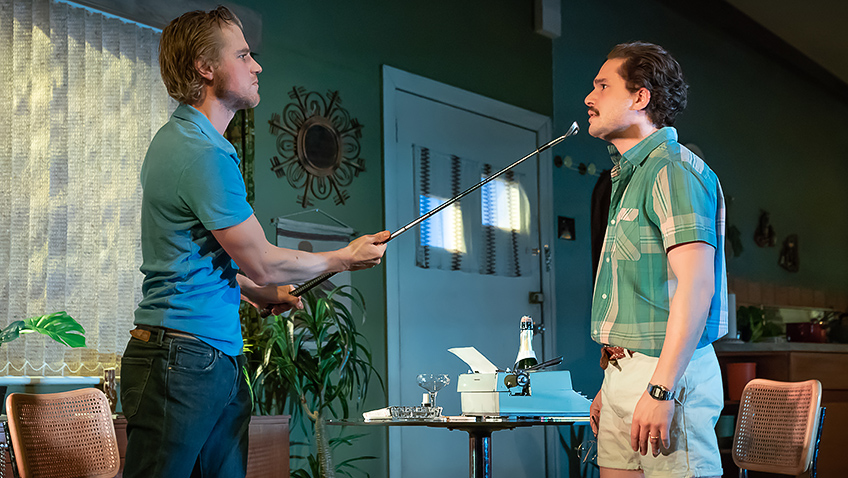 Sam Shepard, who died last year aged 73, is one of America’s leading playwrights. He wrote some 40 plays and appeared in some 50 films. His masterpiece is Buried Alive.

True West, a black comedy, dates from 1980 and is the story of sibling rivalry. It is one of his best and his subject, as always, is the death and betrayal of the American Dream.

The revival is directed by Matthew Dunster, Kit Harrington and Johnny Flynn play the brothers. 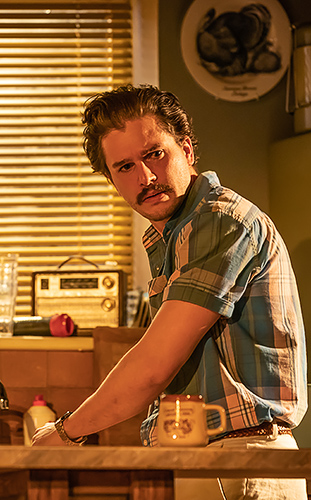 Austin (Harrington) is a screenwriter, who is on the point of having a Hollywood deal when his brother, Lee (Flynn), a rootless loner and petty thief, who has been living in the desert, returns after five years and ruins everything for him.

Both brothers are afraid; each separately thinking he is the only one who is afraid. They play off each other, driving each other to insane violence. It’s Cain and Abel all over again. Don’t tell me I can’t kill him because I can.

But which brother is Cain and which is Abel? Flynn and Harrington take it in turn to dominate the stage. In the text Shepard has Lee upstaging Austin in the first half and then Austin upstaging Lee in the second half.

“I always wondered what’d be like to be you,” says Austin. Flynn (so good in Martin McDonagh’s The Hangman) has the flashier role.

Harrington has gone out of his way to make himself look like a whimp. He wears spectacles, a moustache and a pair of short trousers which do him no physical favours whatsoever. Austin is a far cry from Jon Snow in Game of Thrones.

When True West was staged at the Donmar in 1994 Mark Rylance and Michael Rudko alternated the roles, emphasising not only what Austin and Lee actually do in the play (I.e. swap roles) but also making Shepard’s own statement of intention doubly clear.

I wanted to write a play about double nature, one that wouldn’t be symbolic or metaphorical or any of that stuff. I just wanted to give a taste of what it feels like to be two-sided. It’s a real thing, double nature.