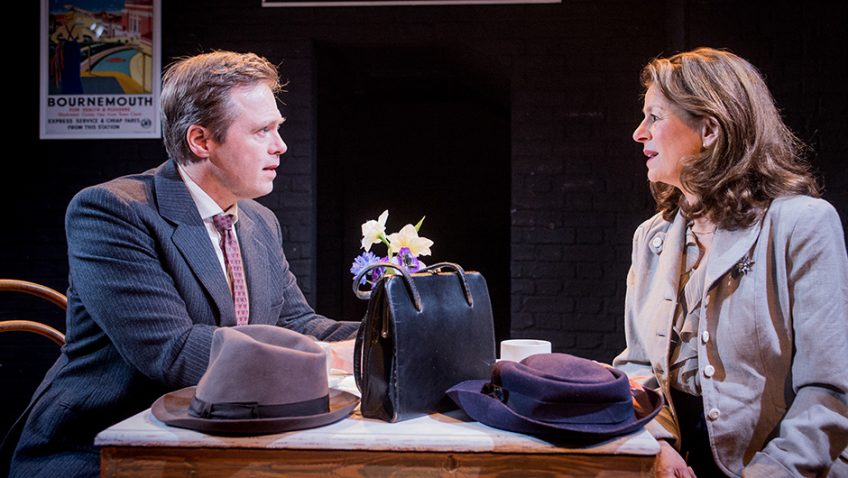 In 1936 Noel Coward wrote a cycle of nine one-act plays, as acting, singing, and dancing vehicles for Gertrude Lawrence and himself.

Tom Littler, artistic director of Jermyn Street Theatre, has wisely decided to turn a vehicle for two major stars into an ensemble piece and the leading roles are shared out between nine actors.

A lot of money has been spent on the production. There are 89 costumes. 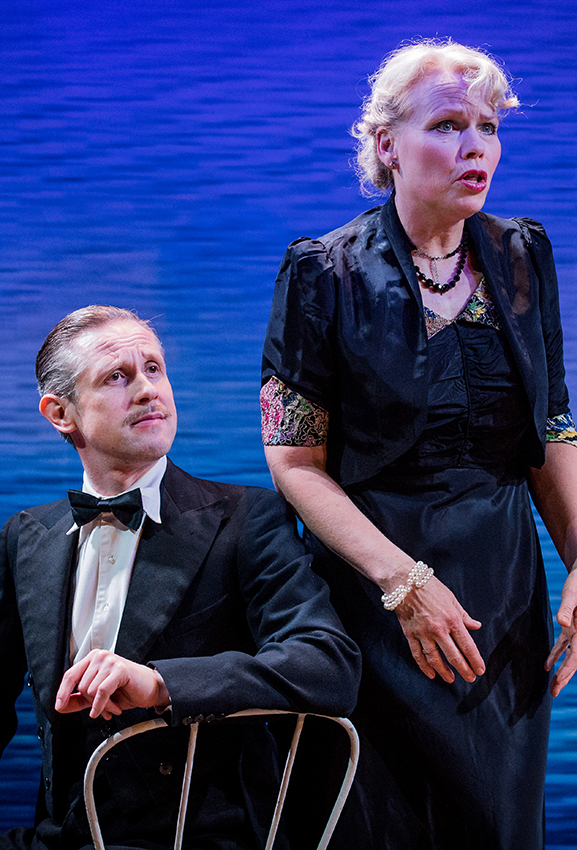 Ian Hallard and Sara Crowe in We Were Dancing – Bedroom Farces

We Were Dancing is very slight episode. Between the wars there was nothing much for Brits (Sara Crowe and Ian Hallard) who lived and worked in the colonies to do, except drink whisky and have affairs.

Ways and Means is set on the French Riviera. A married couple (Miranda Foster and Nick Waring) are so broke they decide to rob their hostess with the help of a former chauffeur (Ben Wiggins) who has turned burglar. Coward never like it.

Shadow Play. Coward described his pleasant theatrical devise which gave him and Gertrude Lawrence “the chance to sing as romantically as they could and dance in the moonlight and convince the audience they were very fascinating indeed.”

A Mayfair couple’s five-year marriage is on the rocks. The unhappy wife takes an overdose of sleeping tablets and whilst in a coma, relives past happy moments she shared with her husband.

The script is characterised as “a lot of small talk with quite different thoughts going on behind it.”

The message is clear: “Seize the moment. Grab every scrap of happiness while you can.”

Jermyn Street Theatre hasn’t the resources and space to give Shadow Play the magic it needs in order for it to work. 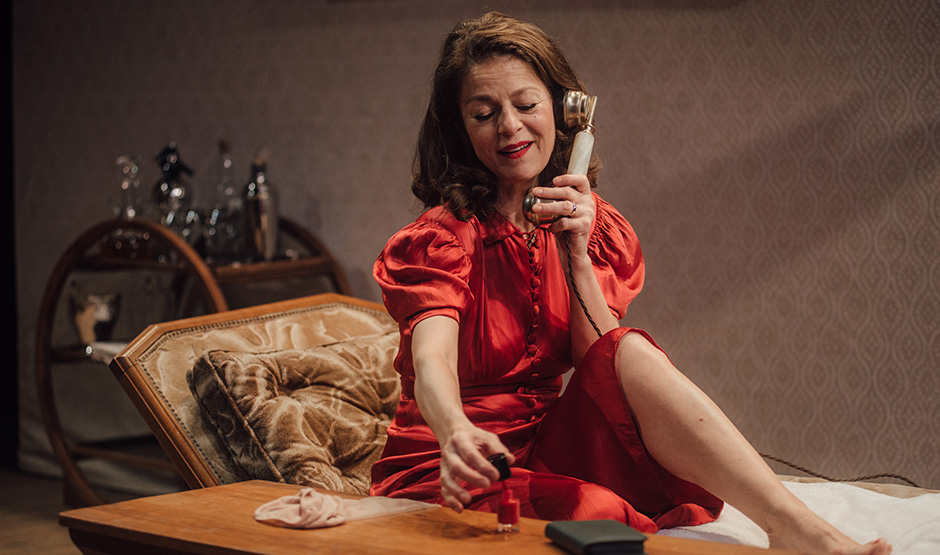 Miranda Foster in Hands Across the Sea – Nuclear Families

Family Album is a miniature operetta. A bourgeois Victorian family in the 1860’s, dressed in deepest black for the funeral of their much-hated papa, get tipsy during the wake.

Hands Across the Sea was said to be a joke at the expense of Lord and Lady Louis Mountbatten. The comedy comes from the confusion caused by the unexpected arrival of two colonials at a London home. The scatterbrained hostess (Miranda Foster) mistakes them for somebody else.

The Astonished Heart. A married psychiatrist is driven to madness by his obsession for his mistress and jumping out of a window. Coward said the play was “too esoteric to appeal to a large public.” The film with Coward, Celia Johnson and Margaret Leighton was a box office failure. 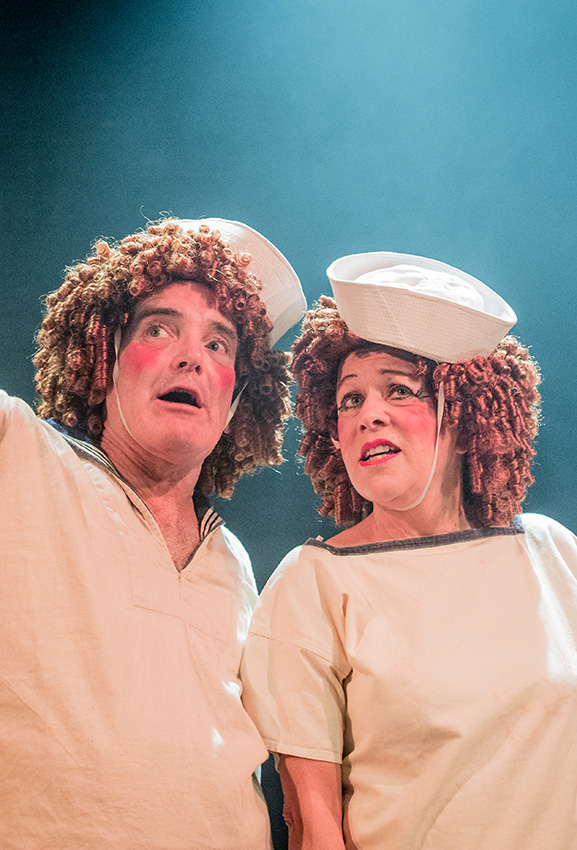 Star Chamber. A group of luvvies attend a charity meeting to discuss the finances of a home for destitute actresses and talk mainly about themselves. Coward was president of the Actors’ Orphanage and must have attended many such meetings.

Star Chamber had only one matinee performance in 1936 and now replaces a much better play, Fumed Oak, and the one Coward said he liked acting most of all.

Red Peppers. The fun originally was obviously in seeing Noel Coward and Gertrude Lawrence pretending to be dead common music hall artistes, squabbling in their squalid dressing room and performing two tacky routines, one as sailors, the other as toffs with top hats, tails and canes. Rosemary Ashe and Jeremy Rose have the Noel and Gertie roles.

Still Life. A doctor (Nick Waring) and a housewife (Miranda Foster) meet by accident at a railway station refreshment room and fall in love. Their essential decency and feelings of guilt lead them to hurt nobody but themselves. No stage performance can erase the memory of the David Lean film with Celia Johnson, Trevor Howard, Stanley Holloway, Joyce Carey, the station and the trains. The film is better than the play.

One thing is clear and that is Tonight at 8.30 is definitely not Noel Coward’s crowning achievement.

On Wednesdays, Thursdays and Fridays there is just one triple bill.

On Saturdays and Sundays it is possible see all nine plays on one day, starting at 11.30 and finishing at 9.50. There are two very long intervals in which there is plenty of time to have a meal.

The one-act play flourished in the Victorian age as a curtain-raiser to the main play.

Coward’s personal success with Tonight at 8.30 in 1936 (157 performances) failed to revive the genre.

Perhaps the National Theatre during the height of the tourist season could run a repertoire of plays at lunchtime?