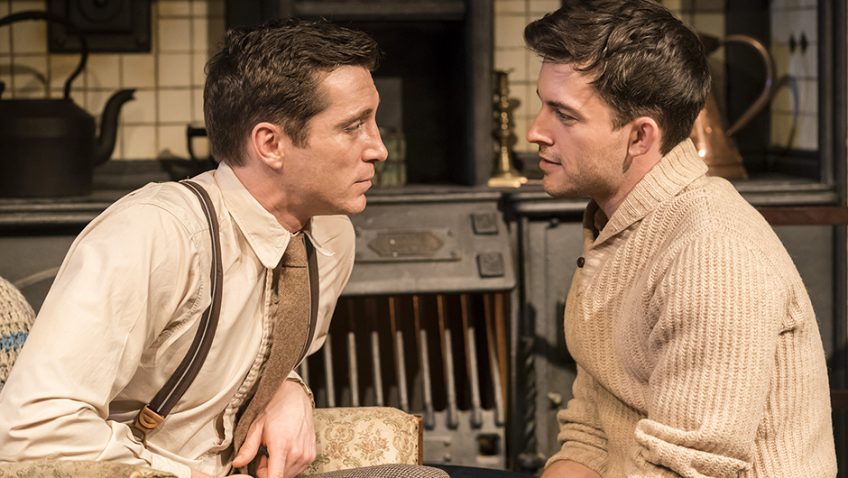 Peter Gill’s beautifully understated sad drama premiered at the Royal Court in 2002. Set in the early 1960s, it feels like a Royal Court play of that period; it is totally confident in its kitchen-sink realism and unafraid to move at a slow pace.

A young, middle-class, assistant director (Jonathan Bailey), working on the York Mystery Plays in York, falls in love with a taciturn and muscular member of the amateur cast, a local farm labourer (Ben Batt). 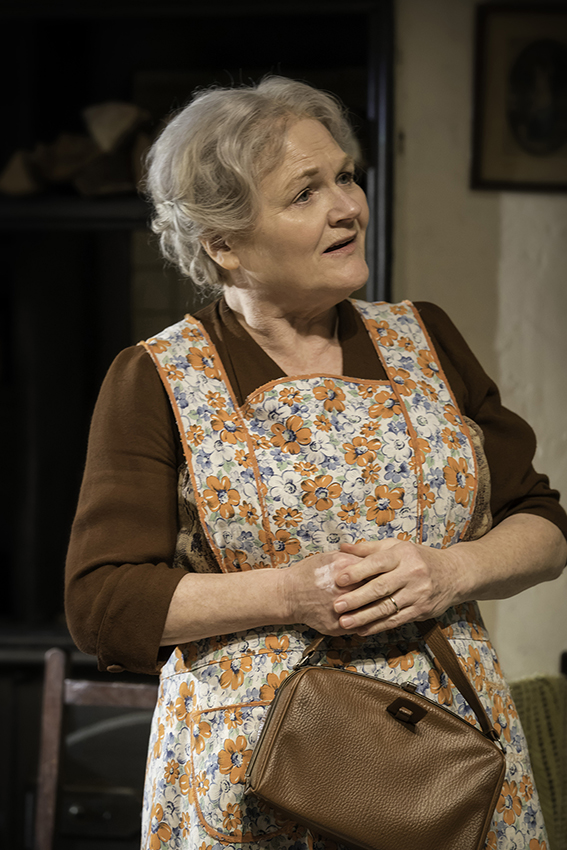 Lesley Nicol in The York Realist

The young director expects the labourer to come and live with him in London and be an actor, but the labourer, a realist, now in his thirties, thinks he has left it too late to become an actor and thinks that with his Yorkshire accent and his background he would be given a very restricted range of roles.

The labourer has no difficulty with his sexuality; but what would his family, working class, Chapel-folk, and the neighbours, think if the two men were actually to live together permanently? Would they, as they had done in the past, go on tacitly accepting he is gay and pretending not to notice?

It is, however, the clash of class, culture and geography which will keep them apart. Neither man is prepared to uproot and relocate.

The mutual attraction and emotional tension is sustained throughout by Batt and Bailey. The relationship with the mother (Lesley Nicol) is also perfectly gauged and there is a delightful scene when the whole family comes home, having just seen the York Mystery plays, and are so excited by what they have seen.

The play is excellently acted. The surprise is that Peter Gill is not directing the play himself. Robert Hastie’s production has Gill’s meticulousness to detail.

The York Realist has its roots in the working class plays of D. H. Lawrence, A Collier’s Friday Night, The Daughter-in-Law and The Widowing of Mrs Holroyd, written between 1909 and 1913, which Gill had so famously revived at the Royal Court in the late 1960’s.

It is interesting to compare Gill’s poignant play with Francis Lee’s film, God’s Own County, which is about a young gay Yorkshire farmer falling in love with a Romanian migrant. The film is so much more sexually explicit. The film is raw, naked, muddy; and, unlike Gill, Lee goes for a happy ending.