Home / LIFESTYLE / REVIEWS > / THEATRE REVIEWS / Do you believe in fairies? Wait till you see these! 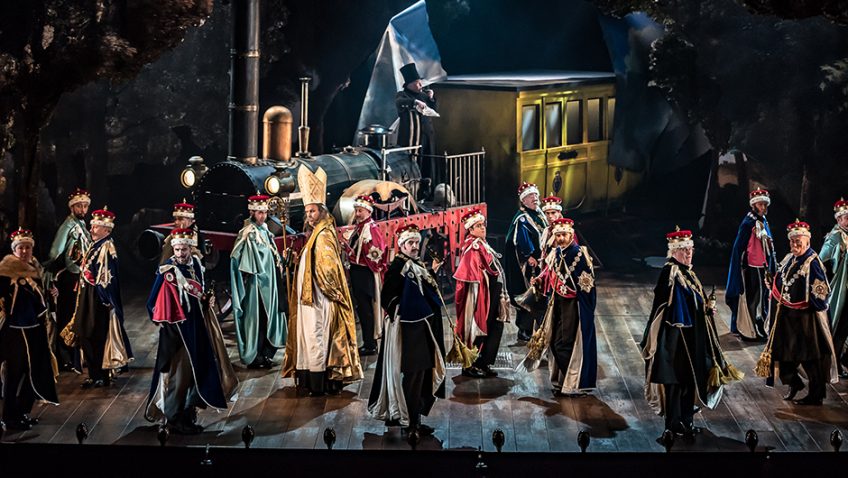 Do you believe in fairies? Wait till you see these!

After the disappointment of Mike Leigh’s production of H. M. Pinafore for ENO, one of the least funny Pinafores I have seen, my hopes were raised that Iolanthe would be funnier when I learned that Cal McCrystal, well known as a director for his physical comedy, was going to direct it.

Gilbert and Sullivan’s satire on politics, the hereditary system, the legislature, Wagner and fairies ran for 398 performances when it was premiered in 1882. The production was notable for the appearance of Grenadier Guards on stage and the electrically illuminated fairies. 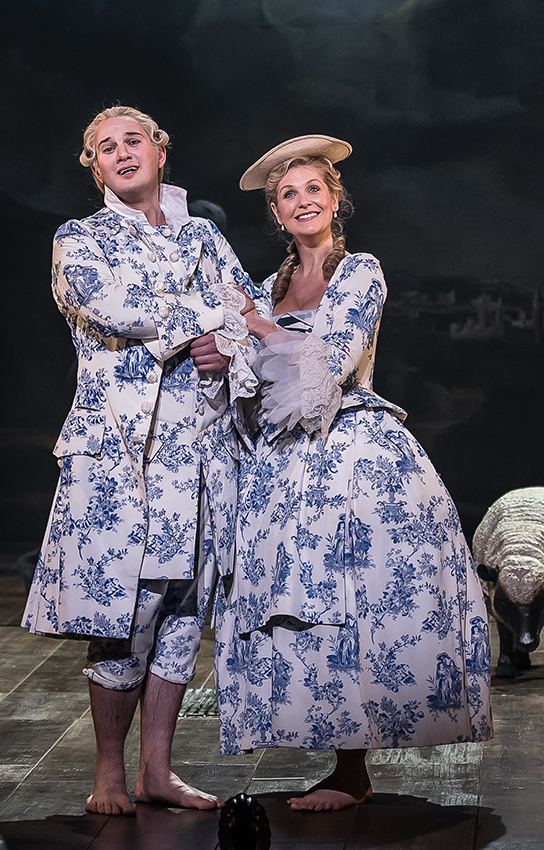 Victorian audiences naturally assumed that the Fairy Queen and the Lord Chancellor were modeled on Queen Victoria and Prime Minister Gladstone. McCrystal makes no attempt to update. The only modern reference is when a Boris Johnson lookalike bicycles across the stage.

Captain Eyre Massey, Chief of the Metropolitan Fire Brigade was a member of the first night audience in 1882. McCrystal’s innovation is that he now appears on stage; and acted by Clive Mantle he is there to warm the house up. He should be given more to do in the production itself

Much of the production is already very funny in a silly, topsy-turvy, camp pantomime sort of way and will be even funnier when it is next revived and more work has been done on it.

Walking into a pillar is only funny if you don’t see it coming. If the Page Boy (Richard Lemming) is going to do pratfalls they would be funnier if they were not so obviously engineered. The biggest laugh is when he (or rather a dummy lookalike) falls from the flies.

Two men dressed in black (like Bunraku puppeteers to signify they are invisible) should not be allowed to move sheep around and upstage the Arcadian lovers (clog-dancing Marcus Farnsworth and Ellie Laugharne) whilst they are singing their duet. 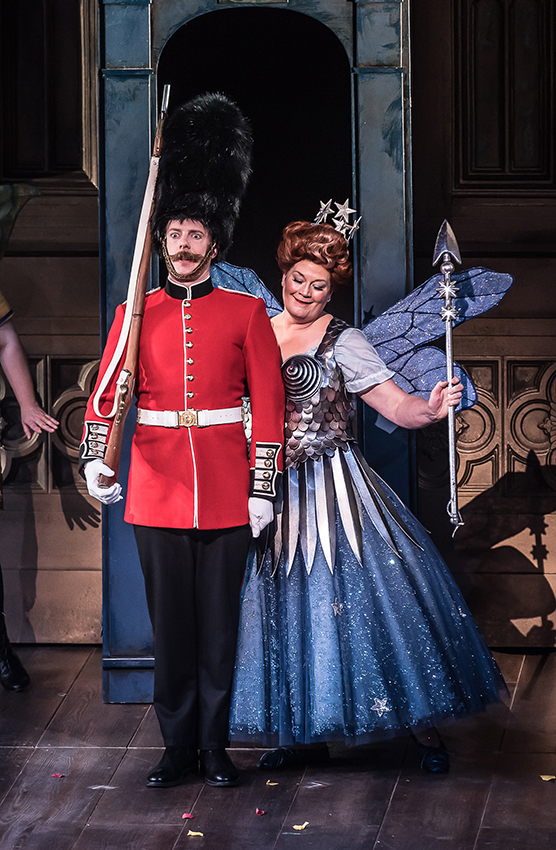 Samantha Price as Iolanthe is forced to posture far too much.

Do you believe in fairies? No need to clap; nowadays they are alive and well and everywhere. The ENO chorus, very game, are the least dainty tripping winged fairies you are ever likely to see. These hefty and galumphing women in their bright and vulgar costumes look as if they are in a circus or working in a Paris bordello.

The Lord Chamberlain (Andrew Shore), when he is singing “When I went to the Bar as a very young man” invites the audience to sing along with him with bare-bottom cheek .

Two earls (Ben Johnson and Ben McAteer) camp it up, competing over a shepherdess: “We were boys together,” observes one earl to the other. “At least I was.”

The gay innuendo is even more blatant when the Queen of the Fairies (Yvonne Howard) proposes marriage to the sentry (Barnaby Rea) on duty in his sentry box. “How would you like to be a fairy guardsman?” she asks.

Guardsmen, when off-duty in the 1880s were notorious for earning extra money as rent boys in St James’s Park at night.

The opera’s high spot is the entry of the chorus of Peers by train (which bursts through the scenery), and the singing of “Loudly can the trumpets bray! Tantantra!”