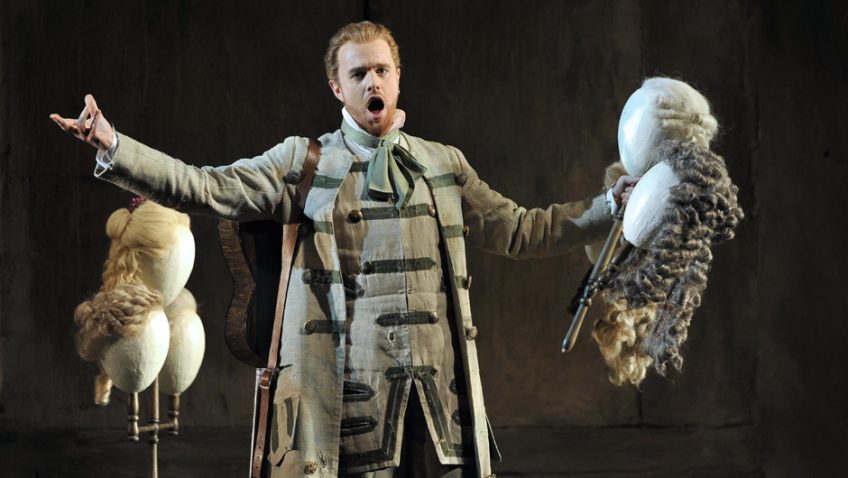 Rossini’s masterpiece, dashed off in less than three weeks, had a disastrous first night in Rome in 1816. The strings of a guitar broke; a singer tripped over a plank and got a bloody nose. A cat walked across the stage not once but twice. The audience laughed, whistled, hissed and meowed.

They made such a racket in the second act that scarcely a note was heard. It was said the claque had been orchestrated by Giovanni Paisiello, who had written an immensely popular opera with the same material 38 years earlier. 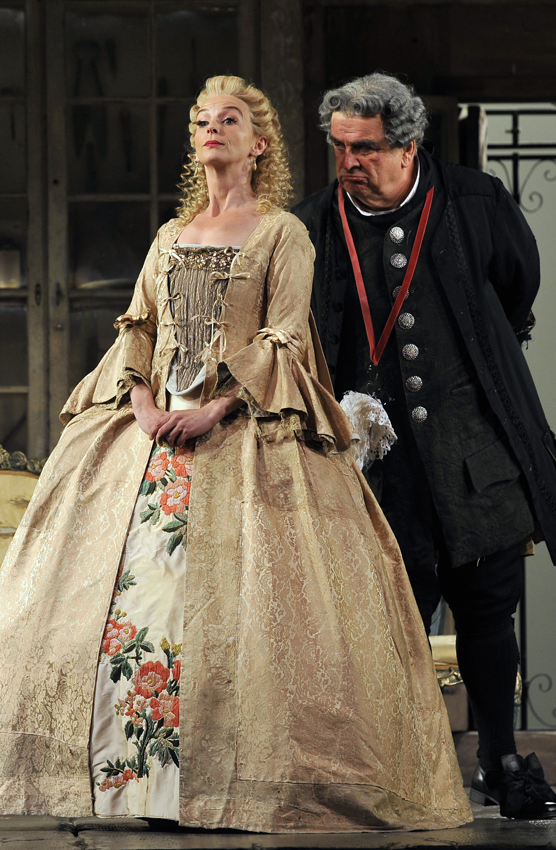 Sarah Tynan and Alan Opie in ENO’s Barber of Seville

Jonathan Miller’s production premiered in 1987. Conducted by Hilary Griffiths, it’s still in good shape and there is some lovely singing.

The funniest moment is right at the end when Count Almaviva (Eleazor Rodriguez) and Rosina (Sarah Tynan) go on and on and on, singing in the way opera singers do, and Figaro (Morgan Pearse) can’t get them to leave the stage and make their exit, a nice opera in-joke.

Alan Opie, the original Figaro in 1987, is now Doctor Bartello. In past revivals, Andrew Shore’s definitive comic performance turned old Bartolo into the leading role. He also had the best single line: “In my day opera was opera and men were sopranos.”

In Shore’s absence, Figaro can now take centre stage and Morgan Pearse’s strong personality and voice gets the production off to a terrific start and he is a star-turn throughout. Sarah Tynan is a sweet, beautiful and adorable Rosina.

Beaumarchais’ The Barber of Seville was the first in a trilogy of comedies written over twenty years, covering the intrigues and love affairs of an aristocratic family and their servants, both before and after the French Revolution.

In Britain The Barber of Seville (1775) and The Marriage of Figaro (1784) have been almost totally eclipsed by Rossini and Mozart respectively.

I know of no professional production in English of The Guilty Mother (1796), which was said to be one of Napoleon’s favourite plays.

It would be fascinating to see the Beaumarchais trilogy acted within its historical context and given its proper political significance.