Home / LIFESTYLE / REVIEWS > / DVD REVIEWS / The Wages of Fear, one of the great suspense thrillers 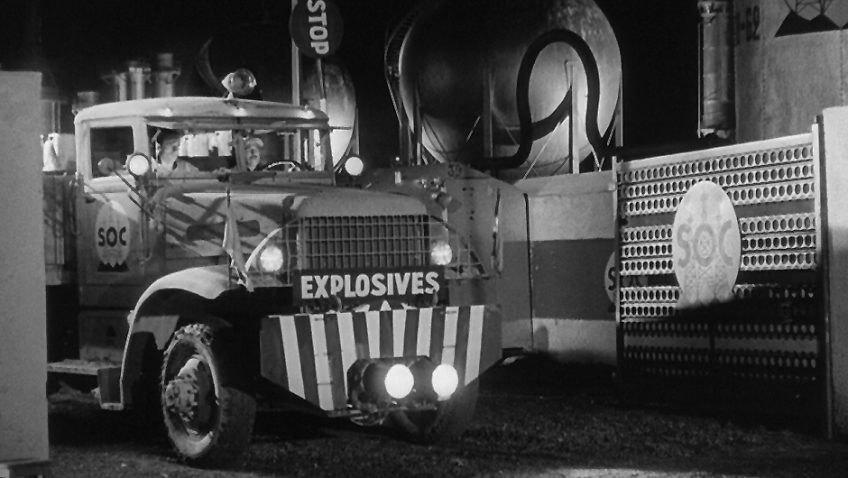 The Wages of Fear, one of the great suspense thrillers

The Wages of Fear (BFI), directed by Henri-Georges Clouzot and photographed by Armand Thirard, is one of the great suspense thrillers of all time and won Best Film Award at Cannes and Berlin Film Festivals in 1953. An American oil company in central South America offers $2,000 for driving a truckload of nitro glycerine cans. Once the four volunteers get on the rocky, perilous road, the suspense ratchets up and never loses its hold. The drivers are liable to be blown up at any minute. I still remember the first time I saw it and I have longed to see it again. It still holds up. The suspense on a rickety platform overhanging a ravine and the scene in a swamp full of crude oil will have you on the edge of your seat. The actors are Yves Montand, Charles Vanel, Peter Van Eyck and Folco Lulli. The film is a classic and is on no account to be missed.

Hampstead (EOne) is a romantic comedy about older people falling in love and is aimed at the older market. An elderly man, a recluse, a very clean tramp, has lived in a shack on Hampstead Common these last 17 years. He gets an eviction order and goes to court to defend his squatter’s rights to live there. He is befriended by an American widow whose life is going nowhere. Brendan Gleeson has the gravitas. Diane Keaton has the quirkiness. Will their lives be transformed? The relationship is highly unlikely – but that’s the point. It’s all very sentimental and saccharine sweet without any punch. The music on the soundtrack is especially treacly.

The Midwife (Artificial Eye). As you would expect the midwife spends her day delivering babies and we watch any number of births in full close-up. The French for Midwife is sage female and sage/sensible is what Catherine Frot is, all buttoned-up and leading a dull life. She is reunited with her father’s mistress whom she hasn’t seen in over 30 years and who is everything she is not: self-centred, flamboyant, brassy, a drinker, a reckless spender, a gamble, living life to the full, and generally doing everything a woman who is dying of brain cancer should not. And since she is played by Catherine Deneuve she is very watchable. Directed by Martin Provost, this is very much a woman’s picture and excellently acted by the two stars; but it would have been much truer to life if the midwife had not been liberated by the reunion and had not found love with a truck driver.

The Princess Bride (Lionsgate) didn’t do well at the box office when it was first released in 1987 but over the years this spoof of a medieval romantic swashbuckler has become a cult classic to which kids can safely take their parents. You might expect, since William Goldman is writing the script, that it would have a funnier and sharper edge; but it’s fun. Cary Elwes is the nonchalant, charming hero. Robin Wright is the damsel in distress, forced to marry the wicked king who is planning to murder her on their wedding night, the ultimate petite mort. Rob Reiner is the director.

Tommy’s Honour (Thunderbird) is a loving and sentimental tribute to Tom Morris, the father of modern golf, and his son, also called Tom, a brilliant golfer who won the open championship three consecutive years (1868-1870) whilst still a teenager. In a class conscious era, dad (Peter Mullan) knows his place; but his son (Jack Lowden) is more confident when it comes to demanding proper payment from his so-called betters. The small screen is its proper home. The film will probably appeal only to golfers. It’s directed by Jason Connery.

Villainess (Arrow) is a South Korean action movie directed by Byung-gil Jung, and not to be taken seriously. It begins as it means to go on with a bloodbath: 8-minutes non-stop slaughter with an absurd amount of killings with guns, knives, swords, crowbars, etc. It’s one mindless, frenetic, brutal stunt after another, always high on energy and especially so when three sword splashing motorcyclists are speeding through a road tunnel. The heroine (Ok-bin Kim) on her wedding day, looking very beautiful in her white gown and just about to take her vows, is ordered to go to the lavatory and assassinate somebody. The film is technically very impressive and will appeal to young audience who enjoy playing sadistic games.