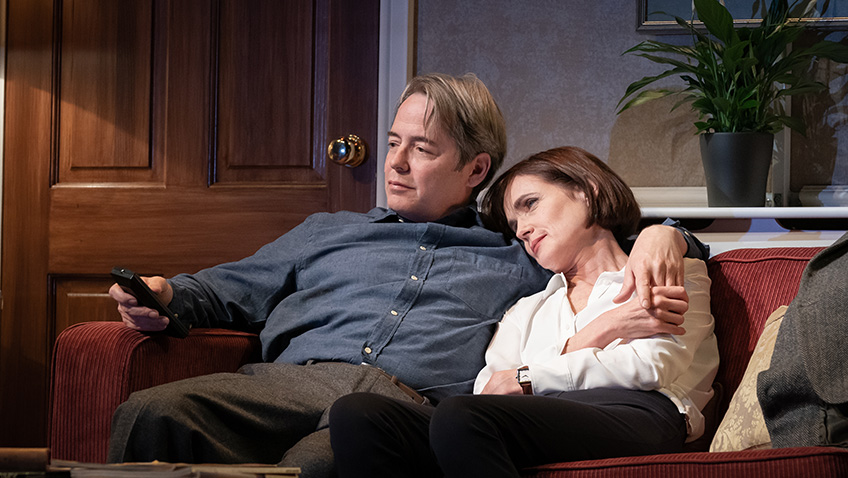 Matthew Broderick, still remembered 32 years on by so many for Ferris Bueller’s Day Off, is making his West End debut in a role he has already acted with great success in New York.

Kenneth Lonergan, the American playwright and author of The Starry Messenger, is probably best known to British audiences as the director and screenwriter of the film Manchester by the Sea, an in-depth portrait of a deeply troubled loner (played by Casey Afleck) who is forced most unwillingly to parent an orphaned teenager when his elder brother dies. 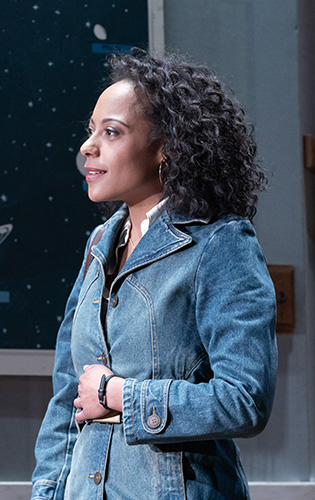 Rosalind Eleazar in The Starry Messenger

The film was notable for its maturity and sensitivity, qualities which The Starry Messenger also has. Some audiences may find the play too slow for them. It is a very slow-burner indeed and it never ignites. You wait in vain for the drama to begin. It is also far too long. It lasted nearly three hours (including interval) on the press night.

Lonergan and Broderick were friends when they were teenagers. Broderick is cast as Mark, a disillusioned teacher of astronomy in New York’s Hayden Planetarium, who is suffering a midlife crisis at work and at home.

He feels he is second-rate and has failed. He wanted to be an astronomer not a teacher. His marriage is excruciatingly boring. He and his wife have difficulty communicating. The banality of their conversation is so banal it is comic. He has a 15-year-old son who plays loud music late at night.

Broderick’s performance, passive to the point of inertia, is beautifully understated and, fortunately, full of dry humour. Elizabeth McGovern is cast as his wife but she doesn’t have as much to do as you would expect following her success in Downton Abbey.

Rosalind Eleazar has the better role of the trainee nurse from Puerto Rica, a single mother with a 7-year-old son. Mark has an affair with her.

There is a good support by Jim Norton as an old man dying in hospital and Jenny Galloway is amusing as an ignoramus.

There is a scene stealing cameo by Sid Sagar as an obnoxiously arrogant student who writes a full critical report on Mark’s teaching.