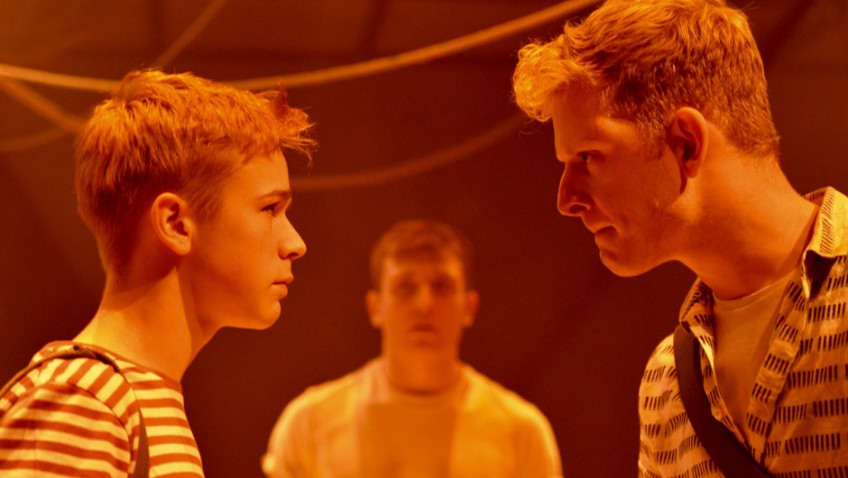 The Burnt Part Boys, a small-scale American musical, which premiered Off-Broadway in 2010, is acted straight through without an interval and lasts 1 hour and 40 minutes.

The story is set in a coal mining community in West Virginia in 1962. The book is by Mariana Elder. You would have thought she would have come up with a better, more box-office title. 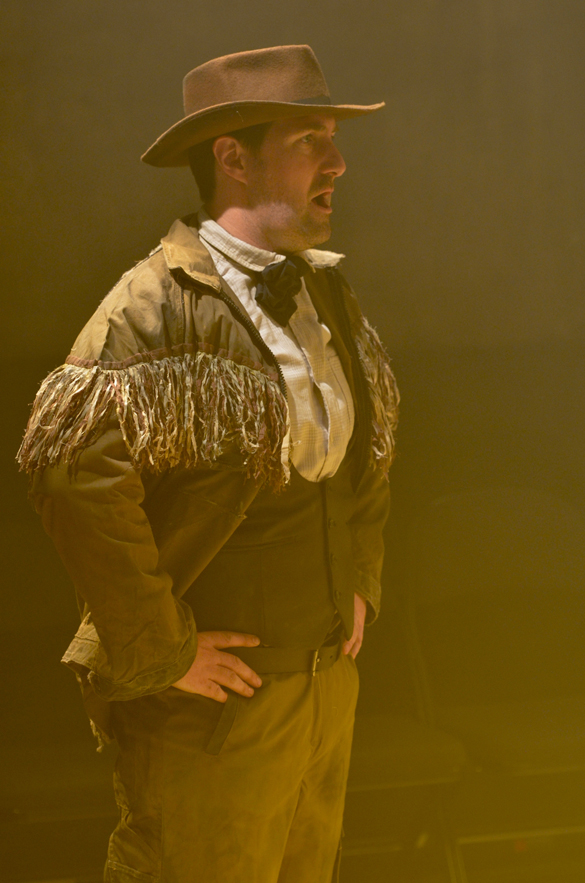 Pete (Joseph Peacock), a teenager, is shocked to learn that the mine in which his father lost his life ten years previously is to be re-opened. He thinks the Burnt Part of the mountain should remain a grave and a memorial to the men who died in the disaster.

He determines, with the aid of his best friend (Ryan Heenan), to dynamite it and seal it forever. Can his older brother and his brother’s best mate stop him?

Pete has a fantasy of himself as Davy Crocket and Jim Bowie as played by John Wayne and Richard Widmark in The Alamo. His ghost Dad (David Haydn) acts out his fantasies.

Matthew Iliffe directs an intimate in-the-round studio production using just chairs and ropes. There is a cast of ten and a band of five.

Chris Muller’s music is country, folk and blue grass. The lyrics are by Nathan Tysen. The singing is good but there are too many songs and they all sound the same.

Mining disasters have always been a good subject for movies. Remember the Kirk Douglas film, Ace in Hole. The best way to tell the story and the dangerous mountain climb would be on film and without the songs to hold it up.

I did see an excellent American musical about a man trapped in a mine. It was called Floyd Collins by Adam Guettel and it was at Southwark Playhouse four years ago.

The Burnt Part Boys is not in the same league.