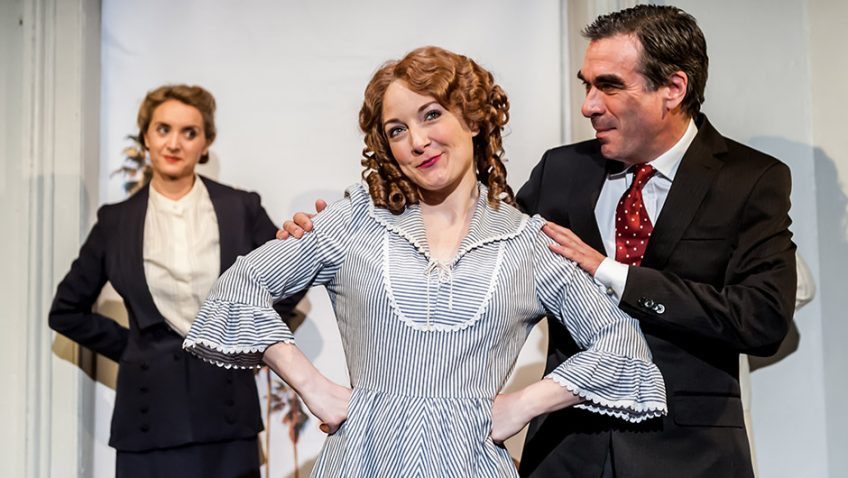 The first professional UK production in over 35 years

The Biograph Girl, a musical by Warner Brown and David Heneker, celebrates the early days of the silent movies.

David Heneker (1906-2001) wrote the music for Half A Sixpence, which had a very successful run in the West End with Charlie Stemp in the Tommy Steele flash bang wallop role.

The Biograph Girl begins in 1912 when movie-makers exited New York and headed for Hollywood. It ends in 1928 with the coming of the talkies. The musical does not pretend to be historically accurate. 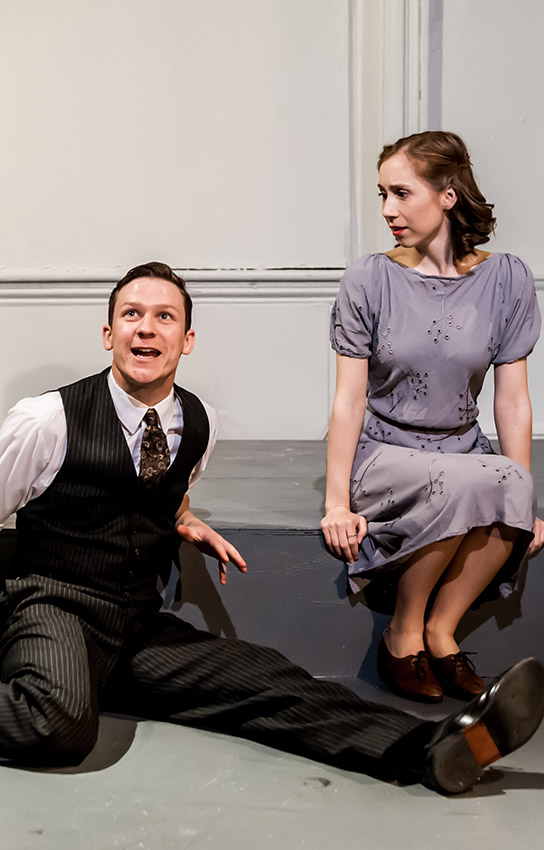 Matthew Cavendish and Emily Langham in The Biograph Girl

When it premiered at Phoenix Theatre in 1980, the producers were worried that audiences would not know who D. W. Griffith, Mary Pickford, Lillian Gish and Max Sennett were.

Mary Pickford was America’s biggest box-office star in the silent era. She began filming at 16 and her screen persona, sweet, innocent, lovable, made her The World’s Sweetheart.

She was known as Little Mary and The Girl with the Curls. She inherited the title of Biograph Girl only when Florence Lawrence, the first big movie star, left the Biograph Studio.

The script pays tribute to the great director, D. W. Griffith, and his innovative cinema techniques, cross-cutting, close-ups, fade-outs. His most famous film, The Birth of the Nation (1915), transformed film into an art form.

Mack Sennett, famous for slapstick, bathing beauties and the Keystone Cops, was known as the King of Comedy.

The musical is dedicated to Lillian Gish, who was the greatest actress of the silent era and when the talkies arrived she went on to have a highly successful career on the stage.

The producers of The Biograph Girl in 1980 invited Gish (who was then 87-years-old) to the premiere and got a lot of publicity. It made no difference to the advance booking. The cast had no names, the public stayed away and the show closed early.

There have been musicals about the silent cinema, the most notable being the film, Singin’ in the Rain. There has also been Mack and Mabel, a Jerry Sherman and Michael Stewart Broadway musical about Mack Sennett and Mabel Normand.

Heneker even attempts to do a pastiche Sherman “Hello, Dolly” number but the Finborough has not got the space it needs.

The Biograph Girl has the same fault as Mack and Mabel, a poor book; and the songs aren’t as good as Sherman’s nor are they strong enough to compensate.

The director Jenny Eastop has stripped the musical right back to a company of nine and a single piano. At the Phoenix it had a cast of twelve and an orchestra of ten.

The present production reinstates a song, Rivers of Blood, which focused on the racism in The Birth of the Nation and which was cut before it reached the West End in 1980.

One of the high spots is Matthew Cavendish as Mack Sennett auditioning for Griffith with a highly physical silent comedy act and then justifying himself: “I just wanted to make him laugh.”