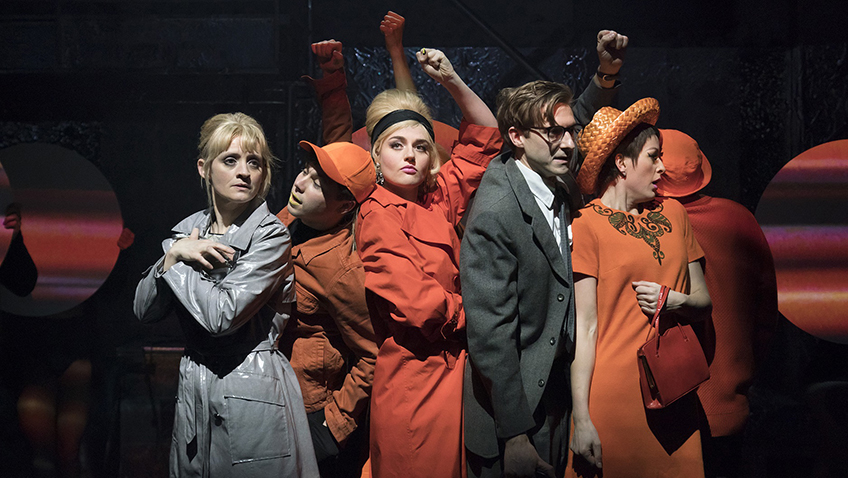 Want a good time? Want some laughs? Want some fun? How about Cy Colman’s Sweet Charity?

Josie Rourke, who has been associated with the Donmar since 2000, takes her farewell as artistic director, with a revival of the ever-popular Sweet Charity.

The witty book is by Neil Simon. The music is by Cy Coleman. The tart lyrics are by the legendary Dorothy Fields.

The musical is based on Federico Fellini’s 1957 film, Nights of Cabiria, with its heart-rending performance by Giuletta Masina. 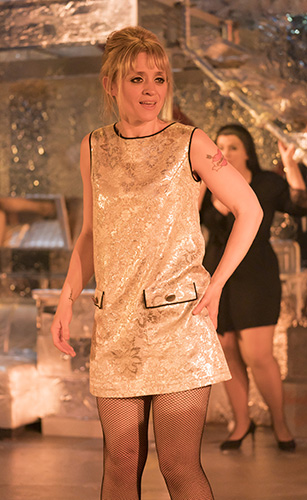 The role of Charity needs a comedienne who can sing, dance and act. The role was created by the great Gwen Verdon, Bob Fosse’s wife and muse, in New York in 1966.

Charity is an adorable, sweet naive dance hall hostess, who only dances with her clients. Unlike Cabiria she is not a prostitute. She longs for respectability and marriage but she is so dumb she thinks a guy who has a fixation on innocence and purity will actually marry her.

Charity is always unlucky in her choice of men, whom she invariably trusts and who invariably rob and dump her. The role was played by Juliet Prowse in London in 1967 and by Shirley MacLaine on film in 1969. The role is now played by Anne-Marie Duff.

The musical has always been rated highly and not least on account of Bob Fosse’s inventive, witty, highly distinctive, highly stylized and ultra-sophisticated choreography. His most famous number, the mordant Big Spender, with the jaded hostesses lining up and offering fun, laughs and a good time, remains one of the great Broadway showstoppers of all time.

There are references to Andy Warhol’s Silver Factory. The cast wears Warhol wigs in the frenetic Rich Man’s Frug. Lizzy Connolly and Debbie Kurup use Brillo Bad Poxes in Baby Dream Your Dream. The boxes are like Russian dolls with more and more boxes inside each box.

Arthur Darvill is the anxious guy and he has a very funny scared-stiff sketch in a lift stuck between floors. Adrian Lester makes a guest appearance as a cult religious leader in the Rhythm of Life.

Anne-Marie Duff can do the pathos perfectly; but that great vaudeville top-hat-and-cane solo number, “If My Friends Could See Me Now,” which really does need a big Broadway dance comedienne, is clearly outside her comfort zone.

Josie Rourke’s production has the confidence not to be sentimental and deliberately ends on an unhappy note.