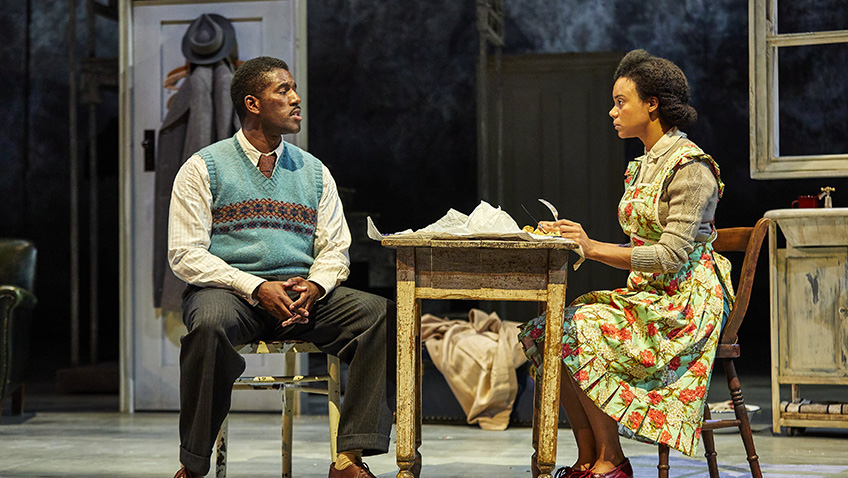 Andrea Levy’s prize winning novel has been successfully adapted for the stage by Helen Edmundson and given a fine cast and an epic staging by Rufus Norris.

Sadly, Levy did not live to see it. She died earlier this year just before the National Theatre went into rehearsal. She was 62. 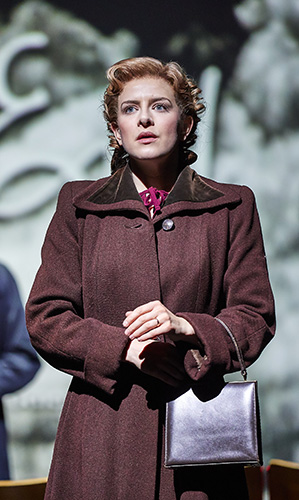 The novel describes the challenges faced by the Windrush generation on their arrival in Britain in 1948. Their dreams are quickly shattered. They find they are not welcomed with open arms. The racism in the workplace and in the street is blatant. “When are you going back to the jungle?”

Hortense (Leah Harvey), a light-skinned Jamaican school teacher, who is in love with her cousin (C. J. Beckford), discovers during a hurricane (in which she hoped he would come to rescue her) that he loves a white woman and not her. She never gets over it.

She marries Gilbert (Gershwyn Eustache Jnr) only because it will enable her to achieve her dream of coming to England.

She is shocked when she joins him in London to find that he lives in a squalid single room and that her Caribbean teacher qualifications do not allow her to teach in England.

Gilbert, who fought for the Brits in the RAF during World War 2, also has ambitions which will never be realised. He had dreamed of going to university and becoming a lawyer.

The boarding house in which they live is owned by Queenie (Aisling Loftus), a Lincolnshire woman, who came to London to work for her aunt in a sweet shop and married Bernard (Andrew Rothney), a dull bank clerk.

Bernard joined the RAF and went missing. In order to survive financially Queenie turned the home into a boarding house and accepted people of colour as tenants, to the vocal disapproval of her neighbours.

The story is told and acted with compassion and humour. The production, which lasts 3 hours and 10 minutes and takes full advantage of the Olivier stage, has a tremendous sweep and benefits enormously from Jon Driscoll’s projections of archive material on the huge cyclorama.

NB. Small Island will be broadcast live on 27 June.